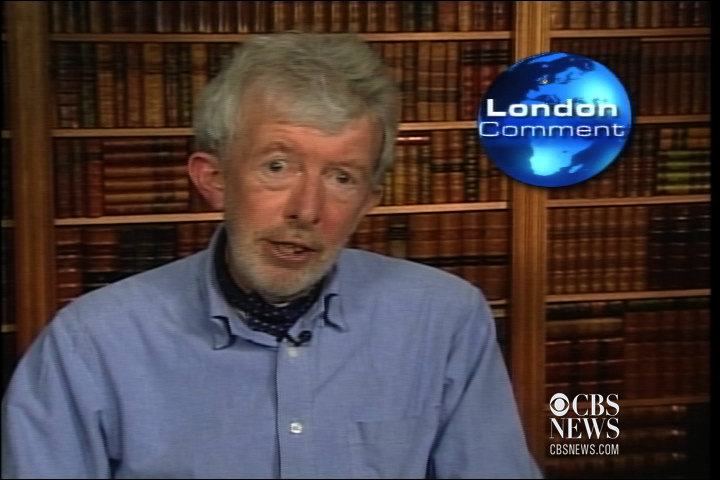 An essential tip for reporters who arrive in a strange country and need an instant briefing about current events - take a cab, ask the man at the wheel - because taxi drivers, the whole world over, always seem to have the answers.

Here in London, the men and women who steer our famous black cabs can always be relied on to know how to get anywhere. But they are also renowned for making gloomy comments about any topic you care to name. They can bring you up to speed on the state of British economy - complete with an anecdote about what the Governor of the Bank of England said when he was sitting in the back the other day.

They know the problems we're having with Europe and the Euro currency -- they probably gleaned it from a merchant banker on his way to an appointment . They don't trust politicians - politicians never tip them. They're old-fashioned, somewhat right-wing and almost always incurable pessimists. Except when it comes to the subject of Her Majesty the Queen - God bless her. If you ask a London cabby to predict some really good news, you are very unlikely to hear anything about the Olympic Games taking place in London this summer. But your driver will go dewy-eyed about the forthcoming celebrations to mark Queen Elizabeth's diamond jubilee. In this sad uncertain world, the Queen - like the cabbie's view of the world - is something solid to rely upon.

But be warned. An important medical study has just been published. A team of British neuro-scientists monitored the brains of London cabbies for four years. They followed them through training where each candidate has to learn every street in this huge city by heart. It is probably the most rigorous test of road knowledge in the world. And what happens is that their posterior hippocampus - the bit that stores memory - gets measurably bigger and eventually fills up. Which means that they don't take to new ideas at all. There simply isn't room up here. Remember that when you ask them what they think. This is Ed Boyle for CBS News in London.