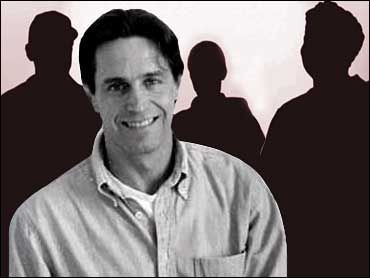 The Saturday Early Show,'s family and adolescence counselor, Mike Riera, provides advice to parents who emailed us to "Ask Mike" about their problems with their kids.

Dear Mike,
Our son is 11 years old, and if he wants something he will nag, cry, kick and scream, but only when he doesn't get his way. We do give in sometimes to items that are reasonable, but when we do not, he is hard to live with. We feel sorry for his five-year-old brother because when they play sports, my older son gets mad and quits. Is he angry, spoiled, both or what?

Probably a little of both, angry and spoiled. Maybe even angry that he is spoiled. And now is the time things need to change, because once he reaches adolescence it'll be much tougher.

You and your husband need to take a few deep breaths together, vow to support one another, and take this head-on. It's going to take some time, and I won't kid you, it won't be anything like fun either. Any time you change the pattern at home, like setting limits that you've been wishy-washy on, expect a strong reaction at first. If you stop there, the pattern will resume. If you hang in there, probably one or two weeks at most -- and it'll be a tough transition time -- then things will calm down.

Talk with him ahead of time to prepare him for the shift. Ideally he'll agree that he has a problem with anger and doesn't like that in himself. Come prepared with some examples of his overreactions: at school, at home, on the ball field. Tell him that this behavior needs to change and that you are going to help.

What Ground Rules Should You Set?

Spell it out. When we say no we mean no. You can ask again one more time if you think we didn't understand or really listen to you, but not again. Then prophesize the future: You will probably get upset and cry or kick. Just know that we are going to stick with what we say no matter how you respond. We expect it'll take a few weeks or longer to break this habit, but we're sure we can do it. Then before you stop, or later on, ask him what his ideas are to change this behavior.

Dear Mike,
I am a 43-year-old single mom who has been divorced for two years and recently started dating. My teenagers have a very difficult time with my new love interest. My daughter, who's 18, says it's weird; my 15-year-old son just says he hates my boyfriend without giving me a real reason. How can I help my kids adjust to their mom dating?

This is a huge topic that typically splits single parents: Some say take care of yourself and date; the kids will adjust. Others say wait until they are out of the home before dating again; you're a parent first, and don't lose sight of that. I'm in the middle; it depends on the situation.

When parents divorce, kids have little control or influence over the decision, and as a result many kids look for areas where they can reassert their influence, sometimes trying to assert more influence than is realistic. Dating is one of these areas in many divorced families. Both your kids are having a problem, which means there is something going on that needs to be identified.