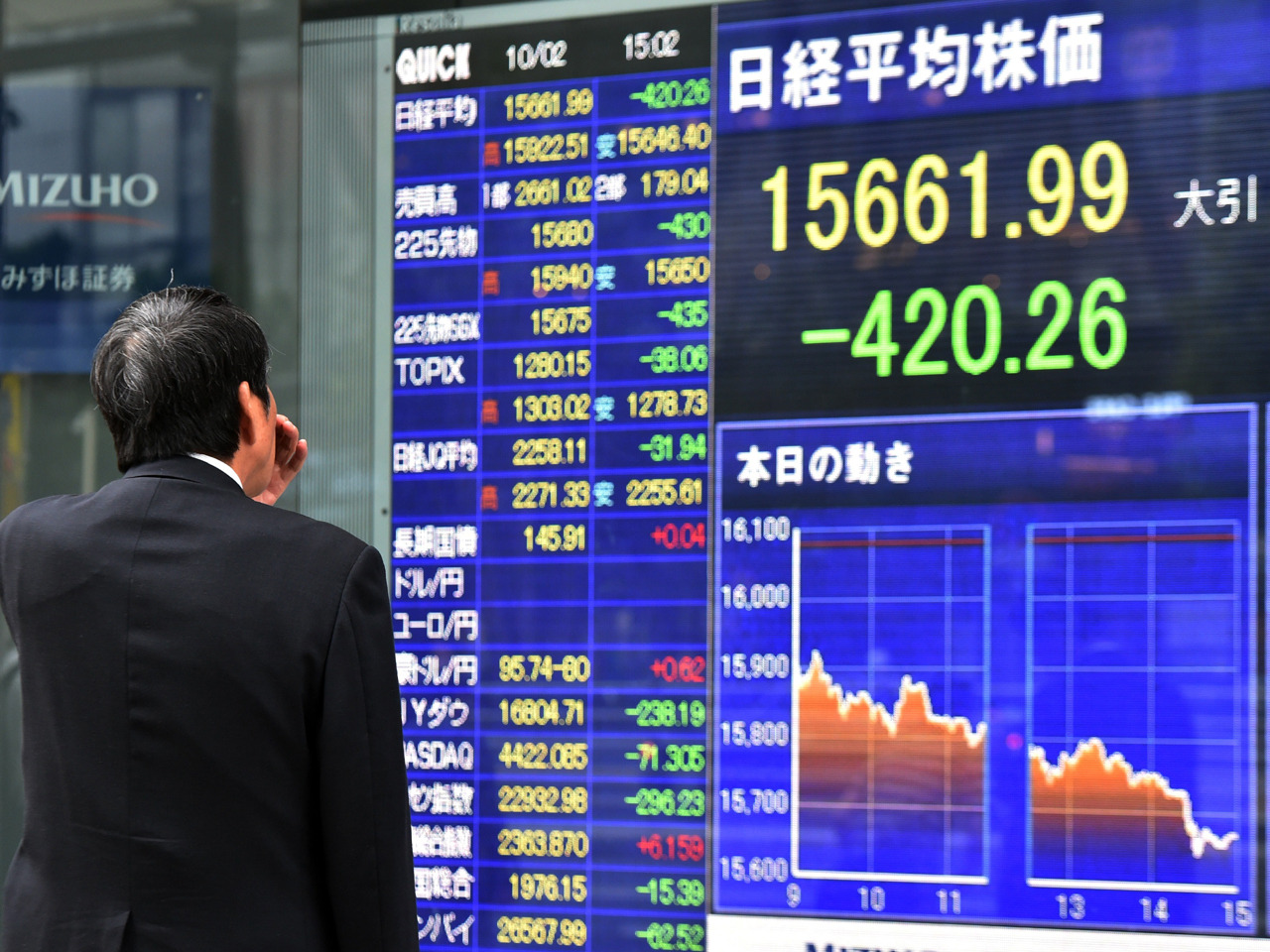 SEOUL, South Korea - Asian stocks fell Thursday amid worries about the strength of U.S. and European recoveries and the first American case of Ebola.

A survey showed German manufacturing unexpectedly contracted in September for the first time in 15 months, the latest sign Europe is being hurt by sanctions imposed on Russia over its role in Ukraine.

A closely watched monthly survey by the Institute for Supply Management came in below expectations, helping to drive a selloff on Wall Street.

U.S. airlines were among the hardest hit as investors fretted people would be discouraged from traveling after reports of the country's first case of Ebola.

"Confirmation of a case of Ebola in the U.S. has joined a growing list of bad news stories with geo-political tensions in Ukraine and Hong Kong, and growth concerns around China and Europe sapping risk appetite," said Niall King of CMC Markets in a commentary.

Caution prevailed among investors ahead of a meeting of European Central Bank policymakers. Though no change in interest rates is anticipated, there will be great interest in what ECB President Mario Draghi says about possible monetary stimulus following recent weak economic news in Europe.

The U.S. Labor Department is due to report the number of people who applied for unemployment benefits last week. Economists forecast that weekly applications rose a slight 5,000 to a seasonally adjusted 298,000. The Commerce Department will report August factory orders. Orders in July rose 10.5 percent in their biggest one-month gain since 1992.

Benchmark U.S. oil added 17 cents to $90.90 per barrel in electronic trading in New York. The contract fell 43 cents to settle at $90.73 on Wednesday. The price of oil was pushed down by plentiful supplies and a rise in the U.S. dollar - in which oil sales are priced - against other currencies.