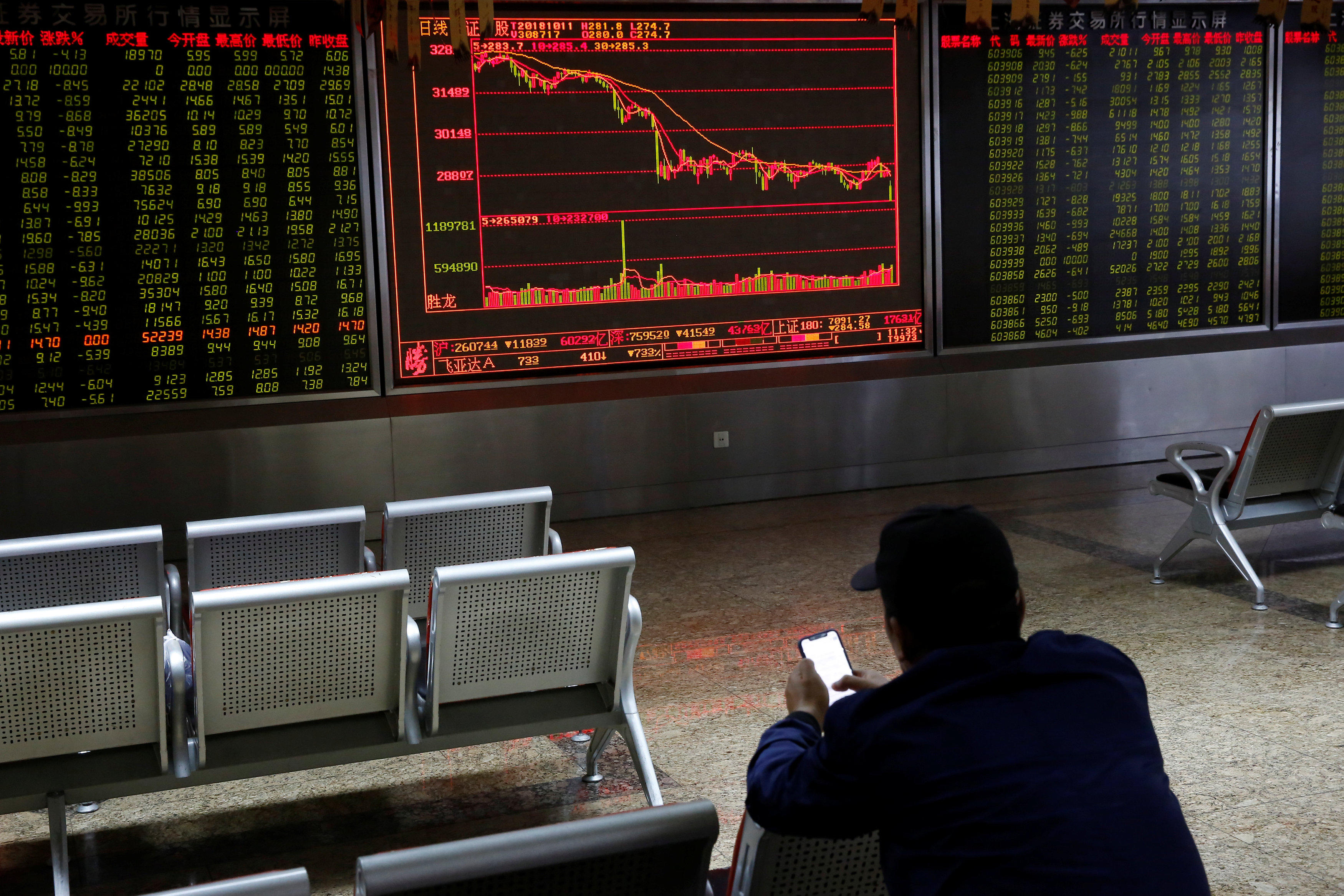 SINGAPORE -- A stock market rout that started on Wall Street rolled through Asia on Thursday, driving China's benchmark to a four-year low and sending indexes in Japan, Korea and Australia plunging.

Investors are wary of possible further U.S. interest rate hikes. That will raise the cost of corporate borrowing and could drag on economic growth.

The U.S. Federal Reserve recently raised short-term interest rates for the third time this year, with one more expected before the year ends. Strong economic data and a positive outlook from Fed officials have led to a sell-off in U.S. Treasury bonds, particularly longer-term ones, sparking concerns about even higher interest rates.

On Wednesday, President Donald Trump said the Fed "is making a mistake" with its campaign of rate increases. "I think the Fed has gone crazy," he charged.

Stephen Innes of OANDA said that Trump's comments have unsettled traders and put pressure on the dollar. "Equity markets were pulverized today as investors remain in full out retreat and even the most pessimistic of equity bears are still in shock by the sheer magnitude of the move," Innes said.

"This meltdown isn't just a mild case of the sniffles, suggesting the latest sneeze from the U.S. equity market could morph into a global markets pandemic," he added.

Sentiment also has been dampened by the spreading U.S.-Chinese tariff fight over Beijing's technology policy. U.S. officials have accused China of meddling in its midterm elections and stealing trade secrets from its companies through spies.

Apple and Amazon, the two most valuable companies in the S&P 500, each had their worst day in 2½ years. Apple slipped by 4.6 percent while Amazon lost 6.2 percent.

Amazon has soared 50 percent this year, but its stock has fallen 14 percent from its all-time high in early September.

Francis Tan, an investment strategist at UOB Private Bank, believes that the markets will pick up in the U.S. session. "The valuation of U.S. stocks, especially tech stocks, is still pretty high and there could be some profit taking actions now," Tan explained.