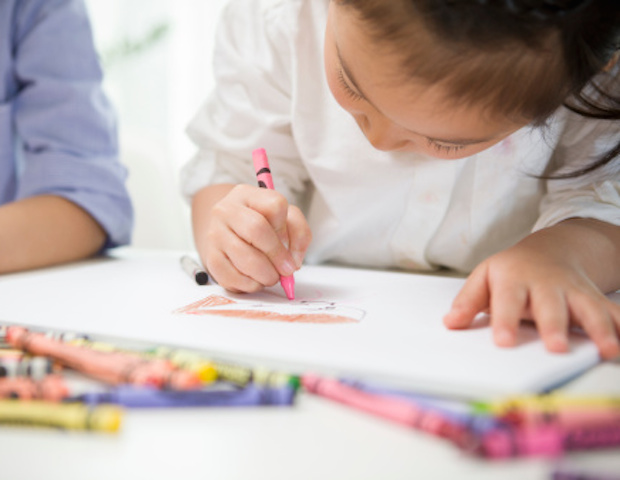 Asbestos fibers have been found in crayons and other toys sold in the United States, according to a new report from an environmental health advocacy group.

"We were surprised," said report co-author Sonya Lunder, a senior analyst with the Washington, D.C.-based group. "Crayons and crime-scene toys were found to have asbestos in years gone by, and the manufacturers of both had already promised to deal with the problem," she explained.

"All the products that tested positive were manufactured in China," said Lunder. "This makes it harder to follow the supply chain and enact and enforce pledges to have asbestos-free products."

Lunder said that contamination with asbestos, a known carcinogen, had been spotted in several types of crayons as far back as 2000 and in certain crime-scene toy kits in 2007.

Health experts and retailers expressed concern over the findings.

The U.S. National Institutes of Health (NIH) notes that asbestos, which is composed of long, thin mineral fibers, once was common in insulation material.

Though tiny and invisible to the naked eye, airborne asbestos fibers are easily inhaled. With time, scarring, inflammation and breathing impairment can occur, as can lung cancer and mesothelioma, a rare cancer of the lining of the lungs and abdomen, according to the NIH.

Asbestos is no longer widely used in manufacturing in the United States. It is banned in nearly all other developed nations, the research group said.

EWG said it purchased the crayons between February and May of this year at two national chains -- Party City and Dollar Tree -- in a suburban county near San Francisco. The group said it ordered the two crime scene toys through Amazon.com and Toys"R"Us.com.

EWG hired an independent company, Scientific Analytical Institute from Greensboro, N.C., to conduct so-called transmission electron microscopy tests to look for asbestos. This is said to be the most sensitive and accurate method of testing available.

In all, 28 crayon brands and 21 toy fingerprint kits were tested.

All positive results were reconfirmed by a second independent lab, EWG said.

Testing revealed higher concentrations of asbestos in the crime-scene kits than in the crayons, the group said.

Lunder said that up to one million microscopic fibers of asbestos were found in just a single crayon or sample of crime-scene powder.

"Just a couple of fibers can lodge in your lungs and be there forever," Lunder said. "And there's very clear evidence that asbestos leads to two forms of cancer, and thousands and thousands of Americans have been killed by fiber exposure."

"These are important findings, because asbestos is being placed in children's products," said Lemen, now an adjunct professor with Emory University's Rollins School of Public Health in Atlanta.

"Even if the absolute risk is relatively low, children are more vulnerable to toxic material and carcinogens," he said. "And because they are so young they have a longer latency in which to develop these diseases, which are known to be diseases that develop over time."

Another expert, Christopher Weis, agreed. "This is definitely not a frivolous or trivial concern," said Weis, a senior toxicologist and senior advisor with the U.S. National Institute of Environmental Health Sciences in Bethesda, Md.

"It's the policy of the Environmental Protection Agency and the Department of Health and Human Services that there is no safe level of exposure to asbestos," he added. "There are cases of individuals exposed to asbestos for very short periods of time who then went on to develop disease. And for kids that risk is almost certainly greater."

A spokeswoman for Toys "R" Us, which distributes the EduScience Deluxe Forensics Lab Kit, responded to the report, saying customer safety is the company's highest priority.

"We require that every product we carry meets or exceeds all applicable state and federal laws, industry standards, codes and requirements. At this time, we are reviewing the referenced report, along with supplier test reports, to ensure full compliance to our strict safety standards," Kathleen Waugh, vice president of corporate communications, said in a statement.