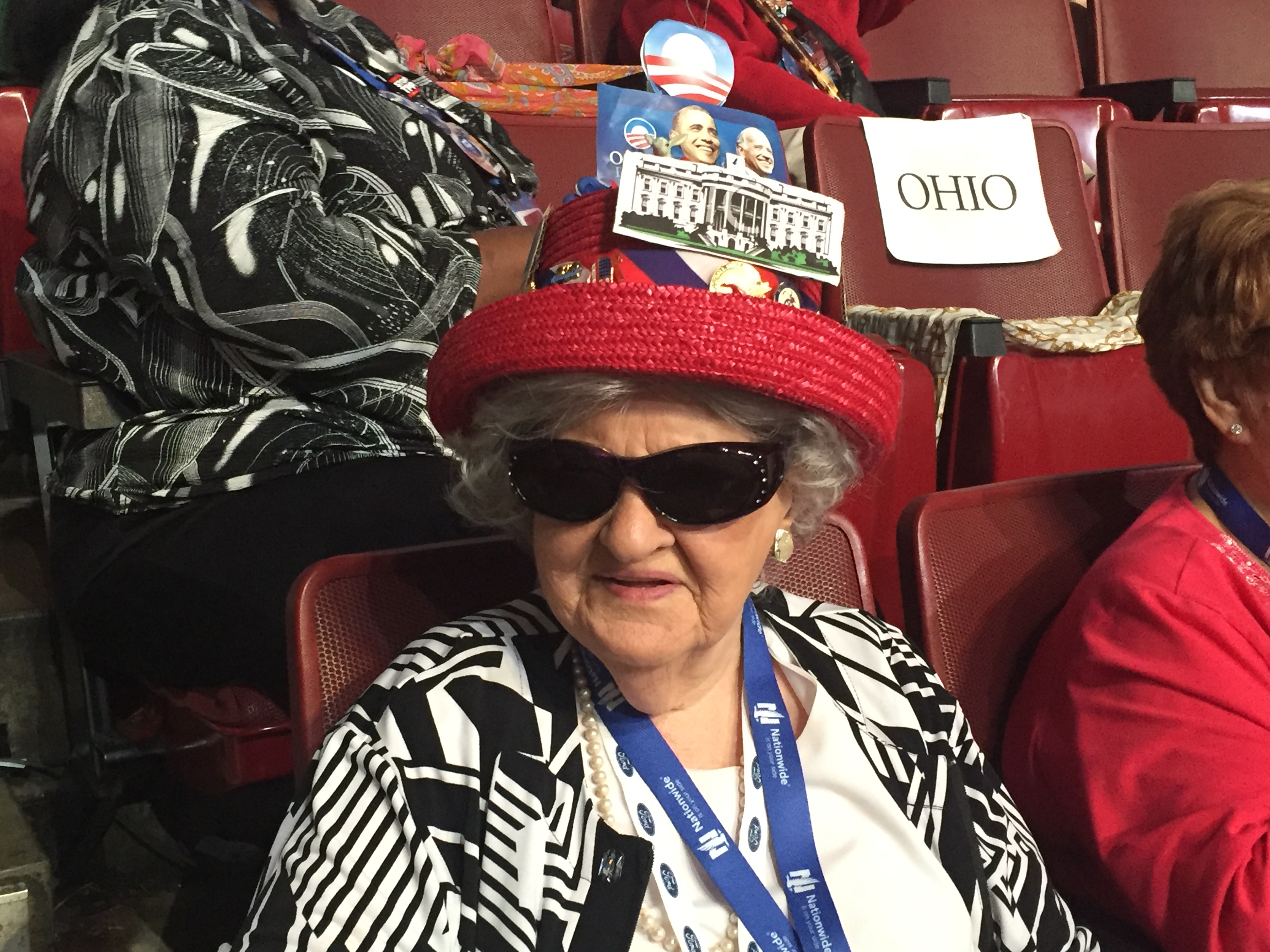 PHILADELPHIA -- When Hillary Clinton takes the stage Thursday night in Philadelphia to formally accept the Democratic nomination, 93-year-old Ruby Gilliam will be in the audience listening.

But as excited as Gilliam is to be in the room for Clinton's historic moment, for her, watching political history is nothing new: this year marks her eighth consecutive Democratic convention. Gilliam, a longtime fixture in Ohio Democratic politics, is officially the oldest delegate at the convention this July.

"I'm looking forward to Hillary, not just because she's a woman but because she's qualified," she said. "She has the qualifications to be the president of the United States."

Wearing a big red hat decked out with political pins and a cardboard cutout of the White House, Gilliam recounted her decades' worth of convention experiences, beginning with the 1988 convention that nominated Michael Dukakis. She watched Bill Clinton deliver his first-ever convention speech that year, and said that despite its length it was still one of the most memorable speeches she's heard over the years. Gilliam has been a fan of the Clintons ever since, supporting Hillary Clinton's campaign as a delegate back in 2008 and again this year.

Originally from the mountains of Kentucky, Gilliam has been involved in politics for as long as she can remember. Her father and brothers ran for local office--always unsuccessfully--while she was growing up, and she was drafted to help hand out campaign literature as soon as she was able to walk.

Her father's political career goes so far back that they took place before women earned the right to vote: her mother couldn't even vote for him in his early campaigns. "Maybe her one vote would have elected him," she said.

After a childhood of campaigning, politics was ingrained in Gilliam's life. She's long been involved with the Ohio Democratic Party, and served as the chairwoman for the party in her county, Carroll County, for 35 years.

Of all the Democrats she's watched be nominated, Gilliam said former President Jimmy Carter is probably her favorite because she knew him well.

"I had a real close relationship with Jimmy Carter and his wife," she said. "It seemed as though people -- they didn't know the man, he was such a good man. I kind of felt sorry for him because people didn't seem to respect him."

"He was such a gentleman, you know?" she added.

And while she has kind words for all the Democrats she's seen take the stage at conventions of years past, she's a bit more blunt when it comes to one politician: Republican nominee Donald Trump.

"I'm not a negative person but that Donald Trump--" she says, shaking her head. "You know, he's always talking about he's going to make America great again. That's my country, it's always been great."

"I've got a message for him: Mr. Trump, this is my country, and my country has always and always will be forever the greatest country in the world," she added.

This year, as the oldest delegate, Gilliam had a special responsibility: on the first day of the convention, she led the Pledge of Allegiance on stage with the convention's youngest delegate, 17-year-old Clarissa Rodriguez of Texas.

For the most part, though, Gilliam is content to sit back and take it all in with her friends and colleagues in the Ohio delegation's section.

"Just being part of it, you know? Making history, really," she said, asked for her favorite part of the experience. "As I tell the young Democrats, you are the future and I'm the past. But I'm -- when I get up yonder, I'll be looking down on you."