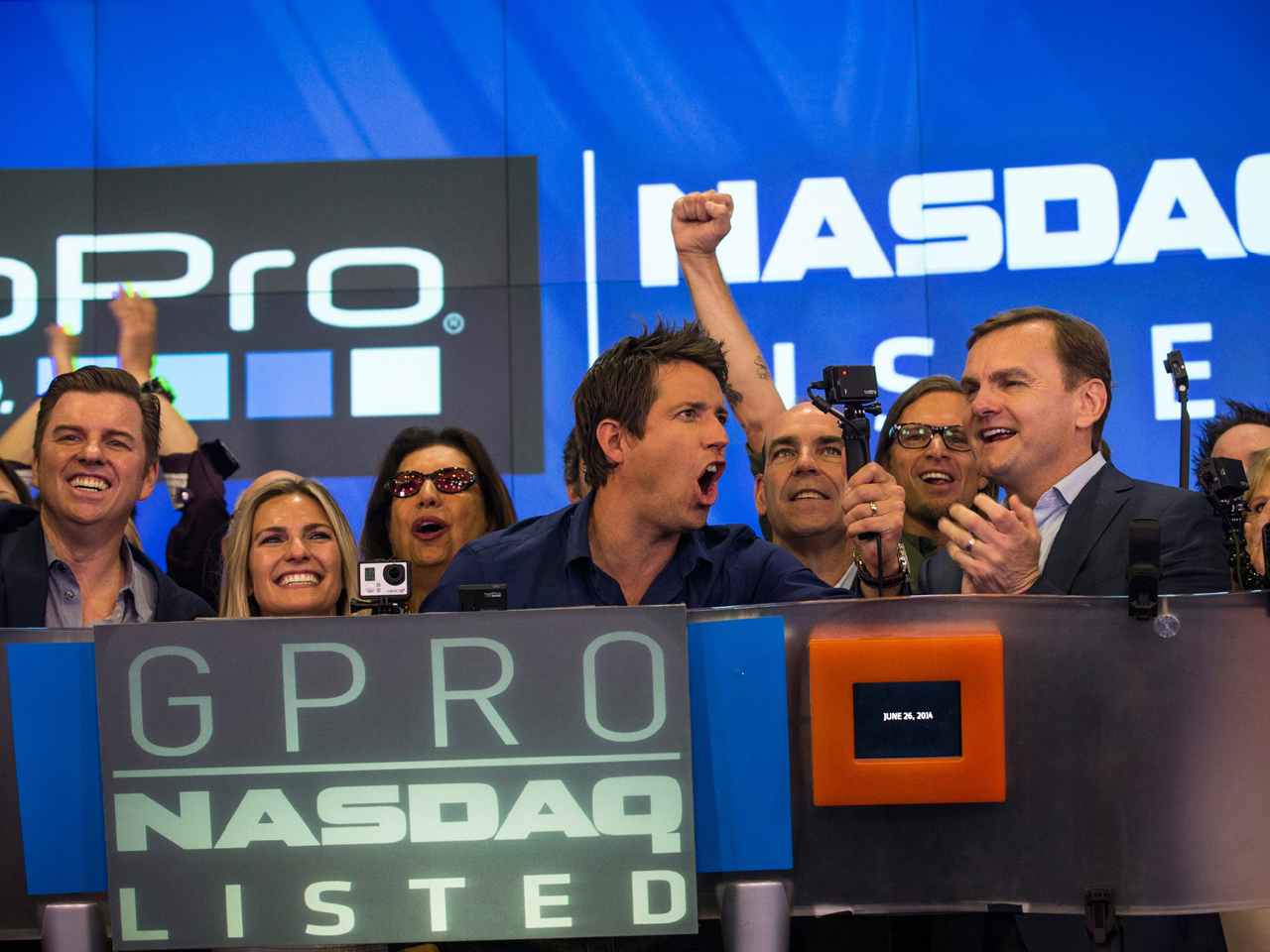 If the company GoPro were a person, picture a young, self-assured backcountry skier about to take some turns in deep powder, with an expensive and tiny camera strapped to his helmet. And then, his camera rolling, he pounds through the glade without a single wrong turn.

So far, that's the type of week GoPro is having as it navigates its initial stock offering. On Wednesday, the company sold 17.8 million shares for $24 each, hitting the top of its pricing range of $21 to $24 per share. The stock started trading on Thursday on the Nasdaq Stock Market with the ticker GPRO, surging as much as 38 percent in early trading before closing at $31.34, up nearly 31 percent.

The idea behind GoPro started a decade ago, when chief executive Nicholas Woodman, 39, wanted to tape himself surfing, and created a small camera that hang from a wrist strap and take video. After appearing on QVC and getting his product picked up by Best Buy, GoPros started to become a necessary accessory for the selfie generation. It's used by surfers, skiers, bicyclists and basically anyone who wants to tape themselves in action. It's even been used by a fireman who saved a kitten from a burning house.

"The original idea for GoPro was to help surfers capture photos of themselves surfing that made them look like a pro," Woodman told CBS News' Anderson Cooper.

The stock sale may be the largest consumer-electronics IPO in more than two decades and has made Woodman one of the country's newest billionaires. It's also selling stock on a day when seven other companies are expected to sell shares, marking the third busiest week for IPOs since 2000.

GoPro's cameras aren't cheap, with pricing ranging from about $200 to $400. But for many athletes and outdoors-types, the cameras are an essential way to capture their exploits. That helped boost revenue to $985.7 million last year, an increase of about 87 percent from 2012.

On top of that, the company is profitable, almost doubling its net income last year to $60.6 million.

Proceeds from the IPO will be used to repay debt, and may use some of the money to acquire complementary assets or businesses, Bloomberg notes.