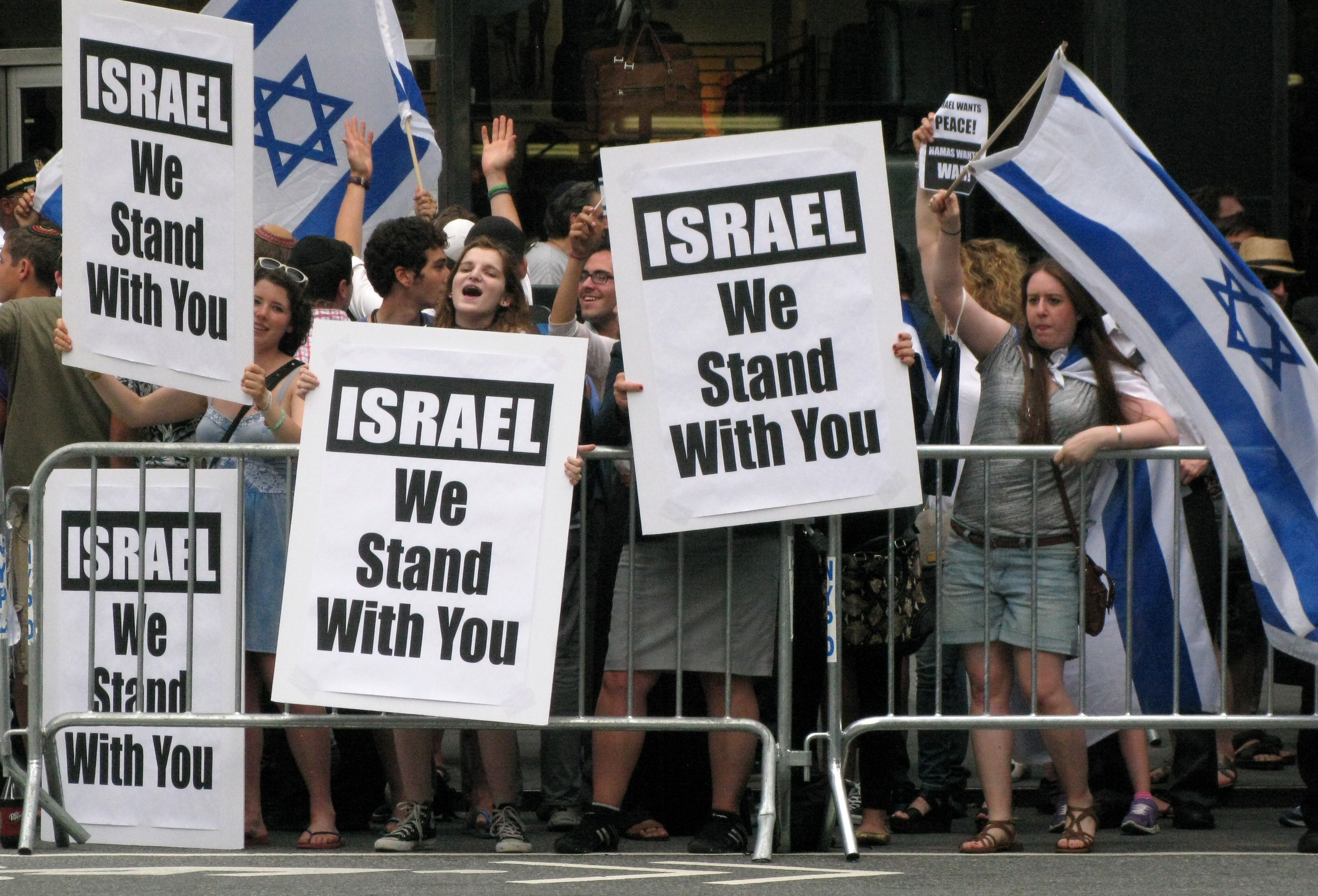 American politicians rallied behind Israel this weekend as fighting between the Israelis and the Palestinians in the Gaza Strip continued unabated.

Both sides have launched missiles at one another as part of the escalating conflict. Thus far the fighting has claimed the lives of over 150 Palestinians, scores of them civilians, according to Palestinian officials. Israel has sustained no casualties, despite over 800 rockets launched by militants from Gaza into Israeli territory.

Palestinians and their supporters have pointed to the lopsided death toll to accuse Israel of mounting a disproportionate response. But Israel's American allies have pushed back, saying deaths have been avoided because of Israel's sophisticated "Iron Dome" missile defense system - not because the Palestinians have been more careful.

"It's a matter of capabilities, rather than intent, to say the least," explained Sen. John McCain, R-Ariz., Sunday on CNN.

The lack of casualties is due to the "Iron Dome, which is an Israeli/U.S. cooperation result," McCain said, not because "Hamas, a terrorist organization, hasn't tried."

"In fact, they are indiscriminately targeting civilians, while Israelis are going so far to warning the people in Gaza of impending strikes," McCain added. "There's a dramatic difference here."

McCain stressed that the U.S. must do what it can to end the conflict, which has raised fears of an all-out ground war in Gaza as Israeli troops amass on the border. But he said it's "important to understand there's no moral equivalency here," and he praised Israel's leaders for demonstrating an "admirable" sense of "restraint" in the conflict.

Gov. Chris Christie, R-N.J., a potential Republican presidential contender in 2016, said Saturday that America should be a "forceful" voice in defense of Israel's security, and he worried that President Obama helped cause the outbreak of violence by wavering in his support for the Jewish state

"Israel is not sure that they have America's full support like they used to," Christie told reporters during an annual meeting of the National Governors Association, according to Haaretz. "And that's a real failure of this presidency, in my view. And I think the unrest you see in the Middle East is caused in some measure -- not completely, but in some measure -- by the fact that this president has not acted in a decisive, consistent way."

He said America should be focused on bringing stability to the region by supporting Israel and "condemning, in the strongest terms and in actions, the things that are being done by Hamas against Israel."

And former Rep. Jane Harman, D-Calif., a strong backer of Israel who now heads the Woodrow Wilson Center, told CBS News' "Face the Nation" that Israel's approach to the conflict has been "prudent" to date.

"My sense of [Israeli Prime Minister Benjamin] Netanyahu...is he's being prudent. I think it's underestimated how prudent he's being," Harman said. "I think it's a tragedy all around. And just imagine what would be happening to Israel right now if she didn't have the Iron Dome system, and pieces of that were cost-shared and actually financed and developed by U.S. technology and supported by Congress on a bipartisan basis."

Harman blamed the Palestinians for raising the risk of civilian casualties by hiding weapons and militants in densely-populated civilian areas.

"Underneath these homes are the rocket launchers," she said, "And we just heard that people are being asked by some of the Hamas leadership to stay in their homes so they become human shields. It's a catastrophe for the Gaza and Palestinian people, and also, for the Israeli people."