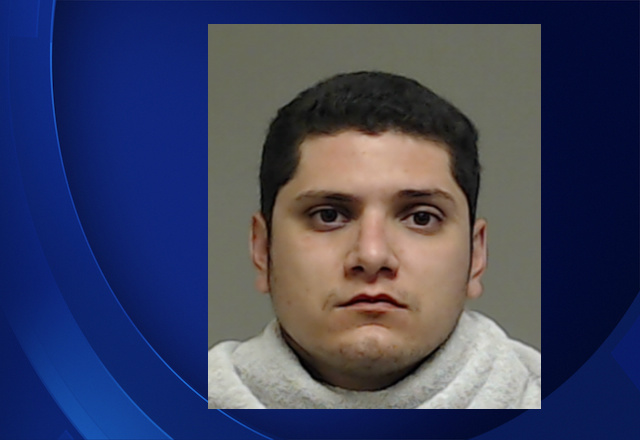 PLANO, Texas - A man has been arrested on a charge of aggravated kidnapping in the disappearance of Christina Morris, a North Texas woman missing since August.

Plano police say 24-year-old Enrique Gutierrez Arochi was arrested Saturday in the disappearance of 23-year-old Christina Morris. She was last seen on a surveillance video Aug. 30 at about 4 a.m. The video shows her and Arochi, a friend from high school, walking into a parking garage at an upscale Plano development featuring shops and restaurants.

Arochi, of Allen, remained in Collin County Jail on Sunday. His bond was set at $1 million and he is also under a federal immigration hold. Jail records did not list an attorney.

Police said they based the arrest partly on DNA samples collected during the investigation.

According to the warrant, which was executed in September, police searched Arochi's 2010 Chevrolet Camaro for bodily fluids, hair and DNA evidence.

In the warrant, police alleged Arochi made false statements over the course of the investigation, including lying about where he parked his car the night Morris disappeared.

Arochi told police he didn't park in the same garage as Morris, but when police showed him surveillance video of his car driving out of the same garage, he admitted he did park there, according to the station.

Detectives reportedly believe Morris may have been in his car when he drove out of the garage at 3:58 a.m. Arochi told police that Morris has never been in his car, reports the station.

Morris' mother, Jonni McElroy, told CBS DFW that she was not shocked by Arochi's arrest.

"I knew from a mother's instinct she was in that car all along. Now I need him to talk about where Christina is," McElroy said.

Anyone with information on the case is asked to call the Plano Police Department Tip Line at 972-941-2148.