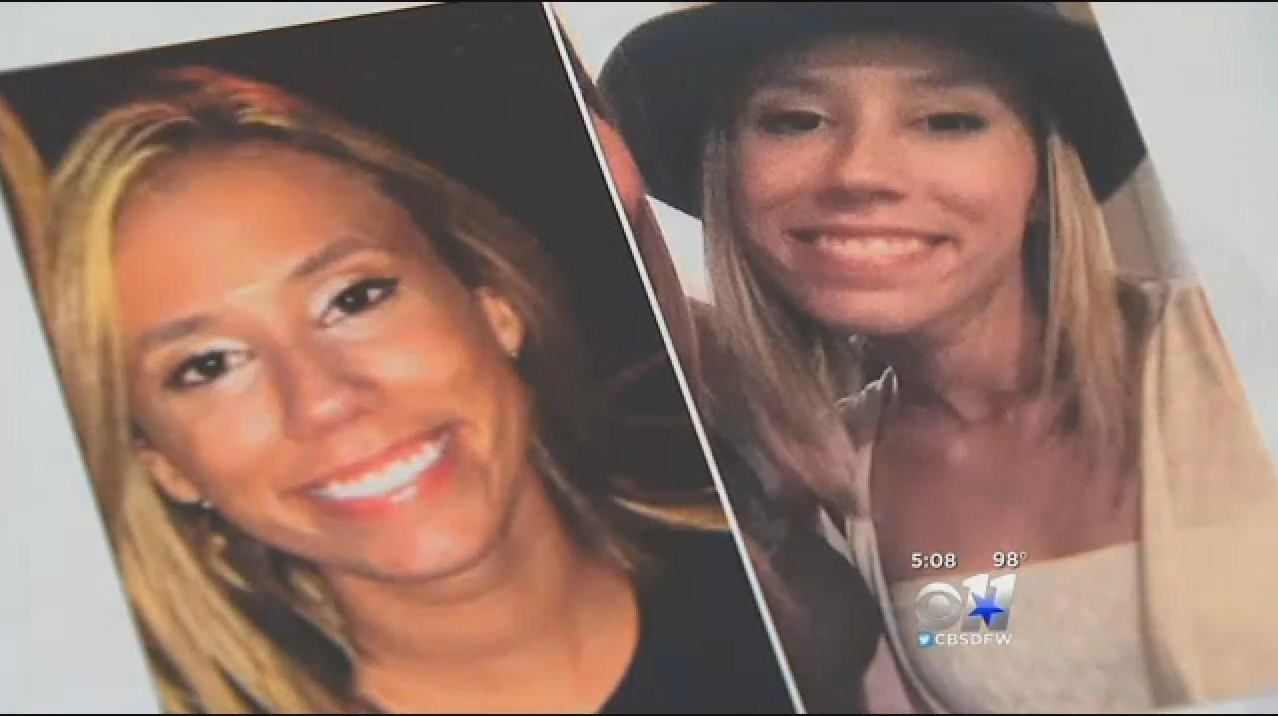 PLANO, Texas -- A man last seen with a missing Fort Worth woman lied to police, was seen cleaning his car and had abrasions on his hand and arm in the days following her disappearance, according to a search warrant obtained by CBS DFW.

Christina Marie Morris, 23, was last seen Aug. 30 after spending a night out with friends at a popular Plano shopping and dining development. She was last seen walking into a parking garage at The Shops at Legacy over two months ago at about 4 a.m. that Saturday morning with acquaintance Enrique Arochi, reported CBS DFW.

Arochi has spoken out to the station, saying he's not hiding anything and that he doesn't know where Morris is. He said he graduated from Allen High School with Morris and that the two were acquaintances, and had mutual friends, reports the station.

According to the warrant, which was issued Sept. 24 and seeks permission to search Arochi's car, police say Arochi "intentionally made false statements that hindered detectives in locating Morris." In the warrant, police also say the most likely way that Morris could have left the parking garage undetected was in Arochi's car - which they say had sustained damage and had been recently cleaned.

Arochi denied that Morris had been in his car, reports the station.

Arochi allegedly first told police that he didn't park in the same parking garage as Morris, but later changed his story when police showed him surveillance images of him walking with Morris in the same garage, saying, "I must have parked there."

He also allegedly told police the two didn't talk as they walked to their cars because Morris was "talking on the phone loudly and sounded upset." However, when police showed him phone records of calls and texts placed from Arochi's phone to the phone of Morris' boyfriend shortly before she was last seen, Arochi allegedly said Morris borrowed his phone and must have placed the calls.

Police are also reportedly investigating damage to Arochi's car, repaired after Morris disappeared. They say also have video of Arochi examining and cleaning his car at an Allen grocery store the day she disappeared, and said the car seemed "extremely clean" and had been recently vacuumed.

Police said Arochi had bruising on his right forearm and abrasions on his right hand following Morris' disappearance. A co-worker told police that the day after Morris vanished, Arochi had a visible bite mark on his arm, "looked like s--t" and was walking with a limp.

According to the warrant, Arochi told police that he took Adderall and drank 10 shots of liquor and three to five beers on the day Morris disappeared.

Arochi has a prescription for Adderall, he told the station. He said he had nothing to do with Morris' disappearance and said his injuries were from an accident changing his tire the day before she vanished.

"I didn't have any bite marks on my arm, I had an accident that day changing my tire - and there's proof of that cause I texted my girlfriend telling her I was changing my tires and that's been cleared," said Arochi.

According to the warrant, police also said Arochi lied about the direction he was heading after he left the Shops at Legacy. He told police he was heading eastbound towards home, but they say toll records show his car heading northbound.

Last week, police told 48 Hours' Crimesider that there are no suspects in Morris' disappearance because there was no evidence that a crime had been committed. However, Plano Police spokesman David Tilley said no one has been ruled out.

"At this point we're keeping our options open - we haven't cleared anyone from continuing to want to look at them as having more information or knowledge about her disappearance than they're providing," Tilley said.

Tilley said it's concerning that Morris has been missing for so long. It's uncharacteristic of her to have been out of touch with friends and family for so long, he said.

"As each day passes, our level of concern that this potentially has been a criminal act increases," Tilley said.

Police have also received more than 250 tips and have run each down, to no avail. They're hoping that keeping the case in the public eye will encourage others to come forward.

"We just want her home safely," her mother Jonni McElroy told CBS DFW. "Our life is not complete without her... and it won't be complete until we have her. We need her."

A reward of up to $25,000 is being offered in Morris' disappearance for information that leads to an arrest and an indictment, if a crime has been committed. Tipsters should call the Plano police at 972 941 2148 or, to be eligible for the reward, contact Crimestoppers at 877-373-8477.