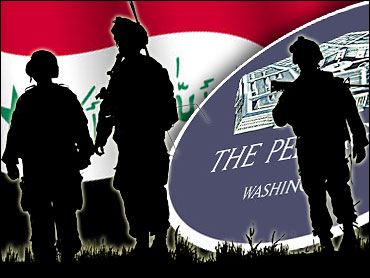 The U.S. Army, in a rare move Monday, released a barrage of test results showing that a privately-sold flexible body armor that some families have sought for their soldiers failed extensive military testing.

Pieces of the hefty Dragon Skin armor, with ragged holes torn through its yellow inner skin, were propped up on the floor in the Pentagon, as Army officials systematically detailed the battery of ammunition and temperature testing the armor failed.

Although the tests were done nearly a year ago, the Army declined to release details until Monday, after recent NBC News reports suggested that the Dragon Skin may be better than the Army-issued Interceptor armor.

As a result of the reports, some members of Congress have asked for an investigation into the matter, and others have asked the Army for more information.

U.S. Rep. Mike Ross, D-Ark., signed an April 25th letter with 41 House members about their concerns over the body armor, a spokesman said. John Grant of Pearcy, Ark., led the charge for a congressional investigation over the body armor, saying he wanted the best possible protection as his 20-year-old son prepared to serve a second tour of duty in Iraq.

"We take this personally," said Brig. Gen. Mark Brown, executive officer for the Army's armor testing program. "One third of the general officers in the United States Army have either a son or daughter either in theater (at war) today or (who) has been to theater."

Holding up an armor-piercing bullet, Brown showed video of the tests, including footage of officials peering into the bullet hole in the Dragon Skin armor. "At the end of the day, this one disc has to stop this round. It didn't. Thirteen times," he said.

In response, Murray Neal, president of Pinnacle Armor which produces Dragon Skin, suggested that the Army lied about some of the testing, and he questioned why the Army was counting shots that "were fired into the non-rifle defeating areas."

The body armor debate has raged almost since the Afghanistan and Iraq wars began, as the Army struggled at times to get all of the needed equipment to its soldiers — both active and reserve. At times, family members around the country were raising money, having bake sales, and spending thousands of dollars of their own cash to buy armor and equipment for their loved ones going to war.

In some of those cases, families were considering buying Dragon Skin armor because they believed it would provide better protection. The Army on Monday said it was releasing the test details to help prevent families from spending money on body armor that is not as good as the protection already issued to the soldiers.

Brown described "catastrophic failures" by the Dragon Skin armor, and said that in 13 of 48 shots, lethal armor-piercing rounds either shattered the discs that make up the armor, or completely penetrated the vest.

"Zero failures is the correct answer," he said. "One failure is sudden death and you lose the game."

Brown added that the armor failed to endure required temperature shifts — from minus 20 degrees to 120 above zero — which weakened the adhesive holding the discs together. And he said that the Dragon Skin's heavy weight was also a problem for soldiers who need to carry a lot of gear.

The Dragon Skin, he said, weighs 47.5 pounds, compared to the Army-issued Interceptor armor, which weighs 28 pounds.

After seeing the latest television reports, Sen. Edward M. Kennedy, D-Mass., sent a letter to Army Chief of Staff Gen. George Casey asking for more information and expressing concern that the Army may not be providing better body armor to the soldiers as quickly as possible. Sen. Hillary Clinton, D-N.Y., also sent a letter to the Government Accountability Office, a government watchdog agency, seeking an investigation to assess the body armor being used by the military.

Army officials said they would be going to Capitol Hill this week to talk to lawmakers about the armor issue.