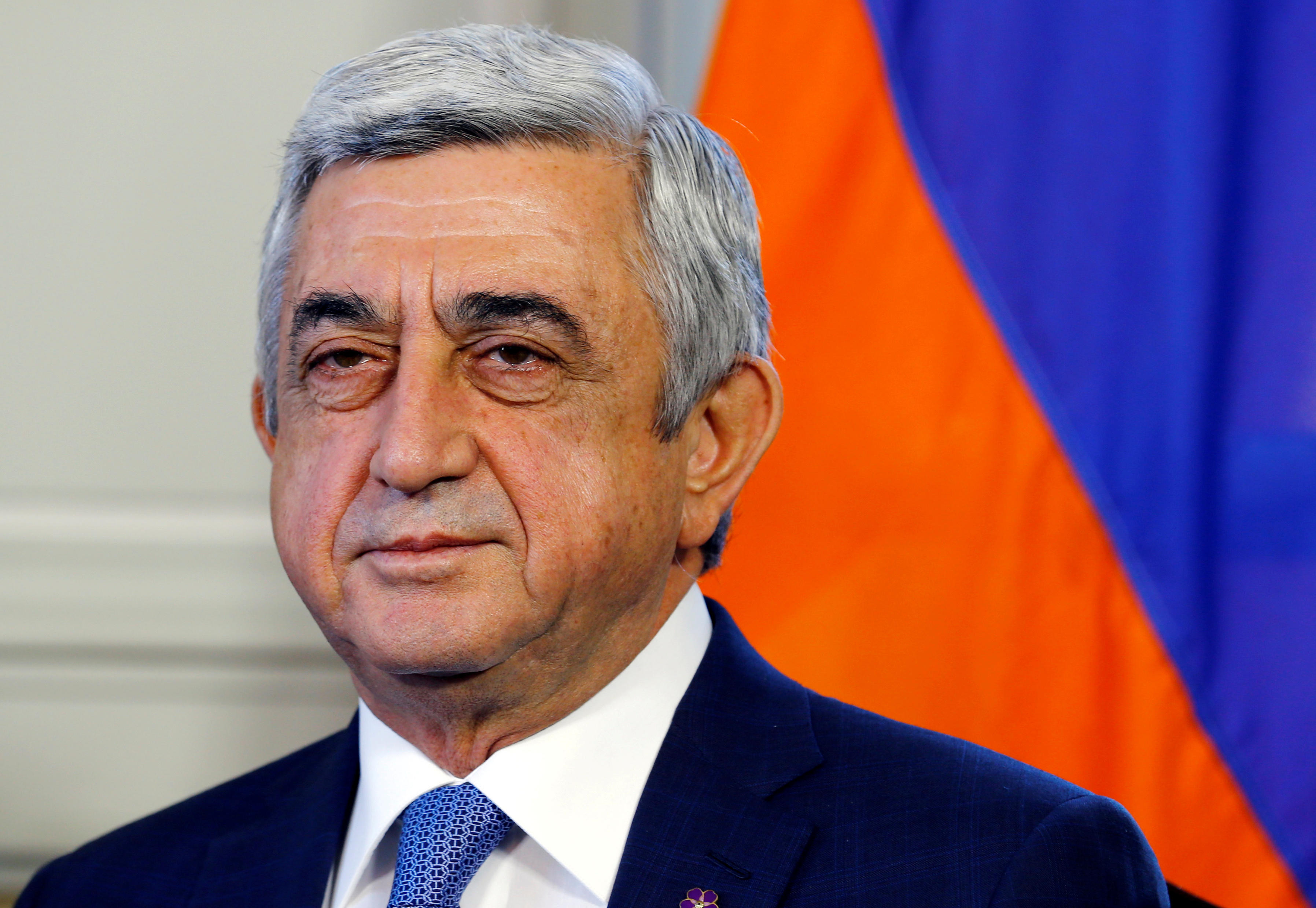 YEREVAN, Armenia -- Armenian Prime Minister Serzh Sargsyan resigned unexpectedly Monday to quell massive anti-government protests over what critics feared was his effort to seize power for life. Residents of the capital, Yerevan, poured out on the streets to celebrate his stunning departure. People hugged and kissed each other, and motorists honked their horns.

Protest leader "Nikol Pashinian was right. I was wrong," Sargsyan, a former Armenian president, said in a surprise announcement on his website. "The movement on the streets is against my rule. I'm complying with their demands."

The move plunges the Caucasian Mountains country into uncertainty after 10 days of protests against Sargsyan's appointment as prime minister.

The appointment was part of a transition to a new governmental system that reduces the powers of the presidency and bolsters those of the premier. Critics saw that as an attempt by 63-year-old Sargsyan, who served as president from 2008 until term limits forced him out in March, to stay in power indefinitely.

Before Sarksyan's resignation, the Kremlin said Armenia is an "extraordinarily important country" for Russia but it dismissed the idea that would intervene in the crisis, Reuters news agency reports.

The streets of Yerevan have turned into masses of human anger since anti-government protesters began rallying on April 13, blocking government buildings and facing off with police. Sunday's rally attracted some 50,000 demonstrators.

Sargsyan said Monday that he should not have resisted the demands of the opposition.

Opposition leaders have not yet commented on Sargsyan's resignation and have called a rally in central Yerevan for Monday evening.

Alexander Iskanderian, director of the Caucasus Institute in Yerevan, told The Associated Press that the protests drove Sargsyan into a corner:

"The protests in the past couple of days have swelled to a point that you either had to use violence or find another way out," Iskanderian said.

Russian officials and state television have been cautious in commenting on the unrest in Armenia. In the past, Moscow decried anti-government rallies in neighboring post-Soviet nations as example of hostile Western interference.

In what appeared to be the first official Russian reaction to the resignation of the Armenian premier, Russian Foreign Ministry spokeswoman Maria Zakharova lauded Sargsyan's decision as a move to unify the nation.

"The people who have the strength to keep respect toward each other despite crucial differences and stay united even in the most difficult moments of its history is a great people," Zakharova wrote on her Facebook account. "Armenia, Russia is always with you!"

When Sargsyan switched to the prime minister's job, ally Armen Sarkisian, a former prime minister and ambassador to Britain, was elected president in Sargsyan's place. Sarkisian was seen as an unofficial Sargsyan appointee.