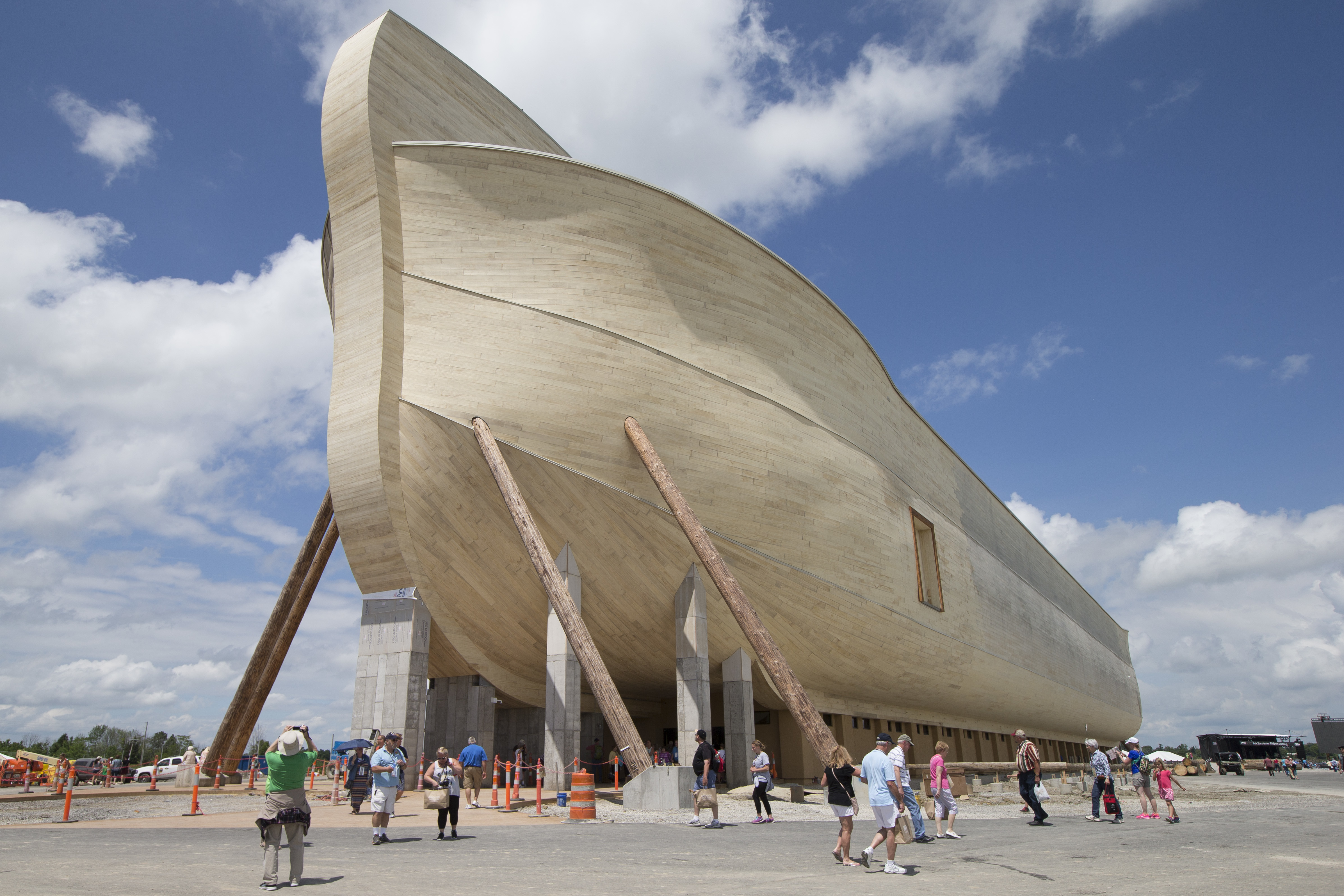 WILLIAMSTOWN, Ky. -- The Bible story of Noah's Ark has been turned into a $102 million theme park, opening tomorrow in central Kentucky.

Inside the Ark Encounter, the Greatest Story Ever Told comes to life on four floors. Throngs of pilgrims, some arriving two by two, bear witness to Noah, his family and all those animals.

Rachael Cross, who brought her five children, told CBS News that for her, the theme park depicts what actually happened in history.

"It's meant to make a statement that Christians can make a major attraction like this," Ken Ham, the man who built it, told CBS News. He's the 64 year-old founder of a ministry called Answers in Genesis.

Ham is a "Young Earth Creationist" -- a Christian who believes the world is 6,000 years old, dinosaurs lived alongside people and evolution is junk science.

"I think what this place will do for Christians is to embolden many of them," Ham said. He insists it's "much more" than a Disney for Christians.

But some critics see the ark as a celebration of ignorance. Others complain employees have to be Christian and sign a "statement of faith" -- and believe the ark's $18 million in state tax incentives trampled the line between church and state. But a federal court allowed it.

"Noah's Ark is a church. It is clearly a religious point of view that says science is false," critic Jim Helton, leader of the TriState Freethinkers, told CBS News.

Ham hopes for two million visitors in the first year, scoffers and critics be damned.

"They can scoff all they want. They can be critical all they want," Ham said. "You know what, I invite them all to come here."

Noah hunkered down for 40 days and 40 nights. Visiting this ark will run you $40 dollars.