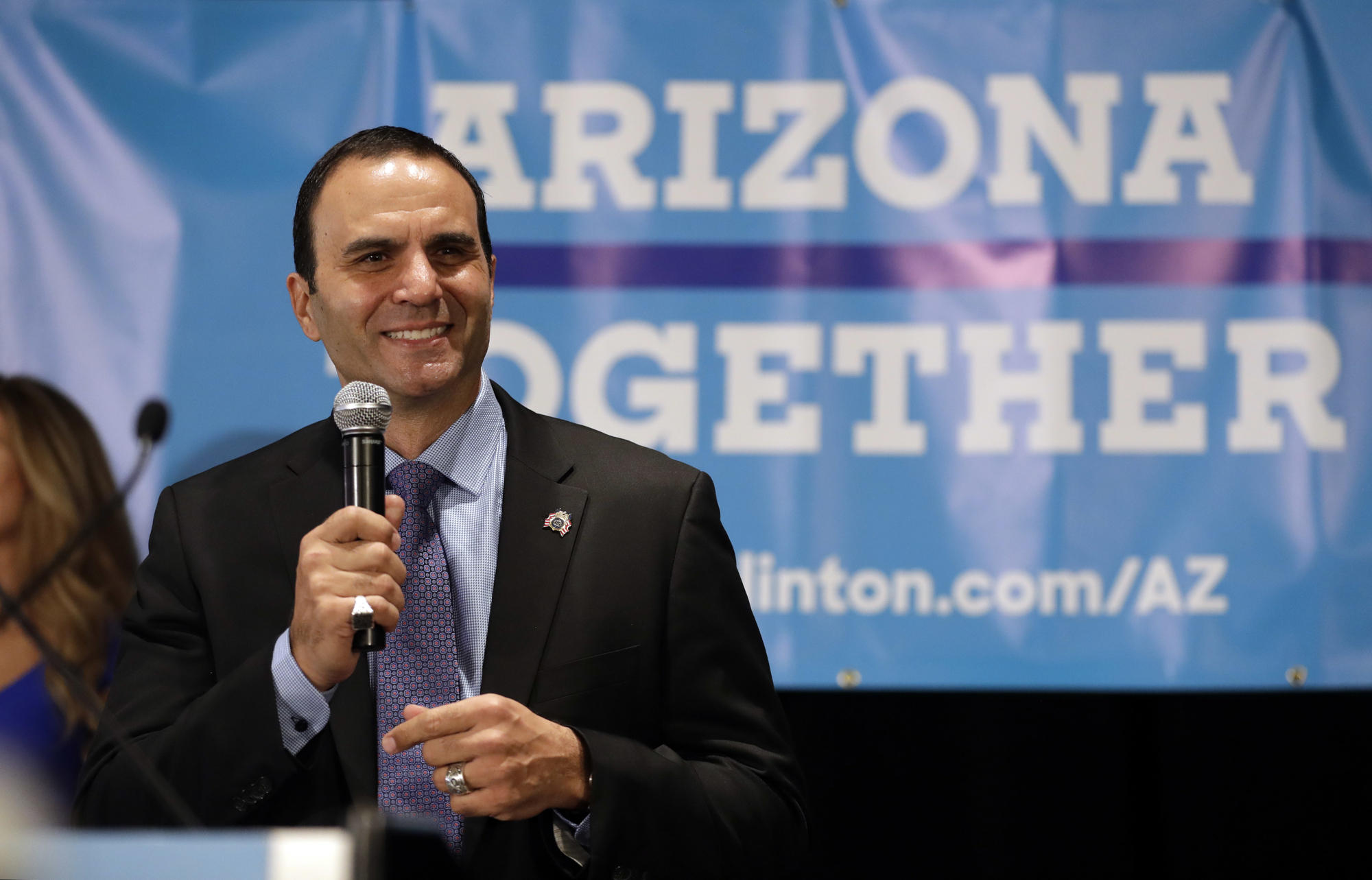 Last Tuesday’s defeat of the longtime sheriff of metro Phoenix raises questions about whether his successor, Paul Penzone, will keep the contentious practices and how he will overhaul an agency that has been criticized for targeting immigrants, creating a culture of cruelty in its jails and serving as self-promotion for Arpaio.

The retired Phoenix police sergeant will take office in January amid national uncertainty over the status of immigrants and fear within the Latino community since Donald Trump won the presidency.

Penzone said he will cut off Arpaio’s investigation into Obama’s birth certificate and eliminate practices that he regards as Arpaio publicity stunts. But he is interested in keeping some of Arpaio’s signature methods, such as using posse volunteers who help out in sheriff’s operations to free up officers for police work.

Here are some of the challenges that Penzone faces when he takes office:

Early in his two-decade tenure, Arpaio became popular with voters for jailing inmates in outdoor military tents amid Phoenix’s triple-digit summer heat, making them wear pink underwear and using them to work on old-time chain gangs.

The tough conditions appealed to those who believed, as he did, that jail should not be comfortable.

Penzone said he will eliminate the pink underwear, which he calls a ploy lacking value to taxpayers.

“That’s the sheriff’s brand,” Penzone said of Arpaio. “That’s not about law enforcement.”

He said he is willing to close the Tent City jail but is reserving judgment until he can make a full evaluation.

Penzone plans to dramatically scale back the chain gangs by only using them in places such as parks.

Penzone has no plans to restart the immigration crackdowns that made Arpaio a key figure in the country’s border debate. Even if the incoming sheriff wanted to bring them back, the courts have barred the agency from immigration enforcement.

Still, Penzone will be living with that legacy from Arpaio for years.

Arpaio dragged his feet in complying with court orders to stop the patrols that a judge determined racially profiled Latinos, increasing the costs to taxpayers. The financial hemorrhaging is likely to continue until the sheriff’s office comes in full compliance for three straight years.

The case also led to a criminal contempt-of-court charge for Arpaio two weeks for Election Day, and he still faces possible jail time if convicted.

Penzone said ending court oversight of the agency and controlling taxpayer costs are his priorities. The case is projected to cost taxpayers $72 million by next summer.

After a court order, the sheriff’s office is overhauling its internal investigations into officer misconduct.

The judge in the profiling case said Arpaio’s internal investigations were fraught with biased decision-making and had been manipulated to shield officials from accountability.

The judge has ordered new investigations into allegations that Arpaio’s officers regularly pocketed items in traffic stops and safe-house busts.

The agency’s former head of internal affairs is under federal investigation on suspicion of concealing nearly 1,500 IDs.

Perhaps the most difficult challenge Penzone faces is restoring the Latino community’s trust in the sheriff’s office. The relationship was damaged by the dozens of Arpaio’s immigration crackdowns over the years, leading some Latinos who witnessed crimes to avoid cooperating with police.

The incoming sheriff said he will rebuild trust by establishing a culture of professionalism, meeting expectations on how the agency should operate and relieving taxpayers of their unnecessary financial burdens from the racial profiling case.

Penzone said he was not worried about a backlash if he reverses Arpaio’s policies.

Arpaio said he doesn’t mind if Penzone decides to undo his signature practices. The voters made a decision and he will accept it.

“If someone else wants a change, it doesn’t bother me at all,” Arpaio said.