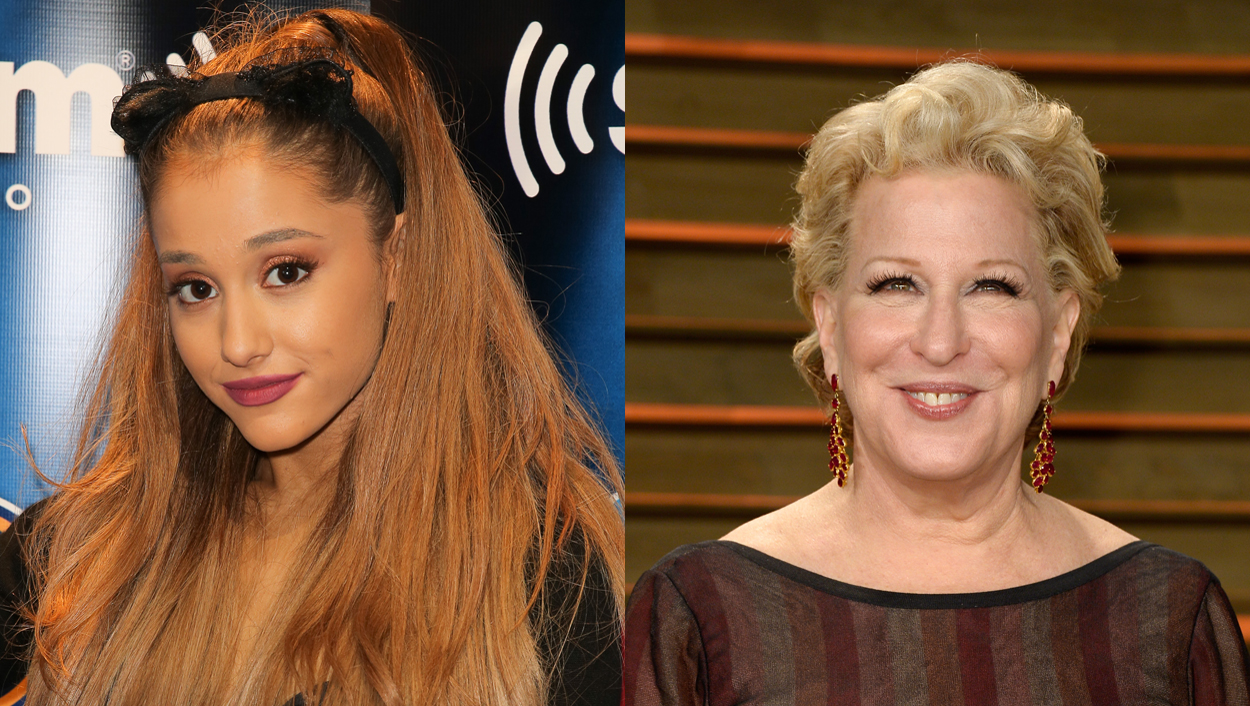 Ariana Grande has responded to Bette Midler, who called the singer's sexy look "ridiculous" and "silly beyond belief" in an interview with The Telegraph.

It all started after Midler, 68, told the U.K. paper, "It's always surprising to see someone like Ariana Grande with that silly high voice, a very wholesome voice, slithering around on a couch, looking so ridiculous. I mean, it's silly beyond belief and I don't know who's telling her to do it. I wish they'd stop. But it's not my business, I'm not her mother. Or her manager. Maybe they tell them that's what you've got to do. Sex sells. Sex has always sold."

The 21-year-old Grande didn't get rattled by the comments, writing on Twitter: "Bette was always a feminist who stood for women being able to do whatever the F they wanted without judgement! Not sure where that Bette went but I want that sexy mermaid back!!! always a fan no matter what my love."

Midler may have started to rethink her original remarks. She later posted the following tweet: