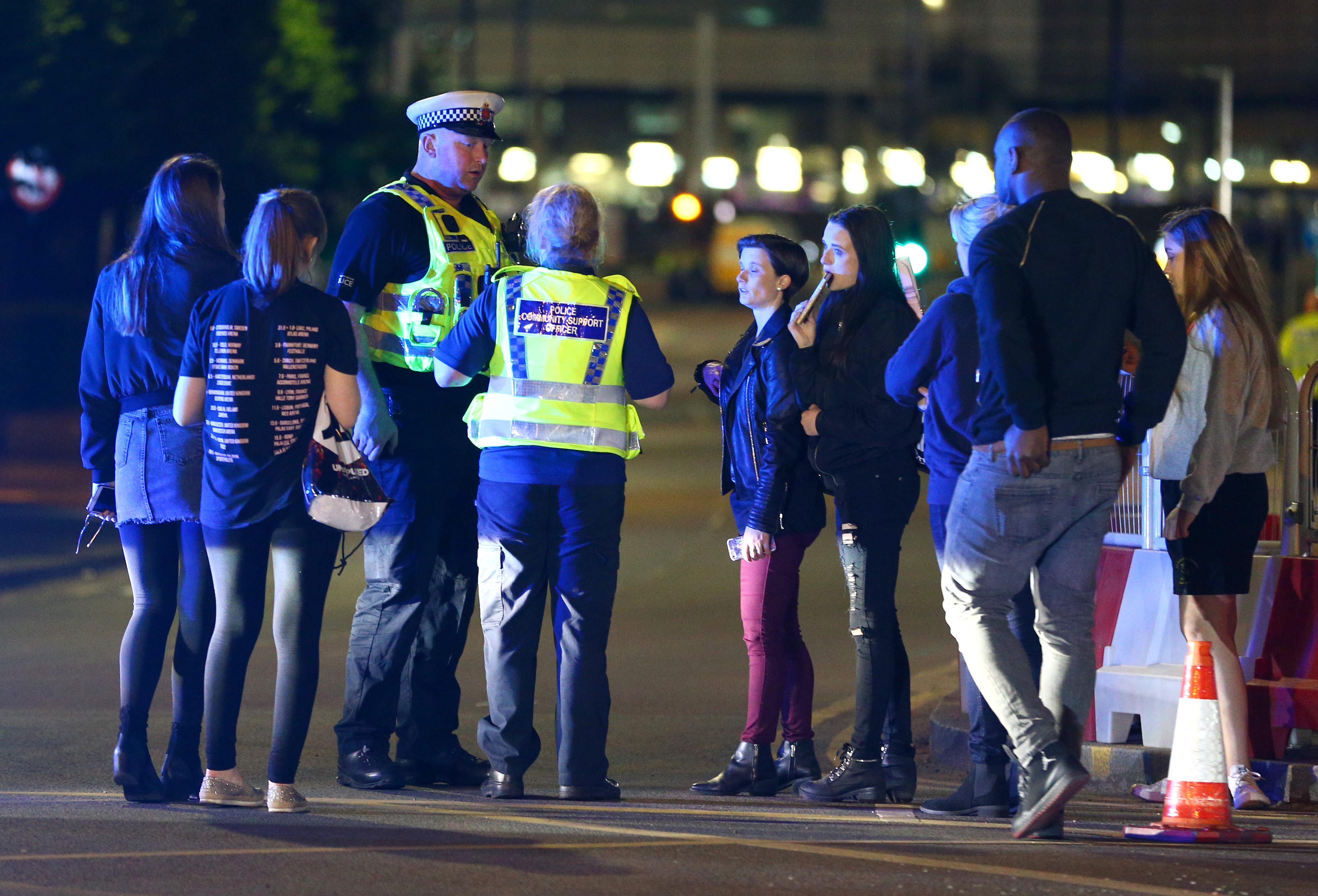 LONDON -- Police on Tuesday identified the man who blew himself up the previous night at an Ariana Grande concert in Manchester, England, as 22-year-old Salman Abedi. CBS News confirmed Abedi was known to British authorities prior to the attack.

An unnamed European security official told The Associated Press that Abedi was a Briton of Libyan descent. Salford University near Manchester's city center confirmed to CBS News that he was a second-year student at the school and was studying business and management.

In a generic statement posted online, the Islamic State of Iraq and Syria (ISIS) claimed responsibility for Abedi's suicide bomb attack, which left 22 people dead, including children, at one of the entrances to the Manchester Arena.

Officials said one man was arrested Tuesday in southern Manchester in connection with the attack, and urged people to avoid the center of the city as raids continued at addresses around the city.

Police and British Prime Minister Theresa May made it clear the focus of the investigation was to determine whether the bomber "was acting alone, or was part of a wider group."

ISIS issued its claim of responsibility in a brief, generic statement that did not identify the bomber and appeared to get some of the facts of the attack wrong. It claimed a "caliphate soldier managed to place a number of devices among a gathering of crusaders in Manchester, and detonated them."

Officials say there was only one explosion, and there have been no indications that other devices were discovered at or near the arena.

U.S. intelligence sources told CBS News they were exercising caution on the early claim of responsibility from ISIS. Authorities are still looking into whether it was a killer who acted alone or who might have had some level of support from the terror network. U.S. intelligence officials were offering assistance in the investigation, as is standard practice in any case involving a close ally.

Dan Coats, the director of national intelligence, noted in Congress on Tuesday that ISIS frequently claims responsibility for terror attacks, and their claim has yet to be verified by U.S. officials.

Testifying in front of the Senate Armed Services Committee, Coats said the Manchester attack should serve as a reminder that the terrorist threat is "not going away and it needs significant attention."

ISIS has repeatedly called for its supporters in the West to attack "soft targets" like sports events and concerts in any way possible.

Previous attacks in Europe and the U.S. have been claimed by individuals who support ISIS and have made contact with its members, but who were not directly supported or guided by the terror network.

Manchester police confirmed the arrest of a 23-year-old man in the southern Chorlton neighborhood of the city on Tuesday morning. The suspect taken into custody was not identified, but police said the arrest was linked to the bombing. Witnesses said the man was smiling as he was apprehended.

Police also confirmed that officers had conducted a controlled explosion at the scene of a separate raid connected to the arena attack in the Fallowfield neighborhood, in south Manchester.

According to British election rolls, Abedi was listed as living at the modest red brick semi-detached house in Fallowfield where police performed the controlled explosion.

Theo Brown, who lives near the Fallowfield address, told CBS News he heard a loud explosion and then saw about 50 law enforcement officers in the street.

The bomb wielded by Abedi was designed to kill and maim as many people as possible; many of the survivors suffered shrapnel wounds and ball bearings were found at the scene.

There was security at the concert, but the bomber apparently didn't try to get into the venue, instead blowing himself up in an entrance foyer area as concertgoers flooded out of the arena. Prime Minister May said the attacker had deliberately chosen "his time and place to cause maximum carnage" in the young crowd.