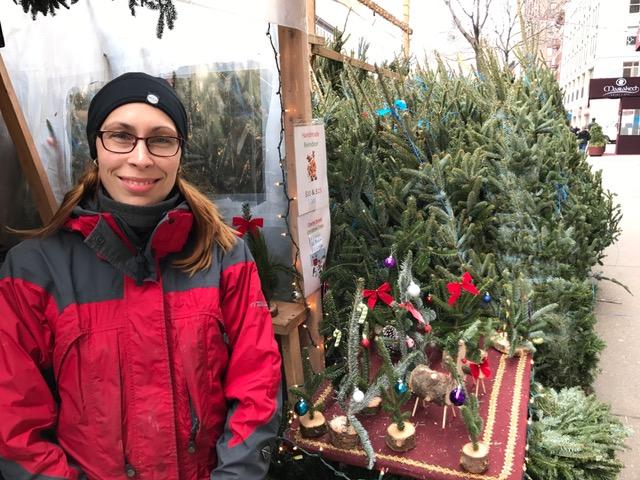 The holidays might bring plenty of goodwill, but some consumers could be feeling fairly grinchy when they shop for a Christmas tree this year.

Prices for Christmas trees have risen in many parts of the U.S., thanks to a combination of long-term growing trends and this year’s past weather. West Coast residents, in particular, are seeing a roughly 10 percent price increase for certain types of trees. Growers cut back on planting trees after a glut about a decade ago, leading to shortages and higher prices this year, according to The Los Angeles Times.

The average price for a Christmas tree reached almost $51 last year, up 40 percent since 2008, according to data from the National Christmas Tree Association. Pricing depends on the height, condition and variety of the tree. Fraser firs, for instance, can fetch a slightly higher price than Balsams because their stronger branches are better for ornaments and their needles don’t drop as quickly.

“There was not much rain this year, so we have to sell the trees a little bit more expensive,” said Renee, a French-Canadian Christmas tree vendor selling trees in New York City. She declined to provide her last name, but noted that her husband, François, had operated their stand for the past 10 years and is the subject of a documentary called “Tree Man.”

Her trees, all Fraser firs, start at about $25 for the smallest and price as high as $240 for an 11-foot tree. Even though many tree sellers in New York come from Quebec, all their trees are grown in the USA. Because of the difficulty of shipping trees over the Canadian-American border, Renee said she and her husband have relied on tree deliveries from North Carolina.

One downside to her sales this holiday season, she said, has been competition from grocery stores such as Whole Foods and Trader Joe’s.

“They are cheaper, but they are not fresh like us,” she said. “I can open ten trees for you, just to see if it’s the good one. I make a fresh cut always, I put it in the baler, we can deliver.”

Cutting a slice from the base of the tree’s trunk ensures that it will soak up water while in the tree stand and stay fresher longer.

New Yorkers may face the most expensive market for Christmas trees, with The New York Post reporting that one Greenwich Village tree stand is selling a 13-foot-tree for $1,000, which includes delivery.

That may be enough to make Santa drop his sack of toys in shock, but there are some keys to make sure you don’t overpay. For one, most trees will cost between $25 to $100. Consumers who want sought-after trees such as Fraser firs may pay slightly more. For instance, a seven-foot Fraser Fir has an average price of $69, compared with $60 for a similarly sized Black hill Spruce, according to the Wadsworth Christmas Tree Farm in Alabama.

Lastly, don’t be afraid to bargain. If you find a tree with a bare spot, for instance, ask the seller to knock off a few dollars.

Renee said her husband bought an eight-and-half-foot Balsam for their family in Montreal, paying about $90. She added, “We pay less of course because we have a lot of trees in our forest.”

What to do with unwanted gift cards
More
Thanks for reading CBS NEWS.
Create your free account or log in
for more features.
View CBS News In
CBS News App Open
Chrome Safari Continue
Be the first to know
Get browser notifications for breaking news, live events, and exclusive reporting.