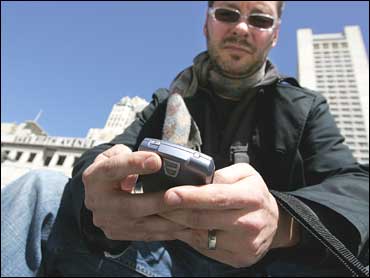 A broad survey about the technology people have, how they use it, and what they think about it shatters assumptions — and reveals where companies might be able to expand their audiences.

The Pew Internet and American Life Project found that adult Americans are broadly divided into three groups: 31 percent are rabid users of technology, 20 percent are moderate users, and the remainder demonstrate little or no usage of the Internet or cell phones.

Some of the findings may not exactly be news — the heaviest users of technology are the youngest — but people's comfort levels with the devices that have seemingly become inextricable from our day-to-day activities is revealing. When asked whether they think computers and technology give people more control over their lives, less than half (48%) agreed; 16% said technology actually meant they felt less control, while 29% said they detected no difference.

The Pew study, "A Typology of Information and Communication Technology Users," was released Sunday. It examined the access people had (or chose to have) with different technologies and how extensively they use them (i.e., maintaining blogs, using cell phones for text messaging, using downloaded content to combine with their own artistic creations).

Assets: Information Appliances
Percentage Of All Americans Who Have Specific Technology

The study divided respondents into three major groups, which were themselves broken down into sub-categories.

The "Elite Tech Users," representing 31% of adults surveyed, have the most information technology tools, use the Internet and cell phones heavily and frequently, and (to varying degrees) are engaged with user-generated content. This group is almost evenly split into four smaller groups:

"Omnivores" were five times more likely than the average to have watched a television program on a non-TV device, like an iPod or computer, and 84% have listened to a radio station without resorting to an actual radio at home or in the car. They love taking digital pictures — 86% of them do so — and they're not shy about it, either: fully half, or 51%, post those images on the Internet. They also shoot their own video (57%, twice the average), and must have some familiarity with Youtube: one in ten of those will upload their video to a Web site.

It may not be all fun and games, but it's certainly games: Omnivores are the heaviest players of video games. Almost two-thirds (62%) play a video game at least a few times a month, and they're not alone when they do — half of them have played online with someone else.

Who are these guys? (And yes, they're mostly guys.) Omnivores are mostly male (70%), young (median age 28), and ethnically diverse (64% white, 11% black, 18% English-speaking Hispanic). And since many are students (given their age), many have access to high-speed and wireless networks.

Curiously, while males dominate two of the four categories of high-end technology users, and are evenly split with women in a third, women outnumber men in "Connectors," and that is the only category with 100% adoption of cell phone technology.

John Horrigan, Pew's associate director, said he started the survey believing that the more gadgets people have, the more they are likely to embrace technology and use so-called Web 2.0 applications for generating and sharing content with the world.

"Once we got done, we were surprised to find the tensions within groups of users with information technology," Horrigan said.

Many longtime Internet users (the "lackluster veterans") remain stuck in the decade-old technologies they started with, Horrigan said. That a quarter of high-tech elites fall into this category, he said, shows untapped potential for companies that can design next-generation applications to pique this group's interest.

The "Middle-of-the-Road Tech Users" (weighing in at 20% of adults surveyed) were divided into two, less-satisfied camps:

Then there are the 49% classified as "Few Tech Assets" — people who feel modern gadgets are on the periphery of their daily lives. While some may have some use for it, others simply stick to land lines and TVs.

The Pew study found 15 percent of all Americans have neither a cell phone nor an Internet connection. Another 15 percent use some technology and are satisfied with what it currently does for them, while 11 percent use it intermittently and find connectivity annoying.

Eight percent — mostly women in the early 50s — occasionally use technology and might use more given more experience. They tend to still be on dial-up access and represent potential high-speed customers "with the right constellation of services offered," Horrigan said.

Income does not seem to be a deterministic factor in the levels of technology usage. While people with higher incomes generally have more devices and more opportunity to access the Internet easily, higher income households also make up a sizable share of some categories of mid- and low-tech users.