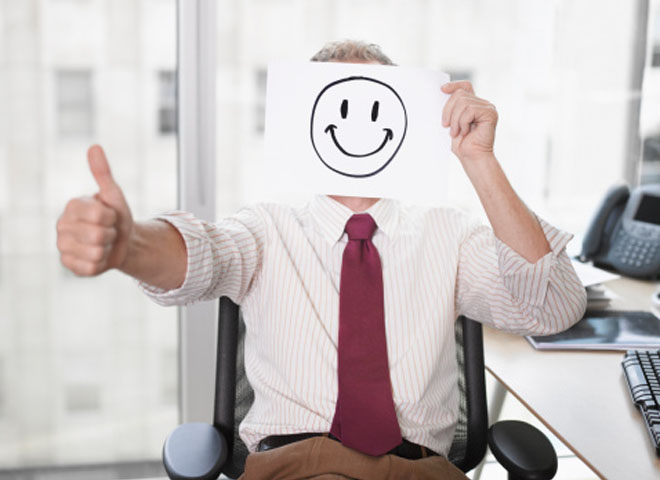 For those of us heading back to work Tuesday, you might take note of the 10 million unemployed Americans who wish they could join you. We all want a good job. But what defines "good"? Could it be that morale matters more than money? Martha Teichner reports our "Sunday Morning" Cover Story:

You may not have ever seen anything quite like it: workers protesting because their boss was fired.

In June, the board of directors of Market Basket, a 71-store supermarket chain in New England, dismissed company president Arthur T. Demoulas. The board was controlled by Arthur T.'s cousin, Arthur S. Demoulas, who wanted more of the profits to go to shareholders, less to employees.

In what amounted to an epic family feud, Market Basket stores hemorrhaged money -- an estimated $1 million a day -- thanks to a customer boycott in sympathy with the employee walkout.

The employee revolt at Market Basket raises a question, especially over this Labor Day weekend: Is there a connection between workers feeling well-treated by their employers, and the bottom line?

There's lots of evidence the answer is yes.

Here's just one example, tracked for 15 years: Stock in Fortune magazine's "100 Best Companies to Work For" way outperformed both the S&P 500 and the Russell 3000 indices

Teichner asked, "What did you discern as the common denominators in what would make a great workplace?"

"It's actually the relationship of trust," said Levering. "They create a certain kind of culture. What we usually hear them talk about as either a family-like environment or a team-like environment."

At number 44, Whole Foods Market is one of only 13 companies that have made the list every year since Fortune started publishing it in 1998.

"Is that psychological mumbo-jumbo, or does it really mean something to say 'team member'?" asked Teichner.

"Well, it means you're part of a team, you're a member of a team," said Mackey. "That's real at Whole Foods. That's part of our culture."

And of his relationship to his employees, Mackey says, "I've become like a father."

Whole Foods employs 85,000 people in 390 stores, such as the one Teichner visited in Boulder, Colo.

"When our team members are happy and enjoy their work, they give better service to the customers," said Mackey. "And then if customers are happy, they continue to shop at the store, they market through word of mouth, and the business flourishes. It prospers."

What's so different about working at Whole Foods? For starters, employees themselves hire their co-workers, by voting them on or off their teams, "Survivor"-style. They get bonuses based on how the team performs. Healthier living means a higher employee discount -- 30 percent.

"People want more than just to earn a living," said Mackey. "People want meaning. They want purpose. They want to feel like their work is making a difference in the world."

Do employees actually buy in?

Louis Karp is a store team leader, a.k.a., store manager. He says, "It takes team members a couple of months to finally get the joke, that we really walk the talk every single day in our stores."

[Full disclosure here: The people we talked to were picked by Whole Foods.]

James Moussauw (seen doing his Edward Scissorhands number in meat), said, "We're making the world a better place, you know, one day at a time."

"So being an ambassador in a store is more important than money?" asked Teichner.

"I would definitely say it is," he replied.

And if they sound like they've been drinking the Kool-aid, that's exactly what best-to-work-for companies, like Whole Foods, try very hard to achieve -- because it's rare.

According to a Gallup study, only 3 out of 10 workers are engaged -- meaning committed to or enthusiastic about their work.

Gallup estimates that actively-disengaged employees cost U.S. business up to $550 billion a year in lost productivity.

"The most important way to have people engaged in their jobs is to make sure that you've done a good job of hiring people in the first place," said Robert Pasin. He calls himself the CWO: chief wagon officer, as in Radio Flyer wagons. You might have had one; more than 100 million have been sold since Pasin's Italian immigrant grandfather started the business in Chicago nearly 97 years ago.

"Everybody asks why is it called Radio Flyer," he said. "My grandfather just thought the two words were really cool and futuristic, so he put 'em on the wagon, and it had nothing to do with the product!"

Radio Flyer is number 13 on Fortune's list of best small companies to work for.

You see toys everywhere -- and signs that the company's 64 employees (called Flyers) have a good time. But the point of the fun and games is to make sure nothing gets in the way of the business of fun and games.

It's a place where Flyers like Mary Kate Venturini live by the Little Red Rule.

Which is? "That every time we touch people's lives, they will feel great about Radio Flyer," she said.

It's a place where feedback is as important as innovation.

Before you pass all of this off as the latest management fad, consider this: Over the past 10 years, said Pasin, Radio Flyer has grown the company by three times.

Levering says it's not a theory; it's real: "These companies that we talk about, you know, the Radio Flyer or Whole Foods and so on, these are real companies with real people that are doing things in a way that succeeds. That's a message that companies can get."

A post-script to the Market Basket fight: Late Wednesday, the board agreed to a $1.5 billion deal, in which Arthur T. will buy out his cousin, Arthur S.

Instead of demonstrating, the employees have been out celebrating -- and are already back on the job.