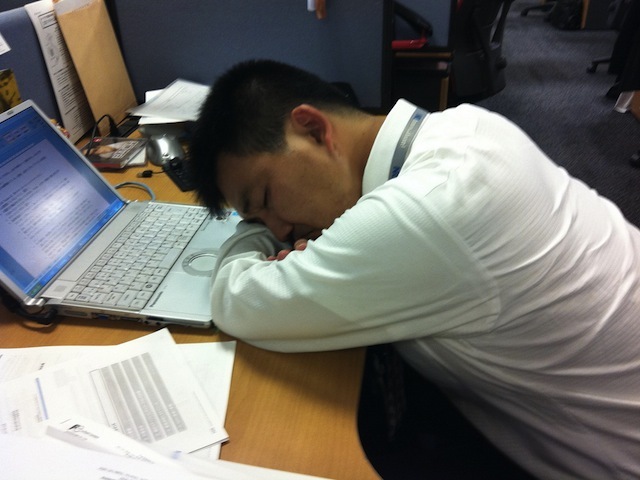 Only 30 percent of American employees feel engaged or inspired at their jobs and the vast majority of U.S. workers -- 70 percent -- are not reaching their full potential, a Gallup study concluded.

The 2013 State of the American Workplace Report estimates that widespread disinterest and unhappiness in the office is not only affecting company performance, but is costing the U.S. $450 billion to $550 billion a year.

Through thousands of questionnaires sent to employees, Gallup determined whether America's 100 million full-time workers were "engaged," "not engaged" or "actively disengaged" at their jobs.

Those who were "engaged" said they are passionate about their work and feel a connection to their company -- they are responsible for the most innovation within their organization. Those who were "not engaged" act "checked out"; although they put time and effort into their work, they don't have energy or passion. While 30 percent said they were engaged, about half of Americans (52 percent) fall into the latter category.

And those who are "actively disengaged" aren't just unhappy -- they act out their unhappiness by undermining what their engaged coworkers accomplish. Gallup found that 18 percent of Americans feel this way about their job.

The study also found that organizations that are hiring have nearly four times more satisfied employees than companies that are letting go of workers.

Popular -- and oftentimes expensive -- strategies to boost work morale, like ping pong tables and catered meals, aren't really helping either, according to Gallup. The report concluded that the mood at the office comes from the top down; if managers focused on their employees strengths more, the study estimates, they could double the average of U.S. workers who have strong performance.

"Here's something they'll probably never teach you in business school: The single biggest decision you make in your job -- bigger than all of the rest -- is who you name manager," wrote Gallup CEO and Chairman Jim Clifton.

Being able to work from home may also help a company's output. Gallup found that on average, those who worked remotely logged 46 hours a week -- compared to on-site employees, who logged in an average of 42 hours a week.