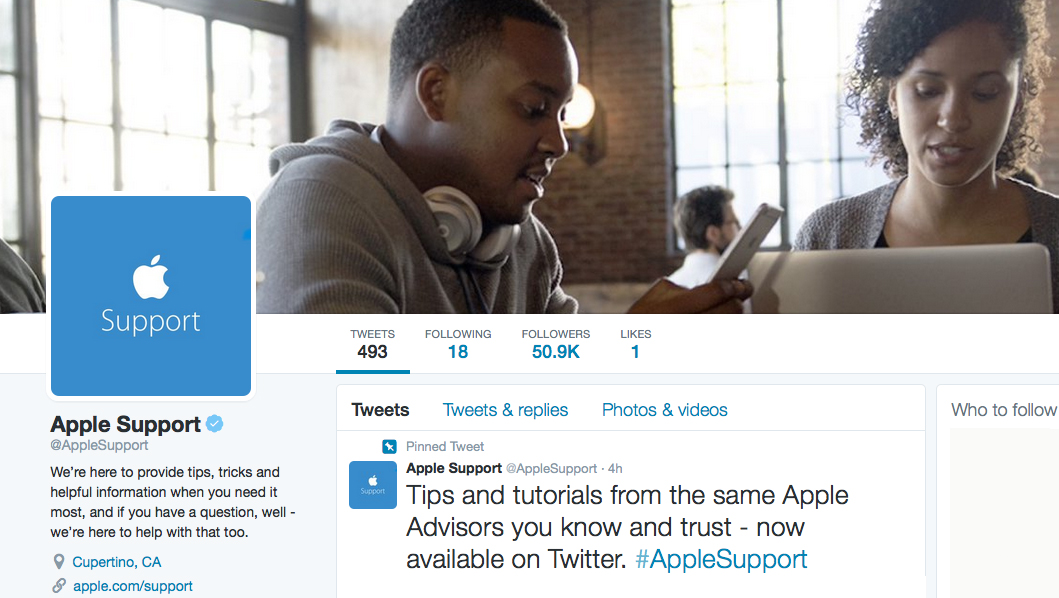 Apple entered the Twitterverse Thursday morning by launching an account dedicated to providing customer support. The @AppleSupport Twitter account is meant to give customers quick, real-time answers to their Apple product questions.

So far, the account has been addressing a wide range of user concerns from whether they can use an iPad charger for an iPhone to questions about using Siri, Apple iOS's artificial intelligence personal assistant. The move is significant because even though the tech giant has multiple Twitter accounts associated with products like iTunes and Apple Music, it has been much more reluctant than many of its competitors to participate in traditional social media outlets.

For its part, Twitter welcomed Apple with open arms. The social media site's CEO Jack Dorsey tweeted out "a HUGE welcome to @AppleSupport!"

Of course, some questions are being raised as to why Apple would decide to establish a more prominent Twitter presence at this time. Apple and its CEO Tim Cook have been in the headlines over their refusal to help the FBI unlock the San Bernardino gunman's iPhone, and Twitter's Jack Dorsey was one of the first tech leaders to publicly throw his support behind the company. On Thursday, Twitter joined more than a dozen other tech companies in filing a legal brief supporting Apple in the case.

Meanwhile, Twitter has been experiencing difficulties of its own, with slower user growth and layoffs in recent months, so a fresh connection to the successful Apple brand could attract more users and enhance its profile.

"Well, I wonder why it took Apple so long.. Glad they have it up and running now!" wrote one Reddit user. Another responded with a more critical view of Apple's social media presence, writing that while the company "for the most part does everything right," the "one thing they do wrong" is social media.