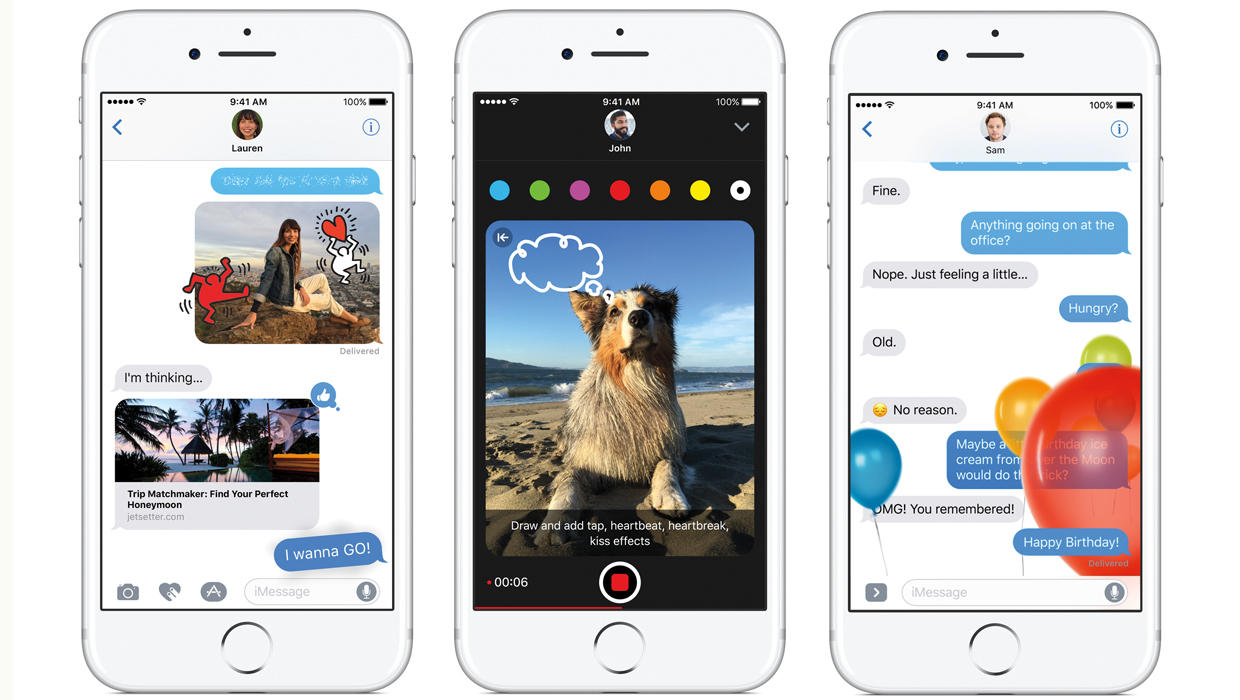 After unveiling the new iPhone 7 and Apple Watch at a highly publicized event last week, Apple officially started to roll out the latest version of its mobile operating system, iOS 10, today. Now, consumers must ask themselves: should I upgrade to iOS 10 immediately, or wait and see?

“Even though it looks just like iOS 9, a lot — and we mean a lot — of features are radically different,” writes CNET’s Sharon Profis.

The latest software, which is compatible with recent models of the iPhone (iPhone 5 or newer), iPad and iPod touch, is Apple’s biggest operating system release yet, the company said. However, CNET advises holding off for now on phones older than the iPhone 6 since their processors may be more likely to suffer performance issues.

For those with newer phones, the software has some shiny new features that might make upgrading now an attractive proposition.

Messages – Some of the most visible changes to iOS 10 are in Messages. You can text in your own handwriting simply by writing on your screen, draw on top of videos, send playful stickers and animations that take over a friend’s entire screen, and automatically swap out words with their corresponding emojis by tapping. Overall, Messages now functions more like Facebook Messenger.

Siri – Siri enthusiasts will likely appreciate that Apple’s personal assistant system is better integrated with others apps. For instance, you can book a ride through Lyft or send money through Square from within Siri.

Maps – Maps has also received an overhaul. The app now makes “proactive suggestions” on where you’re most likely to go and the easiest ways to get there given traffic conditions and delays. You can also make restaurant reservations and book rides through Maps.

“Wake up” – In a new feature users will quickly learn to take for granted, you can now “wake up” your iPhone simply by lifting it.

Good riddance? – Apple users have complained for years about not being able to delete unwanted apps Apple installs by default, such as Stocks, Weather, Maps and Notes. Now, if you don’t want them, you can delete them. Apple has also decided to do away with the familiar “slide to unlock” function on the home screen.

More tweaks – The list of new features is long. Among other things, there are new options for organizing your photos, and you’ll be able to type in two languages without switching keyboards.

Despite the above perks, the first iteration of any new operating system comes with the risk of bugs that Apple will, in future updates, smooth out. Historically, some of Apple’s operating system bugs are minor and some induce migraines: for example, Apple’s iOS 9.3.2 caused certain iPad Pros to lock up, trapping those users in an endless loop unable to use their devices. Bug-wary users might want to wait for others to be guinea pigs before switching to iOS 10.

Whenever you decide to upgrade, the experts at CNET recommend taking a few minutes to do some spring cleaning on your phone before downloading the new software: remove unwanted apps, delete photos and videos you no longer want, back up the photos and videos you do want, and, lastly, back up your entire device on iCloud or iTunes.

Backing up your data and photos is important just in case anything goes awry. Shortly after the release, reports began surfacing on Twitter of users whose phones locked up when they tried to update.

To avoid the bug, Apple recommended users update iTunes on their computers to the newest version, then update the iPhone by plugging it into the computer, CNET reported.

“We experienced a brief issue with the software update process, affecting a small number of users during the first hour of availability,” Apple said in a statement. “The problem was quickly resolved and we apologize to those customers. Anyone who was affected should connect to iTunes to complete the update or contact AppleCare for help.”

Ready to get iOS 10? Go to “Settings” then “General” then “Software Update,” then click “Download and Install.”