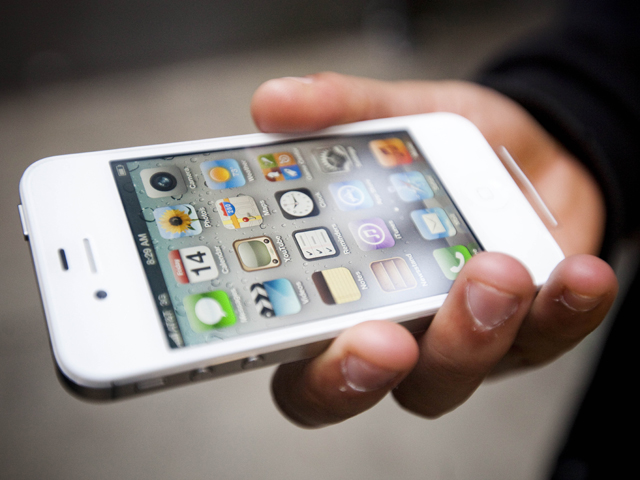 (CBS) - The iPhone 4S was released a little over two weeks ago, but there are already massive complaints about the smartphone's battery life.

According to complaints at the Apple Support Communities forums, users are claiming battery drainage at rates that range from 1 percent every 3-4 minutes to 10 percent overnight on standby.

Light usage has users claiming their batteries drain at about 12 to 35 percent every 30 minutes. Yikes! That means full drainage in only a few hours.

CNET's Josh Lowensohn pointed out that the battery issues affected iPhone 4 users, as well, meaning it is likely an issue with the iOS 5 software.

Oddly enough, when CNET Labs tested the iPhone 4S' battery life their results were not in sync with other users. As a matter of fact, they achieved 9.2 hours of talk time on a single charge, as well as 8.2 hours of video playback and 64 hours of audio playback.

While lab conditions don't exactly meet real-world situations because of user behavior and other variables, over 9 hours of talk time is still a far cry from what's being reported on Apple's forums. Keep in mind, not everyone was equally affected by last year's "antennagate," where a hardware issue was causing dropped calls.

My own experience with what is now being called "batterygate" is that I've noticed a significant drop in battery life after updating to iOS 5. I'm still using an iPhone 4 and would consider myself a moderate user, multitasking anywhere from 5 to 10 apps per day. Before iOS 5, I didn't have to charge my phone for a couple of days at a time. My typical usage includes Facebook, texting and email, but few voice calls. Now, I have to charge my phone at least once per day.

Gallery: The most expensive iPhone cases
Gallery: 6 things to do with your old iPhone

Apple has been mum on the complaints, which is why so many are drawing parallels to "antennagate." According to the Guardian, however, Apple engineers are quietly acknowledging the problem and have reached out to iPhone 4S owners for input.

It seems everyone is betting on a quiet software update that will fix the battery issue. FYI, it took 22 days for an "antennagate" fix. We're currently at 19 days since the iPhone 4S went on sale.