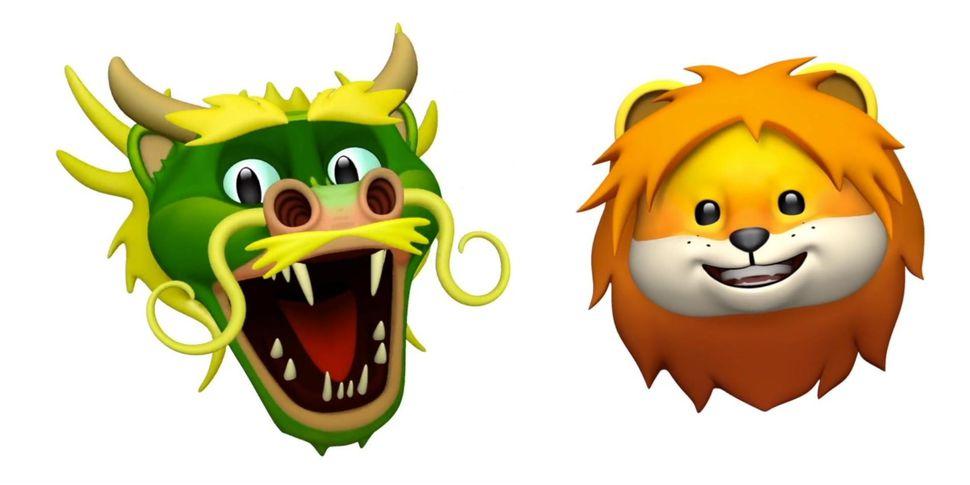 iOS 11.3, the latest version of Apple's iPhone and iPad operating system, is coming this spring -- and it'll offer more features than you might expect from a ".3" release. Whether you're interested in augmented reality, cute Animoji or just a way to keep Apple from throttling your old iPhone, damn it, there's something in this update to pique your curiosity.

And those are just the headline features from a list that's growing longer as we speak, as Apple dev rip apart the new iOS 11.3 beta to see what the company's changed. (Did I mention? Apple released iOS 11.3 beta 1 to developers Wednesday.)

Here are the features we know about, as of Jan. 24:

1. Take control of your battery

I'm not talking about battery life -- I'm talking about the ability to keep Apple from secretly throttling your phone's processing power as your phone's battery ages. Apple was caught red-handed doing that this past winter, and wound up having to apologize for keeping it a secret. And though the company apparently had a good reason for doing it -- preventing unexpected shutdowns -- the revelation left a bad taste in some people's mouths.

Anyhow, as of iOS 11.3, your battery is yours to control. You can turn off the throttling feature, and/or navigate to Settings > Battery to take a look at your battery's current health. If your iPhone 6 or later does need a battery swap to maintain peak performance without issues, Apple say iOS 11.3 will tell you so.

Then, it's just a matter of opting for Apple's $29 replacement battery sometime before the end of the year. (That's how long Apple has said the $29 price will last.)

Got an iPhone X? Then you're probably familiar with Animoji, the floating animated avatars you control with your face so you can send animal-ified emotions to your friends and family via iMessage. (They use the Face ID motion sensing camera array built into the front of the iPhone X.)

You can see a little preview of them in our animated GIF right here. (No, the skull doesn't have a lot of emotion. Should have taken lessons from Pixar's movie "Coco")

Apple's ARKit augmented-reality apps can be pretty amazing, but the world-blurring technology had one key limitation right out of the gate. ARKit could only recognize horizontal surfaces -- think floors and tables -- when deciding where to place virtual objects and make them appear to be part of your real world.

With IKEA's ARKit app, for instance, you could see how a new sofa might look like on the floor of your living room, but you couldn't mount a virtual cabinet to your real walls.

But iOS 11.3 comes with ARKit 1.5, which recognizes vertical surfaces and "irregularly shaped surfaces like circular tables," too, according to Apple. That should let AR developers build a variety of new things, and could potentially improve the accuracy of augmented reality ruler apps as well.

Plus, ARKit 1.5 can recognize flat pictures like signs, posters and artwork now and use them to trigger AR content. CNET's Shara Tibken tried pointing an iPhone at a poster of a lunar lander and was rewarded with an interactive video of the Apollo 11 moon landing.

Here's a list of iPhones and iPads that support ARKit.

It's not mentioned in Apple's press release, but savvy developers discovered it anyhow: iOS 11.3 will bring AirPlay 2, which allows Apple to take on Sonos with multiroom audio playback (e.g., you decide which song plays on each of multiple speakers distributed throughout your home). It's a feature that was announced last June at Apple's Worldwide Developer Conference (WWDC) for iOS 11, but apparently wasn't ready until now.

Of course, it'd probably help if there were more AirPlay 2 speakers to support the feature. The $349, £319 or AU$499 Apple HomePod, shipping this February after an initial delay, won't support it at launch -- and it's not clear if iOS 11.3 is what the HomePod is waiting for. Apple didn't immediately reply to a request for comment.

In the meanwhile, it sounds like you'll be able to cast audio to multiple Apple TVs around your home. That's something.

It's one thing to get notifications on your iPhone, iPad and Mac when you get a new message. It's something else entirely to be able to delete a message on your Apple laptop and have that deletion reflected on your phone and tablet, too.

Messages on iCloud was supposed to bring that to iOS 11, but the feature didn't make the cut -- until now, apparently, seeing how developers just discovered it exists in the iOS 11.3 beta. That doesn't necessarily mean it'll arrive this spring with the full release of iOS 11.3 either, but perhaps?

6. No-hassle chat with your bank or store

Why call a big company or navigate their website when you can just ping them in your messenger app? Facebook Messenger already offers such a feature, and iOS 11.3 will bring Business Chat to iMessage on your iPhone and iPad, too. Here's Apple's pitch:

"With Business Chat, it's easy to have a conversation with a service representative, schedule an appointment or make purchases using Apple Pay in the Messages app. Business Chat doesn't share the user's contact information with businesses and gives users the ability to stop chatting at any time."

Originally announced last June at WWDC and slated to arrive as part of iOS 11, it looks like the feature still won't be finalized when it launches this spring -- it'll be a beta for "select businesses including Discover, Hilton, Lowe's and Wells Fargo."

Also in beta, Apple's new Health Records feature hopes to provide something patients (aka humans) have wanted since the advent of the medical record -- a way to easily access all of your medical records, no matter which doctor, clinic or hospital you pick, in one single (and encrypted) place.

Of course, that only works as long as all of your care providers are on board, and so far only these places are part of the beta:

"In the coming months, more medical facilities will connect to Health Records offering their patients access to this feature," writes Apple.

Here's a short list of everything else interesting that Apple has announced (or curious developers have found) so far:

Apple says iOS 11.3 will be a free update for iPhone 5S and later, iPad Air and iPad Pro, iPad fifth gen, iPad Mini 2 and later, and iPod Touch sixth gen. Animojis require an iPhone X, though, and only a subset of these iPhones and iPads support ARKit.