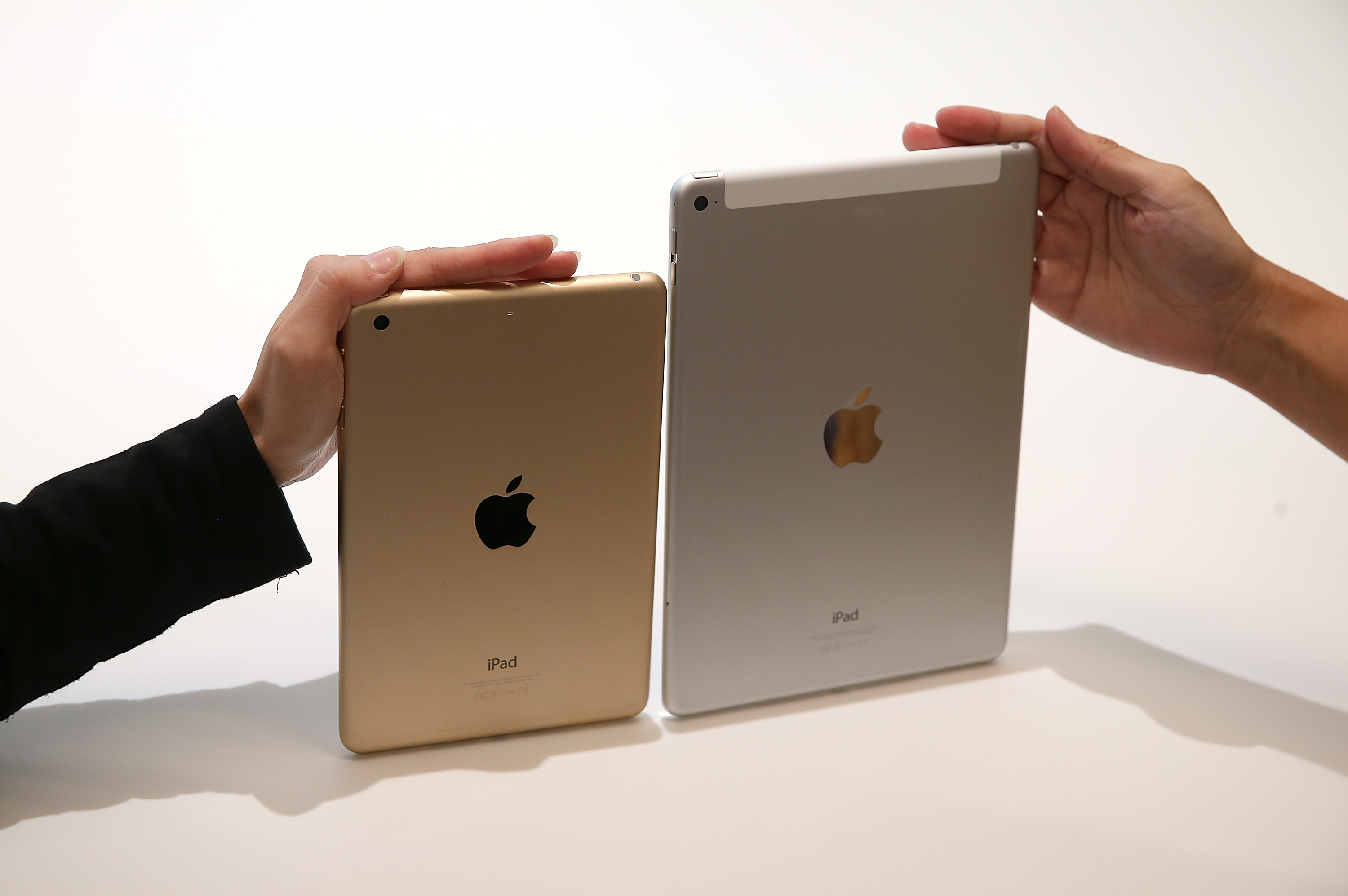 Apple tablet sales may be slowing down, but the company is upping the ante on iPad features and other device offerings to try to turn that trend around.

Thursday's press event at Apple headquarters in Cupertino, California, redirected the spotlight from phones to tablets as the company unveiled updates to a device that was a game-changer for the industry when it was first introduced in in 2010.

Market intelligence and sales data reveal that consumers are much more focused on their phones than their tablet devices. The International Data Corporation (IDC) reports that year-over-year shipments of Apple tablets slipped from 19.5 to 16.4 million units from 2013 to 2014. Meanwhile, Samsung's tablet shipments grew by 2.7 million units during that same time period.

iPads account for 15 to 20 percent of Apple's revenue. Overall Apple's share of the tablet market has taken a hit from increased competition, dropping from 33 percent in 2013 to 27 percent in the second quarter of 2014, according to IDC.

Compare that to the record-breaking iPhone 6 and iPhone 6 Plus sales, which topped 10 million in the first three days after the devices were released. The most loyal iPhone customers showed the lengths they would go to snag the latest devices by camping out for weeks in line for the new phones.

Will the new iPads -- the thinner, lighter iPad Air 2 and iPad Mini 3 -- generate that kind of excitement?

"The iPads were really just incremental updates, but they are really important for Apple as it tries to stop the slide that's been going on in the tablet market," said CNET senior writer Shara Tibken.

The latest iPads include additional photo and editing tools, faster chips, and the same fingerprint sensor capabilities found on the iPhone. But that may not be enough to convince users to invest in an upgrade, or to win over tablet skeptics.

"People are holding on to tablets for much longer than they hold on to their smartphones, and this is causing them to upgrade much less frequently," Tibken said, noting that about 14 percent of iPads currently in use in the U.S. are still the first generation of the tablet.

Meanwhile, new iPad versions have been rolling out every year since the initial product launch in 2010. Apple's phones also have another advantage on tablet sales: as CNET points out, carrier plans offer discounts and upgrade deals for iPhones, unlike tablets, which are not reduced through such plans.

But Apple CEO Tim Cook said last summer that he remains optimistic about future growth in the tablet market, and there's data to back him up. IDC predicts that worldwide shipments of tablets will reach a record 383.8 million by 2018.

The Man Who Wrote Hitler's Horoscope