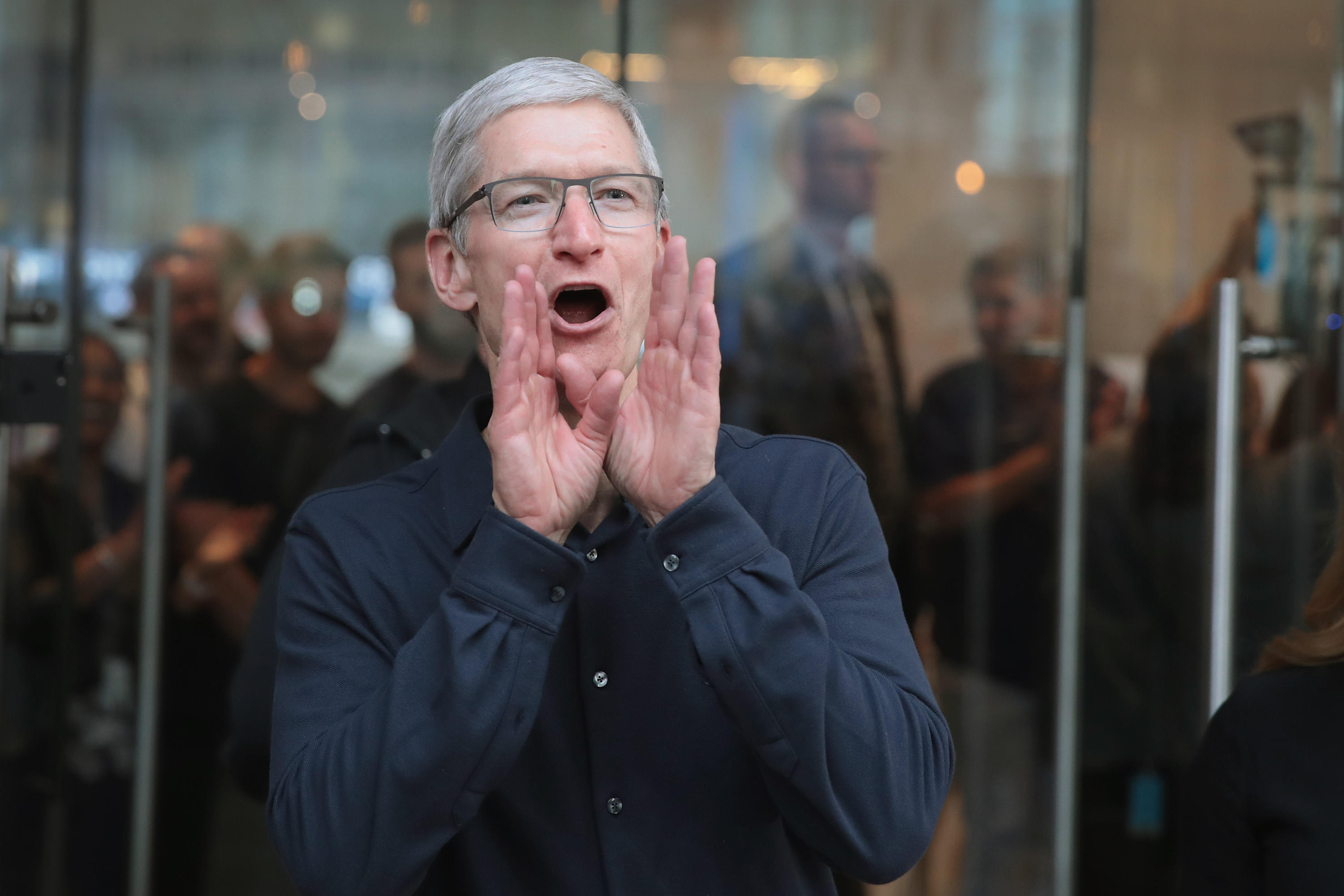 Apple has hit the $1 trillion mark, becoming the first publicly traded company in the U.S. to reach 13 figures in terms of market value.

Apple shares closed at $207.39 Thursday, pushing the company to a market capitalization past $1 trillion. The share price first hit the magic number just before noon, before falling back to around $206, then rising past $207 again just after 1:30 p.m. A company's market value is calculated by multiplying its current share price by the total number of shares investors hold.

The milestone comes a day after Apple reported blockbuster quarterly earnings. The tech giant had relatively flat iPhone sales but increased its revenue thanks largely to higher-priced models including the iPhone X, with a list price of just under $1,000. The company also boosted its revenue from services, including Apple Music and the app store.

The world's most valuable company has also goosed its stock price through buybacks. Apple announced $100 billion in stock buybacks on May 1, the largest repurchase ever by a U.S. public company. Stock buybacks reduce the number of shares a company has on the open market, driving up the price of the remaining shares.

Although many have doubted Apple's staying power over the years, unlike many hardware makers the company has ridden the elegance and functionality of its devices. Under CEO Tim Cook, Apple also has embraced the internet, with its thriving services business helping propel the company toward the new milestone.

More recently, Apple has been in a race to $1 trillion with Seattle-based e-commerce giant Amazon, which is currently valued around $879 billion.

Apple said it expects revenue of $60 billion to $62 billion for the fiscal fourth quarter that ends in Sept. 30. Its net cash stood at $129 billion, according to Moody's analyst Stephen Sohn.

Stock market veterans note that the first trillion-dollar public company -- if only briefly -- appears to have been PetroChina Co., whose shares soared like a rocket past the $1 trillion mark in November 2007 after a Shanghai listing was pumped up by speculators. PetroChina stock soon crashed to earth, losing an astounding $800 billion for shareholders in what Bloomberg News calls "the biggest stock slump in world history."