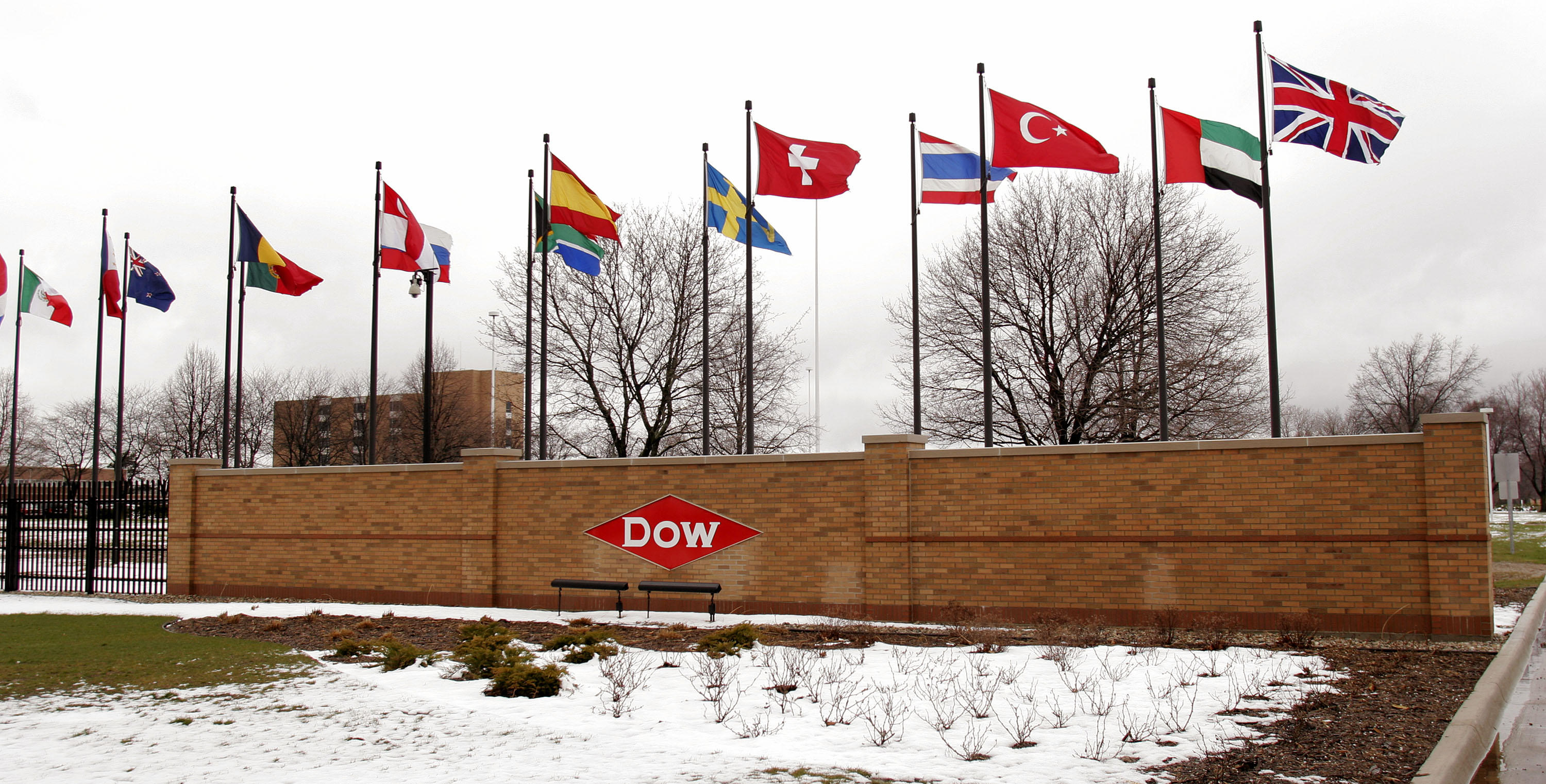 WASHINGTON -- Dow Chemical is pushing the Trump administration to scrap the findings of federal scientists who point to a family of widely used pesticides as harmful to about 1,800 critically threatened or endangered species.

Lawyers representing Dow, whose CEO also heads a White House manufacturing working group, and two other makers of organophosphates sent letters last week to the heads of three Cabinet agencies. The companies asked them “to set aside” the results of government studies the companies contend are fundamentally flawed.

The letters, dated April 13, were obtained by The Associated Press.

Over the last four years, government scientists have compiled an official record running more than 10,000 pages showing the three pesticides under review -- chlorpyrifos, diazinon and malathion -- pose a risk to nearly every endangered species they studied. Regulators at the three federal agencies, which share responsibilities for enforcing the Endangered Species Act, are close to issuing findings expected to result in new limits on how and where the highly toxic pesticides can be used.

The industry’s request comes after EPA Administrator Scott Pruitt announced last month he was reversing an Obama-era effort to bar the use of Dow’s chlorpyrifos pesticide on food after recent peer-reviewed studies found that even tiny levels of exposure could hinder the development of children’s brains. In his prior job as Oklahoma’s attorney general, Pruitt often aligned himself in legal disputes with the interests of executives and corporations who supported his state campaigns. He filed more than one dozen lawsuits seeking to overturn some of the same regulations he is now charged with enforcing.

Pruitt declined to answer questions from reporters Wednesday as he toured a polluted Superfund site in Indiana. A spokesman for the agency later told AP that Pruitt won’t “prejudge” any potential rule-making decisions as “we are trying to restore regulatory sanity to EPA’s work.”

“We have had no meetings with Dow on this topic and we are reviewing petitions as they come in, giving careful consideration to sound science and good policymaking,” said J.P. Freire, EPA’s associate administrator for public affairs. “The administrator is committed to listening to stakeholders affected by EPA’s regulations, while also reviewing past decisions.”

As with the recent human studies of chlorpyrifos, Dow hired its own scientists to produce a lengthy rebuttal to the government studies showing the risks posed to endangered species by organophosphates.

The EPA’s recent biological evaluation of chlorpyrifos found the pesticide is “likely to adversely affect” 1,778 of the 1,835 animals and plants accessed as part of its study, including critically endangered or threatened species of frogs, fish, birds and mammals. Similar results were shown for malathion and diazinon.

In a statement, the Dow subsidiary that sells chlorpyrifos said its lawyers asked for the EPA’s biological assessment to be withdrawn because its “scientific basis was not reliable.”

“Dow AgroSciences is committed to the production and marketing of products that will help American farmers feed the world, and do so with full respect for human health and the environment, including endangered and threatened species,” the statement said. “These letters, and the detailed scientific analyses that support them, demonstrate that commitment.”

FMC Corp., which sells malathion, said the withdrawal of the EPA studies will allow the necessary time for the “best available” scientific data to be compiled.

“Malathion is a critical tool in protecting agriculture from damaging pests,” the company said.

Diazinon maker Makhteshim Agan of North America Inc., which does business under the name Adama, did not respond to emails seeking comment.

Environmental advocates were not surprised the companies might seek to forestall new regulations that might hurt their profits, but said Wednesday that criticism of the government’s scientists was unfounded. The methods used to conduct EPA’s biological evaluations were developed by the National Academy of Sciences.

Brett Hartl, government affairs director for the Center for Biological Diversity, said Dow’s experts were trying to hold EPA scientists to an unrealistic standard of data collection that could only be achieved under “perfect laboratory conditions.”

“You can’t just take an endangered fish out of the wild, take it to the lab and then expose it to enough pesticides until it dies to get that sort of data,” Hartl said. “It’s wrong morally, and it’s illegal.”

Originally derived from a nerve gas developed by Nazi Germany, chlorpyrifos has been sprayed on citrus fruits, apples, cherries and other crops for decades. It is among the most widely used agricultural pesticides in the United States, with Dow selling about 5 million pounds domestically each year.

As a result, traces of the chemical are commonly found in sources of drinking water. A 2012 study at the University of California at Berkeley found that 87 percent of umbilical-cord blood samples tested from newborn babies contained detectable levels of chlorpyrifos.

In 2005, the Bush administration ordered an end to residential use of diazinon to kill yard pests such as ants and grub worms after determining that it poses a human health risk, particularly to children. However it is still approved for use by farmers, who spray it on fruits and vegetables.

Malathion is widely sprayed to control mosquitoes and fruit flies. It is also an active ingredient in some shampoos prescribed to children for treating lice.

A coalition of environmental groups has fought in court for years to spur EPA to more closely examine the risk posed to humans and endangered species by pesticides, especially organophosphates.

“Endangered species are the canary in the coal mine,” Hartl said. Since many of the threatened species are aquatic, he said they are often the first to show the effects of long-term chemical contamination in rivers and lakes used as sources of drinking water by humans.

Dow, which spent more than $13.6 million on lobbying in 2016, has long wielded substantial political power in the nation’s capital. There is no indication the chemical giant’s influence has waned.

When Mr. Trump signed an executive order in February mandating the creation of task forces at federal agencies to roll back government regulations, Dow’s chief executive was at Trump’s side.

“Andrew, I would like to thank you for initially getting the group together and for the fantastic job you’ve done,” Mr. Trump said as he signed the order during an Oval Office ceremony. The president then handed his pen to Liveris to keep as a souvenir.

Rachelle Schikorra, the director of public affairs for Dow Chemical, said any suggestion that the company’s $1 million donation to Trump’s inaugural committee was intended to help influence regulatory decisions made by the new administration is “completely off the mark.”

“Dow actively participates in policymaking and political processes, including political contributions to candidates, parties and causes, in compliance with all applicable federal and state laws,” Schikorra said. “Dow maintains and is committed to the highest standard of ethical conduct in all such activity.”