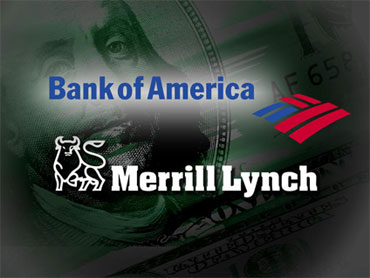 The New York Attorney General's office is preparing charges against several high-ranking Bank of America executives over the bank's alleged failure to disclose details about its acquisition of Merrill Lynch, according to a person familiar with the investigation.

Attorney General Andrew Cuomo's office is likely to file civil charges against the executives over their role in failing to alert shareholders to mounting losses as well as accelerated bonus payments at Merrill, said the person, who requested anonymity because no charges have been filed yet.

Separately, a federal judge on Monday rejected a $33 million settlement BofA reached with the Securities and Exchange Commission over disclosures tied to bonus payments at Merrill.

He wrote in an opinion Monday that the proposed judgement was "not only unfair but also unreasonable."

He called the $33 million a "trivial penalty for a false statement that materially infected a multi-billion-dollar merger."

He said the deal "further victimizes the victims."

Last month, Rakoff ordered the SEC to explain why it didn't investigate whether executives at Bank of America misled shareholders about the Merrill bonuses.

Charlotte, N.C.-based Bank of America agreed to acquire Merrill in a shotgun deal a year ago at the height of the credit crisis. It was later revealed that Merrill - with the knowledge of Bank of America executives - accelerated $3.6 billion in bonus payments before the deal was closed on Jan. 1.

The proposed settlement amounted to less than 1 percent of the total amount of bonuses Merrill Lynch paid out, even though the company lost $27.6 billion in 2008.

Neither Bank of America nor the SEC provided immediate comment on the ruling.

"I'm not sure there are many judges in the country who would have signed off on such a deal, especially with big bonuses creeping back onto Wall Street," said CBS News legal analyst Andrew Cohen.

"Judges get to sign off on these sorts of deals, and clearly this judge felt the SEC settled for less than it should have," said Cohen. "So now the Commission has to go back to BofA and ask for more - and BofA has to calculate how much more of a settlement is going to do the trick."

Cohen said the rejection now puts enormous pressure on the SEC to push forward its case against Bank of America and former Merrill Lynch executives, "to renegotiate better terms with the Bank or to simply walk away, and I can't imagine there is much political support for that last alternative."