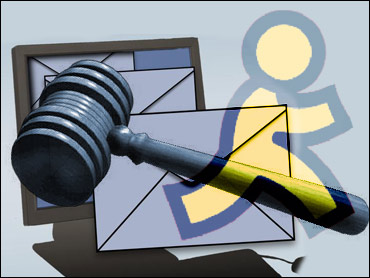 Averting a looming court battle over how it has been handling the exodus from its Internet dial-up service, AOL has agreed to make it easier for its remaining customers to leave as part of a $3 million settlement with 48 states and the District of Columbia.

The resolution announced Wednesday includes Illinois and was driven by a deluge of complaints from AOL customers who said they tried to close their accounts, only to be thwarted in their attempts or discover they were still being billed for services that they thought had been canceled.

The outcry triggered a multistate investigation that would have culminated in a lawsuit if AOL hadn't agreed to ante up and to change its ways, said David Tiede, a deputy attorney general in California.

California was among the states that played a leading role in the settlement. New York and Florida were the only states that didn't participate in the inquiry.

"We insisted that AOL put in place a framework that resolves existing consumer complaints and establish clear policies and procedures to prevent these problems in the future," Illinois Attorney General Lisa Madigan said in a statement.

AOL, the Internet division of Time Warner Inc., didn't acknowledge any wrongdoing in the settlement. The Dulles, Va.-based company said the investigation involved a tiny fraction of the cancellation requests that it has fielded through the years.

From Apple to Indeed, COVID variants delay return to office

"AOL is pleased with this settlement, as it codifies a number of changes that were already made by AOL to improve our service to our members," the company said in a statement.

As part of the settlement, AOL agreed to set up an online channel to process customer cancellations. Although it has long been one of the Internet's best-known companies, AOL had previously required customers to make their cancellation requests by fax, mail or telephone.

Subscribers who phoned AOL to cancel their service sometimes were greeted by aggressive customer service representatives who were paid bonuses of up to $3,000 if they found a way to retain the business, according to the multistate settlement. Customers complained that AOL's incentive system created an obstructive culture that made service cancellations difficult.

"Consumers who called were put on hold or transferred repeatedly until they hung up in disgust," said Connecticut Attorney General Richard Blumenthal, who described AOL's practices as "outlandish and underhanded."

The settlement requires AOL to issue refunds to consumers who can show they were still charged monthly fees after trying to cancel their services. AOL's fees currently range from $9.95 to $25.90 per month. Tiede said the multistate investigation didn't estimate how much money AOL might have to refund.

The $3 million settlement will be divided among the 48 states and the District of Columbia to cover the costs of their inquiry into AOL's practices and finance other consumer protection efforts.

AOL ended March with 12 million U.S. subscribers, down from 21 million less than two years ago.

Customers have been defecting with greater frequency since last August, when AOL began giving away e-mail accounts and software that was previously available only to subscribers. The decision, prompted by free services from Google Inc., Yahoo Inc. and Microsoft Corp., removed one of the main reasons many customers had been clinging to their AOL accounts, even if they lived in households with high-speed Internet access.

This isn't the first time AOL has run into legal trouble for frustrating customers who wanted to dump the Internet access service.

In 2005, AOL paid $1.25 million in penalties and costs to resolve a similar complaint in New York. In 2003, the company agreed to improve the way it dealt with customer cancellation requests as part of a Federal Trade Commission inquiry into allegations about unfair billing practices.

In a separate development, investors hurt by accounting shenanigans that inflated AOL's advertising revenue from 1998 to 2002 will begin to receive payments from a $2.65 billion class-action settlement later this month.

The initial distribution of the money was held up last month after a technology company, BizProLink LLC, filed an appeal seeking a share of the proceeds.