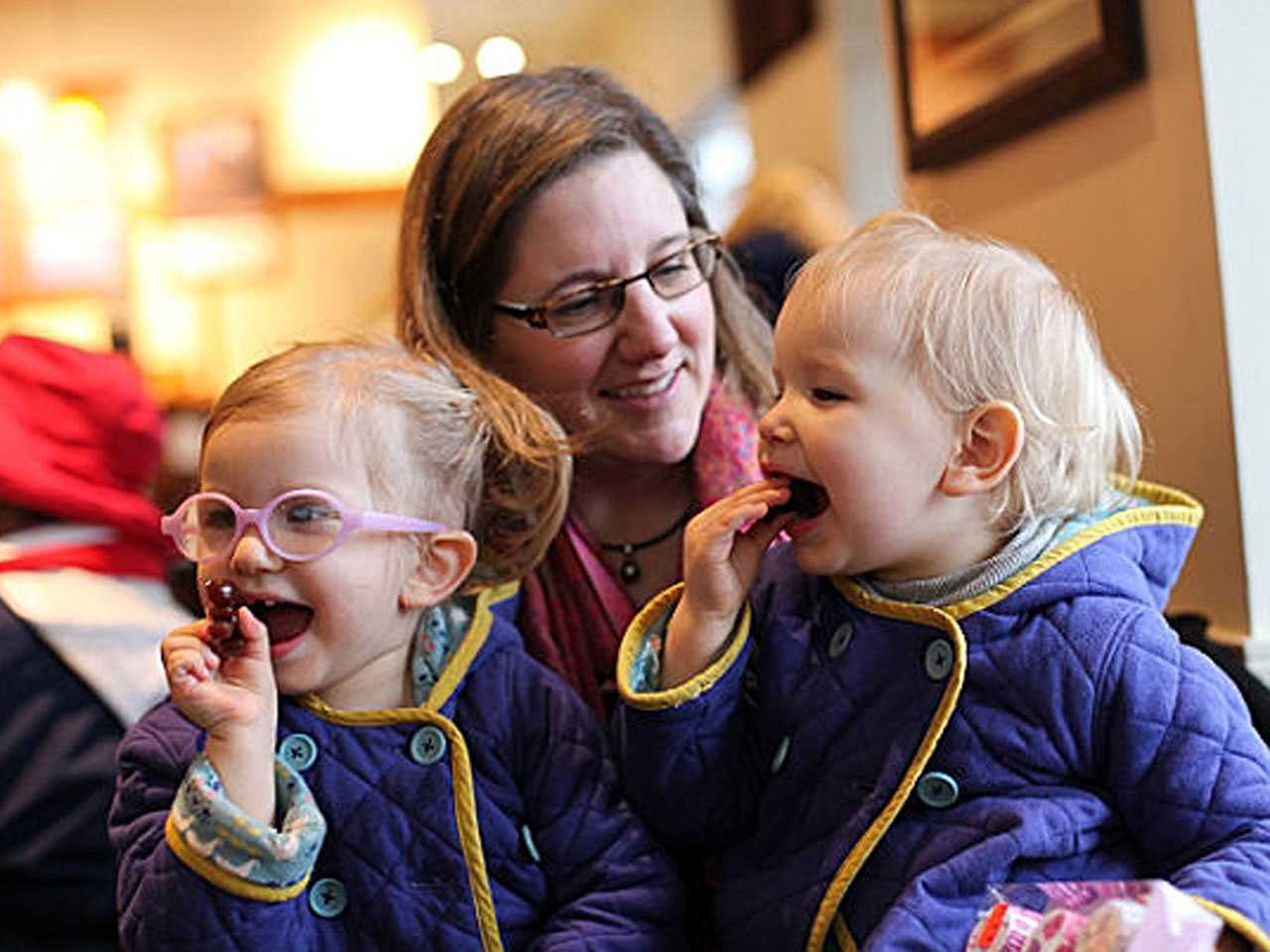 LAKE OSWEGO, Ore. - One is a businesswoman and an MBA graduate. Another is a corporate vice president. The third is a registered nurse.

These three mothers - all of them educated, middle-class professionals - are among the vaccine skeptics who have been widely ridiculed since more than 100 people fell ill in a measles outbreak traced to Disneyland. Critics question their intelligence, their parenting, even their sanity. Some have been called criminals for foregoing shots for their children that are overwhelmingly shown to be safe and effective.

"Contrary to the common sentiment, we are not anti-science," said Michelle Moore, a businesswoman who lives in the affluent Portland suburb of Lake Oswego with her 2.5-year-old twin girls. "I'm not opposed to medicine, and I think vaccines have a place. We think it's a medical choice, and it should be researched carefully."

The backlash, much of it from people who fear unvaccinated children could infect their own kids, has been so severe that dozens of anti-vaccine parents contacted by The Associated Press were afraid to speak out. But a handful of mothers agreed to discuss their thinking.

Moore, an MBA graduate who runs an agriculture-related business, traces her feelings back to the time she took Lariam, a supposedly safe anti-malaria medication. Instead, she said, the drug saddled her with multiple health complications. She questions whether the government knew about the risks at the time. Health officials now acknowledge Lariam can cause severe side effects, some of which can be permanent.

That experience broke Moore's trust in the medical establishment and launched her on years of research into how vaccines can affect people's health. When she got pregnant, Moore and her husband delayed immunization for Sierra and Savannah.

"It was not an easy decision," she said. "The thought of something happening to them because we chose not to vaccinate is terrifying. But I have so many questions, and I do think it's the right decision for our family."

Nancy Babcock of Spokane, Washington, says people who share her opinions "are being vilified and ostracized." Babcock, a vice president at a bank, told her daughter about her doubts. Then her daughter and her husband looked into the issue, and they decided not to immunize their two children.

"In a community with many young people, those who don't vaccinate are feeling a lot of pressure," she said.

Nationwide, parents who seek an exemption from vaccine requirements are still in a tiny minority. The median total exemption rate for kindergartners during the 2013-14 school year was just 1.8 percent, according to the Centers for Disease Control and Prevention. But some individual schools or communities have higher exemption rates, at times approaching 60 percent or more.

The CDC says years of testing are required before a vaccine is approved, and the shots are continually monitored for safety and effectiveness.

Anti-vaccination parents include a mix of views - from religious communities to families practicing alternative medicine and libertarians who shun government interference.

But many are Americans with college degrees living in liberal communities such as Santa Monica or Marin County in California and Portland, said Gary Freed, a professor of pediatrics at the University of Michigan.

Most hesitant parents do not avoid all vaccinations. They typically under-vaccinate, either delaying the shots until their child is older or refusing certain vaccines while continuing with others, Freed said.

The parents who spoke to AP recounted spending hundreds of hours reviewing medical studies, books and news stories and networking on social media. They cited cases of children who were supposedly hurt by vaccines and the existence of a government-run vaccine injury-compensation program. And they worried about the oversight of pharmaceutical companies that reap profits from vaccines and are shielded from liability when a vaccine causes harm.

Moore said she read a 1998 study published in The Lancet journal by Dr. Andrew Wakefield, who raised the possibility of a link between the measles-mumps-rubella vaccine, bowel disease and autism. She said she knows the study was later discredited and retracted. She believes the research was inconclusive.

Moore concedes that the vast majority of studies show vaccines are safe, but she says some research points to inconsistencies, unknowns or negative effects that deserve further investigation.

And while autism is still a concern, Moore and others also worry about how exposure to chemicals, bad nutrition and stress can affect genes and health. They say large doses of synthetic additives found in vaccines, including aluminum and mercury, can harm the immune and digestive systems and brain.

They're believers in living naturally and eating organic food who also question the safety of genetically modified organisms, pesticides and other common substances such as flame retardants and plastics.

"There are so many environmental toxins, but anything in my children's world that I can influence I do," Moore said.

The CDC has phased out a mercury-containing preservative in vaccines as a precautionary measure, and the agency says vaccines containing aluminum pose extremely low risk to infants. Federal officials also say GMOs in foods are safe, as are pesticides if used according to labels.

These parents say they should be able to decide whether their child undergoes a medical procedure - a decision, they say, that goes to the core of what it means to have freedom of choice.

"I have the right to decide what to put into my child's body," said Heather Dillard, a mom in Springfield, Missouri, who is also a registered nurse. "Nobody has the right to put toxic chemicals into my son's bloodstream. That's taking my rights away, and it's very scary to me."

Dillard said she decided against vaccinating because her first child was born a preemie and has autism. Dillard does not believe vaccines caused the autism, but the disease led her to do a lot of research about health. She says she now chooses to build her son's immunity naturally, through diet, while avoiding shots or other medication.

Dillard and others say they are not worried about measles because their children have strong immune systems. They cite statistics: Out of the 1,000-plus measles cases in the past decade, there was not a single death.

"What I'm more nervous about is the hysteria that would result," if her children were to get ill, Moore said.

Moore said she does worry about affecting children who are immune-compromised and cannot be vaccinated. Before visiting friends with babies or young children, she said, she always informs them her twins are not vaccinated "so they have the power to make a choice." She also keeps the girls home at any sign of sickness.

Researchers say berating parents who oppose vaccines will not persuade anyone and only puts people on the defensive. Educational messages from health officials may also make little difference and could, in fact, be counterproductive, said Brendan Nyhan, assistant professor of government at Dartmouth College.

A study conducted by Nyhan and his colleagues last year showed that when parents were presented with evidence that vaccines do not cause autism or that measles cause great harm, some ended up feeling even more ambivalent.

"We tend to be skeptical toward information that contradicts our existing views," Nyhan said.

If Oregon were to take away the right to a vaccine exemption, Moore said, she would likely home-school her twins. She's keeping an open mind about vaccinating as her children get older, but hopes more studies on the long-term effects of vaccines can help dispel her doubts.

"I worry about living in a society that's progressively more intolerant toward any dissent," Moore said. "All scientific advances have come from questioning the status quo."