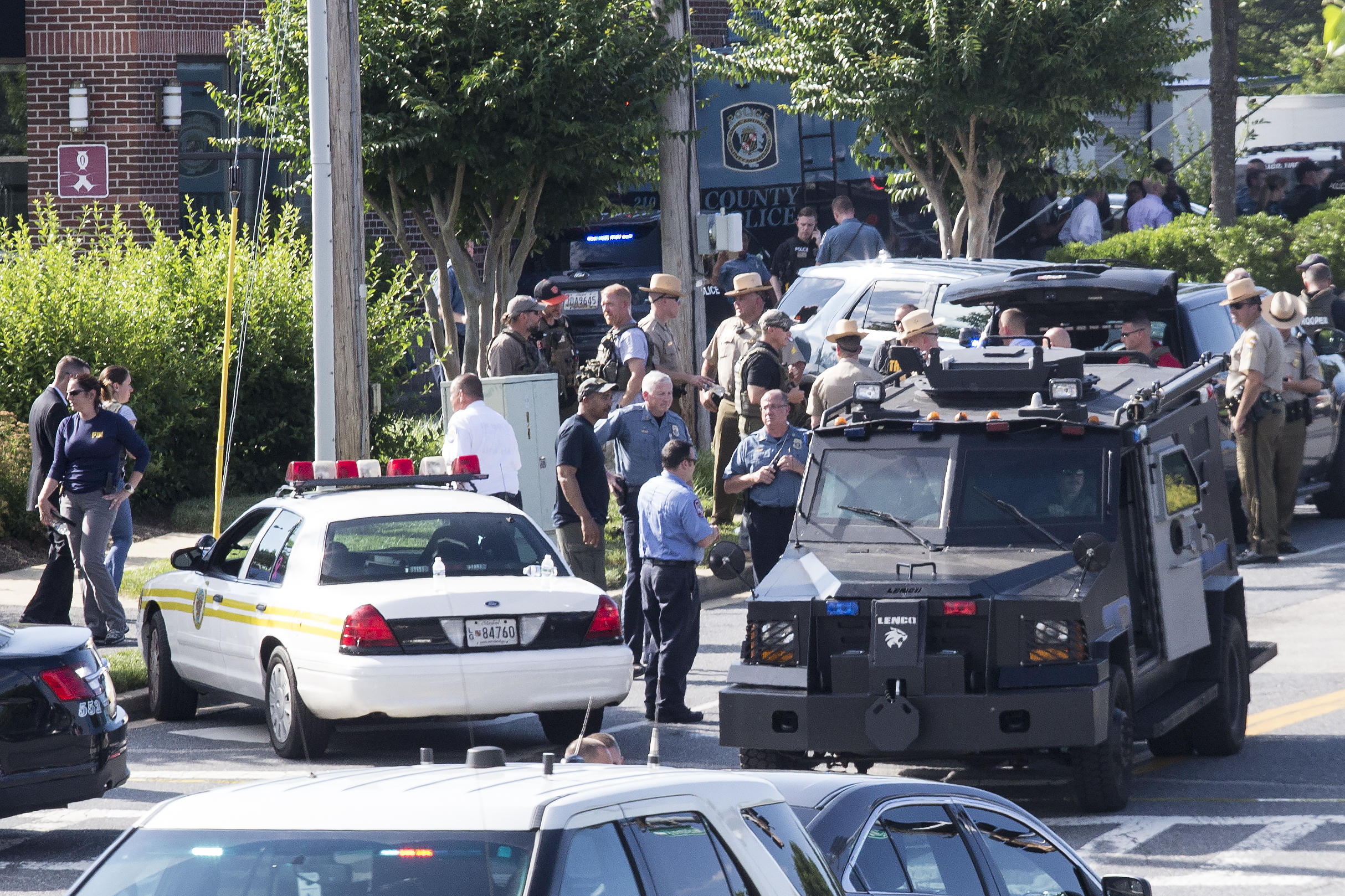 Editor's note: The initial version of this story published Thursday evening reported that the suspect had "damaged" the tips of his fingers in an attempt to prevent identification, citing a law enforcement official. On Friday, Anne Arundel County Police Chief Timothy Altomare said that there was a lag in identifying the suspect using fingerprints, and that facial recognition technology was used. But he said that "there was no alteration to his fingerprints." This story has been updated.

A law enforcement official tells CBS News the suspect accused of killing five people in at a Maryland newspaper has been identified as Jarrod Ramos, 38, of Laurel, Maryland. Police say Ramos opened fire Thursday afternoon at the offices of the Capital Gazette in Annapolis, killing five and injuring others.

Ramos was scheduled to appear in court Friday morning on five counts of first degree murder.

The suspect was taken into custody at the scene, but was not cooperating with investigators, police said. CBS News' Jeff Pegues reports that Ramos was caught hiding under a desk.

Ramos did not have identification on his person at the time he was taken into custody. He's described as having long hair. A law enforcement source says authorities used other means of identifying him, including facial recognition technology to search databases of passports and driver's licenses.

A law enforcement source said he carried smoke bombs or flash bangs in his backpack. Police said he used a "long gun" in the shooting, which a source said was a shotgun.

CBS News has also learned the gunman opened fire through the glass door into the newsroom. Eyewitness told authorities the shots sent reporters and other employees under desks and other hiding places.

Pegues reports that investigators will be trying determine the suspect's motive. They will try to recover any of Ramos' electronic devices and see if he has any social media accounts. Police said Thursday night that Ramos did make threats through social media.

In addition, investigators will try to determine if the suspect had been in to the newspaper office before. A source familiar with investigations like the one Thursday says the speed of the shooting suggest there was some familiarity. They will look into how he was able to get into the building.

Investigators have secured the suspect's home and are in the process of preparing search warrants.