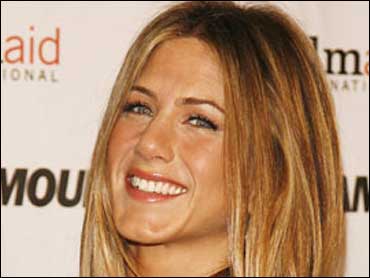 As if being an Emmy-winning television star, a superstar movie actress and a successful film producer weren't enough, Jennifer Aniston has a new credit for her resume: director.

Aniston marked the world premiere of her directorial debut, the short film "Room 10," Monday night at the Directors Guild in Los Angeles.

The film is one of three short stories brought to life under the direction of women in Hollywood as part of "Glamour Reel Moments" competition.

The actress, perhaps best known for playing Rachel on the TV sitcom, says this time, the timing was right.

"I think it was just timing, and I think – 'cause it's supposed to be right here, and this experience, which is just wonderful," she said.

The film, which Aniston co-directed with her friend Andrea Buchanan, features actors Robin Wright Penn and Kris Kristofferson. "Room 10" was inspired by the real-life story of Glamour reader Colleen Goldrick.

The three films, which benefit FilmAid International, will be shown in 10 U.S. cities.