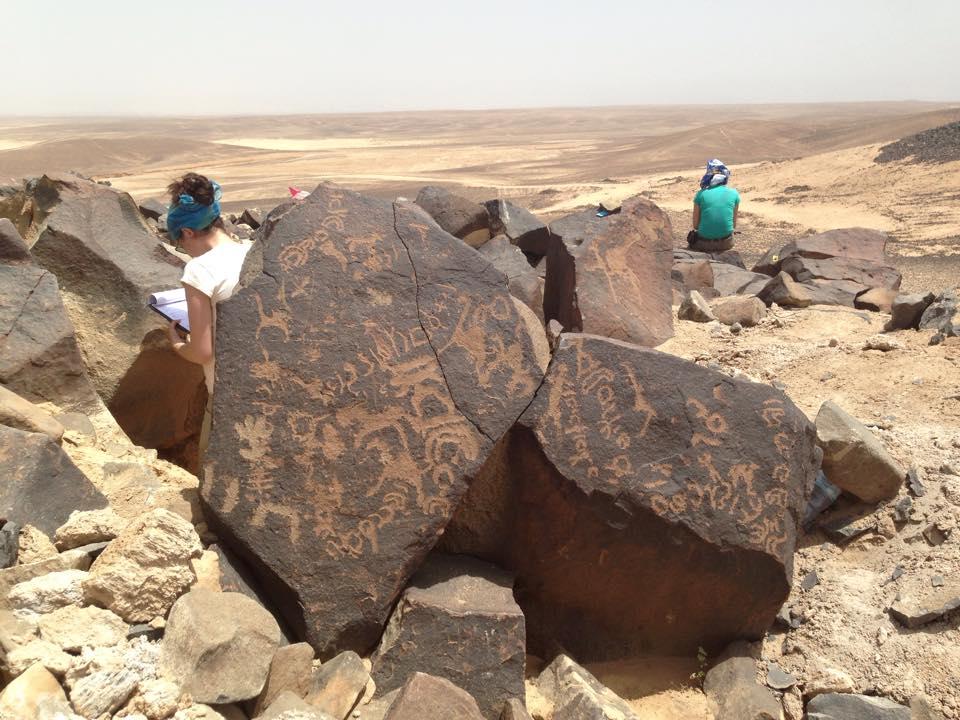 Thousands of inscriptions and petroglyphs dating back around 2,000 years have been discovered in the Jebel Qurma region of Jordan’s Black Desert. They tell of a time when the now-desolate landscape was teeming with life.

“Nowadays, the Jebel Qurma area, and the Black Desert in general, is a highly inhospitable area, very arid and difficult to cross,” said Peter Akkermans, a professor at Leiden University in the Netherlands who leads the Jebel Qurma Archaeological Landscape Project. Photos the team took of the modern-day landscape show little water, vegetation or wildlife.

The inscriptions are written in Safaitic, an alphabetic script used by people who lived in parts of Syria, Jordan and Arabia in ancient times. Research is ongoing, but the archaeologists say their finds indicate that around 2,000 years ago, Jebel Qurma had trees, wildlife and a sizable human population. [See Images of the Petroglyphs in the Black Desert]

“There are literally many thousands of Safaitic inscriptions and petroglyphs in the Jebel Qurma region, which suggests that people intensively used the area,” Akkermans said.

The petroglyphs, or rock art, show images of lions, gazelles, horses and large birds that may be ostriches. The inscriptions found near these petroglyphs tend to be very short. “Most of the texts are simply names, like ‘so-and-so, the son of so-and-so,’” Akkermans said.

Some texts contain information on what people were doing, with a few hinting that the people who inhabited Jebel Qurma had conflicts with the Nabataeans, a people who built the ancient city of Petra. “I am on the lookout for the Nabataeans,” one inscription reads.

Other inscriptions tell of the challenges and setbacks encountered by the people who lived at Jebel Qurma. “May there be strength against hunger,” one inscription reads, while another was written by a man who said he was “distraught over his beloved.”

Specialists are currently analyzing the texts and petroglyphs to gain a better understanding of what they mean and why they were created. “The precise reason for producing rock art -- inscriptions and/or representations — is still unclear and open to discussion. What was the message which the producers of the rock art tried to convey?” Akkermans said.

How a lush land became desolate

In addition to the inscriptions and petroglyphs, archaeologists found the remains of camps, shelters and tombs used by the people of Jebel Qurma. Archaeologists believe that around 2,000 years ago, the people who lived in the region were nomadic.

The team is looking for more evidence of what the environment was like in ancient times and how the landscape became the desolate place it is today.

“Our excavation at one site revealed masses of charcoal from the third century A.D., which appeared to represent several taxa [groups] of trees, which needed water year-round,” Akkermans said. “Hence, the conditions in at least the third century A.D. may have been quite different from today. This is certainly something I wish to explore in the next field seasons, by coring for pollen.”

A report describing the finds was published recently in the American Journal of Archaeology.