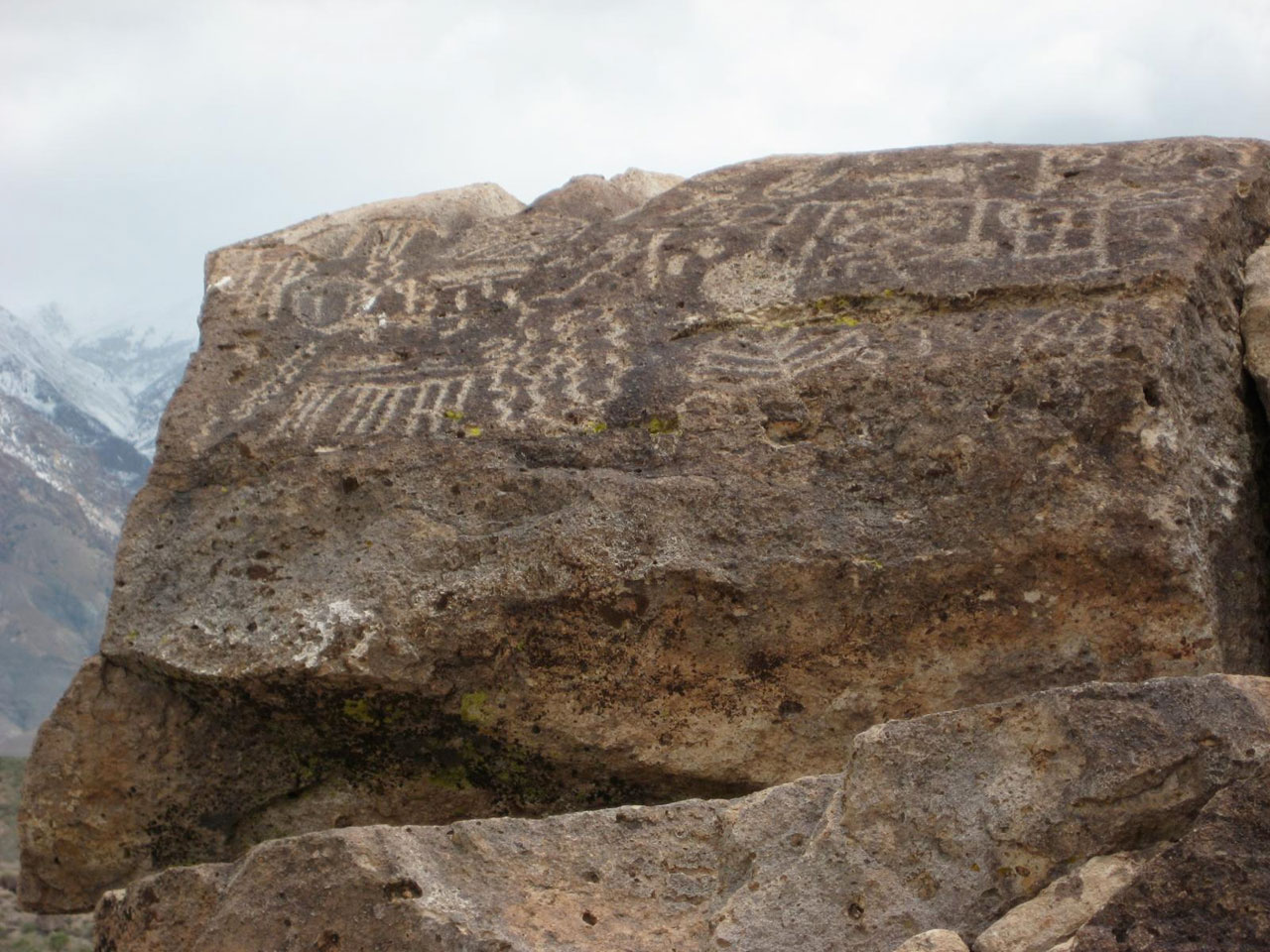 At least four petroglyphs -- some 2 feet wide and located 15 feet above the ground -- were hacked from lava cliffs in the Eastern Sierra, the Los Angeles Times reported Sunday.

Visitors to the area, known as Volcanic Tableland, discovered the theft and reported it to the federal Bureau of Land Management on Oct. 31.

"This was the worst act of vandalism ever seen" on the 750,000 acres of public land administered by the BLM field office in Bishop, BLM archaeologist Greg Haverstock told the newspaper.

The thieves must have used ladders, electric generators and power saws. In addition to the four carvings that were stolen, one was defaced with deep saw cuts on three sides, and another was removed but apparently broke during the theft and was left propped against a boulder near a visitor parking lot.

More than 3,500 years ago, Native Americans carved pictures of hunters, deer and other animals, and geometric and other designs into a half-mile-long volcanic escarpment. The images adorn hundreds of lava boulders.

The petroglyphs are probably worth only about $500 to $1,500 on the illegal art market but are priceless to American Indians, authorities said.

"We still use this sacred place as a kind of church to educate tribal members and children about our historical and spiritual connections," Paiute tribal historic preservation officer Raymond Andrews said. "So, our tribal elders are appalled by what happened here."

Volunteers have stepped up surveillance at the site, which is listed on the National Register of Historic Places. The BLM is offering a $1,000 reward for information leading to arrests. A first-time felony conviction for damaging or removing petroglyphs can carry a one-year prison sentence and a $20,000 fine.

Meanwhile, federal officials and American Indian leaders plan to mark the damage with signs noting that it was done by, as Haverstock put it, "malicious, selfish individuals."