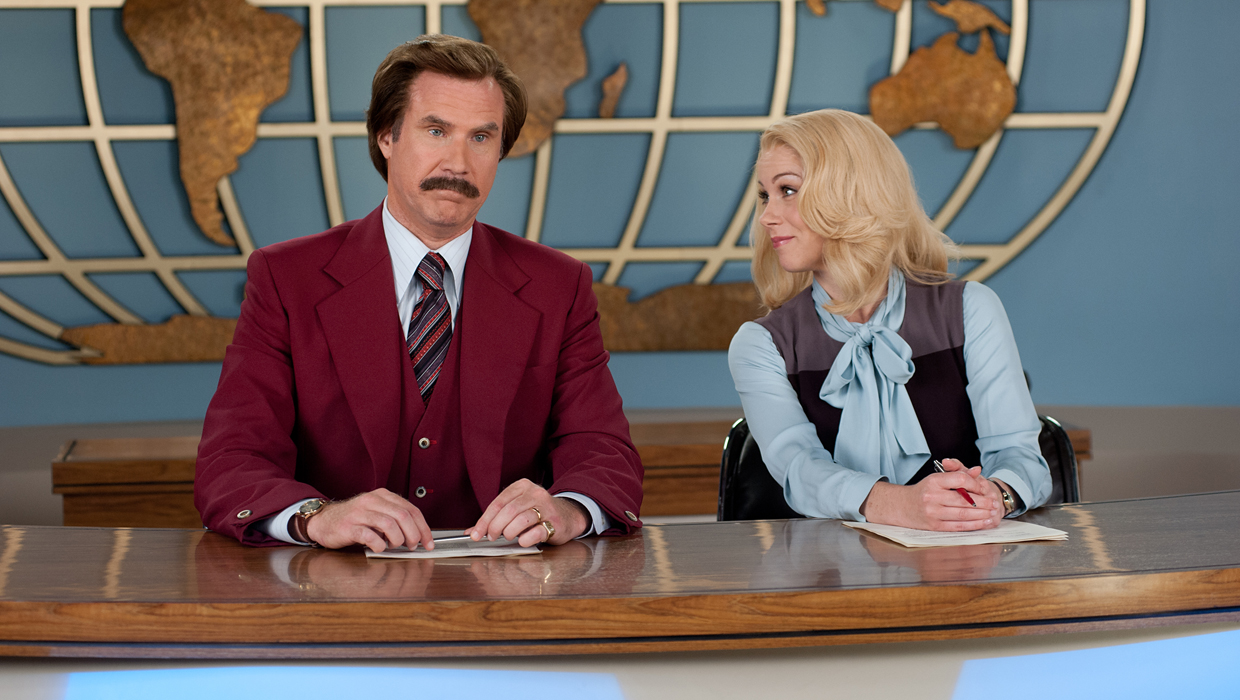 Will Ferrell is back on the big screen as newsman Ron Burgundy, almost a decade after he first declared he was "kind of a big deal" and told San Diego to stay classy.

"Anchorman 2: The Legend Continues" hits theaters on Wednesday, following a promotional blitz that included premieres, Dodge commercials, an exhibit at Washington's Newseum, the temporary renaming of a college's communications school and anchoring a real-life newscast in character.

So, how does the sequel compare to the endlessly-quotable "Anchorman: The Legend of Ron Burgundy"? Critics have weighed in -- and the reviews are mostly positive, calling the film silly but fun. (As Burgundy himself once said, "Don't act like you're not impressed!")

"Making a sequel to a cherished cultural totem is no easy business, but director Adam McKay and his muse Will Ferrell keep things very classy in 'Anchorman 2: The Legend Continues,' a modestly less quotable but generously funny new adventure for scotch-and-mahogany-loving 1970s newsman Ron Burgundy, here catapulted into 1980 and the dawn of the 24-hour news cycle." -- Scott Foundas, Variety.

"The movie cleverly spoofs the 24-hour TV news cycle, as well as sexism and racism in the workplace. Not every scene is equally funny, of course, but most of the comic antics generate laughs." -- Claudia Puig, USA Today.

"Of course, the plot is pretty much beside the point in a film like this one. What we want are jokes that are as comforting and familiar as the laugh track on a sitcom rerun. 'Anchorman 2' dutifully (sometimes hilariously) serves up those jokes even though we already know the punch lines." -- Chris Nashawaty, Entertainment Weekly.

"Scene after scene rockets past dumb, past camp, past Kabuki, and into the Milky Way of Silly where laws can be made up and discarded as long as what happens gets laughs." -- David Edelstein, New York Magazine.

"Especially toward the beginning, the filmmaking is quite clunky and lacking in finesse. But the comic potential of individual scenes reaps the benefit of what one would imagine to have been lots of rewriting, improv and careful preparation, as a good percentage of the funny stuff is right on the money." -- Todd McCarthy, The Hollywood Reporter.

"Time will tell if this film is as quotable as its predecessor, but for now, 'Anchorman 2' coasts along quite successfully on sheer manic eccentricity." -- Ian Buckwalter, NPR.

Tell us: Will you see "Anchorman 2: The Legend Continues"?