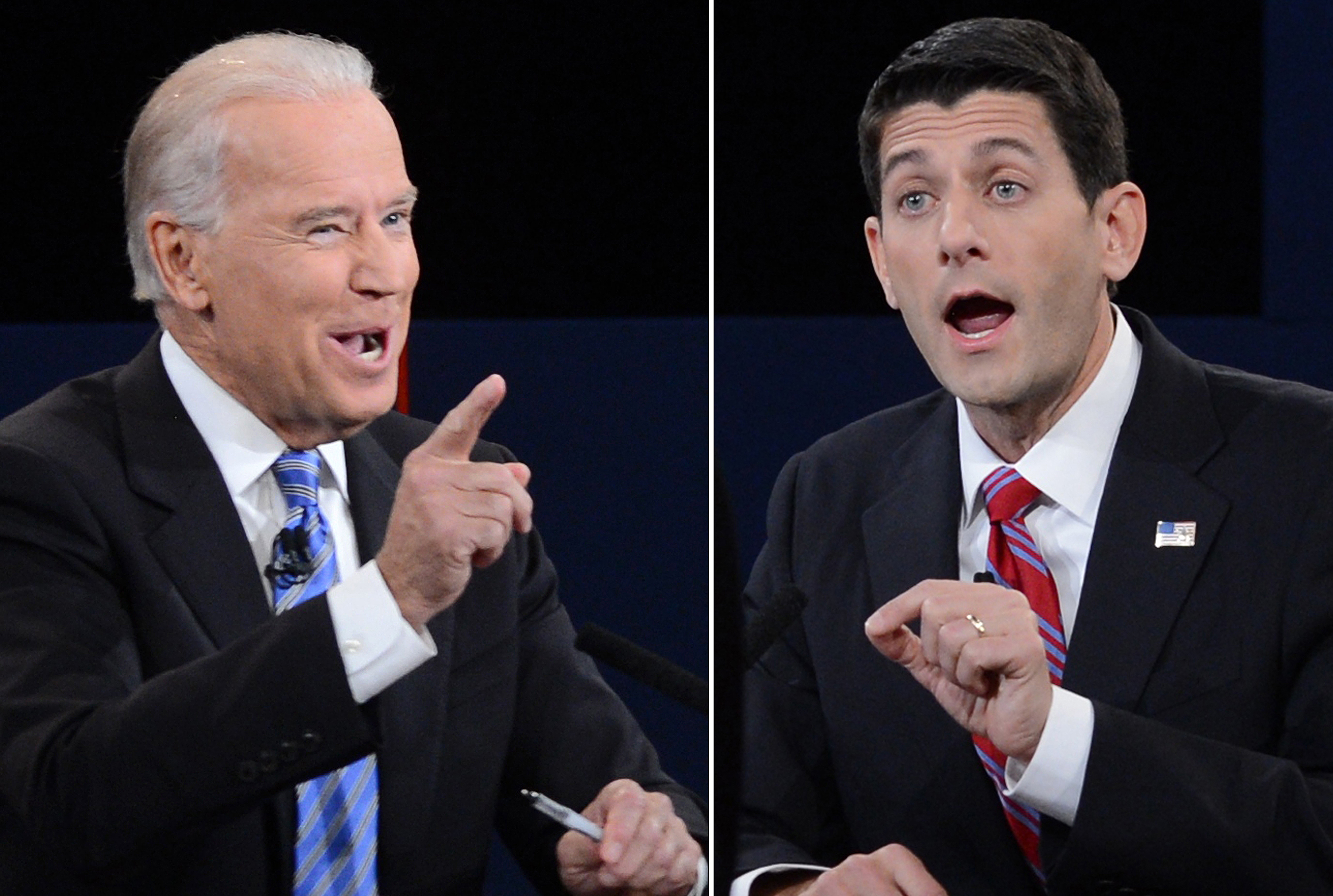 He wasn't the only Democrat smiling.

Thanks to President Obama's widely-panned debate performance last week, supporters of the current administration have been despondent over polls that show Mitt Romney pulling even in the race. It wasn't just that the president's national polling lead had disappeared - it was that the man leading the charge was so passive and passionless when given the chance to make his case to the American people.

No one is going to accuse Biden of a lack of passion. He dominated the debate: The oft-smirking vice president made a passionate case for the Obama administration's performance over the past four years and regularly interrupted his rival, deeming his claims what "we Irish call...malarkey." After pointing out that Ryan had solicited stimulus funds despite attacking the stimulus package, Biden burst into laughter in response to Ryan's sputtering defense, saying, "I love that, I love that." Republicans immediately deemed the performance "unhinged," but it was a tonic for Democrats: A forceful articulation of the values in which they believe and an unapologetic attack on the Republican argument.

Ryan, for the record, was perfectly fine. Biden kept him on the defensive, but the Wisconsin congressman put in a solid effort. He did nothing to alienate Republicans and had some strong moments that will appeal to the GOP base, chief among them his discussion of his opposition to abortion rights and his charge that the Obama administration had undertaken an "assault on religious liberty" and is "projecting weakness abroad."

But the night was all about Biden, who challenged everything and gave the sort of passionate appeal to middle-class voters that Democrats have been hungry for ever since the president's bad night last week. While Ryan was disciplined and relentlessly on message, Biden was, for lack of a better word, real - a fighter who appeared genuinely incredulous about what his rival was pushing. Mr. Obama didn't bother to mention Romney's now-infamous "47 percent" comments last week. Biden seemed to bring them up every chance he got.

More in Campaign 2012: The Debates

To understand the feistiness of Biden's performance, consider the conversation about Medicare. After Ryan made the case that the GOP is the better party for protecting the program, Biden appealed to voters to simply "use your common sense," adding that "their party's not been big on Medicare from the beginning." When Ryan said the tight sanctions are in place against Iran "in spite of their opposition," Biden replied, "Oh God." (That was shortly after he said, "I don't know what world this guy's living in.") When Ryan was challenged on his ticket's vow to cut taxes by 20 percent without cutting revenue by eliminating unspecified deductions and loopholes, Biden spoke over Ryan with the words "not mathematically possible."

Some independent voters may be turned off by all this - although a CBS News poll of uncommitted voterswho watched the debate picked Biden as the winner 50 percent to 31 percent for Ryan. And most Democrats, based on their comments online during and immediately after the debate, simply ate it up.

A vice presidential debate is not going to change the fundamentals of the presidential race. Early indications are that there was less attention to Thursday's debate than there was last week, and most voters make their choice based on who is at the top of the ticket. But it will help change the narrative, and, just maybe, help Democrats close the enthusiasm gap somewhat in crucial swing states like Colorado and Wisconsin. And after a very rough week for the party, that's got to be considered a victory.