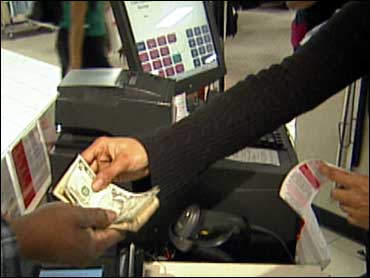 
National retailing during a recession is nothing if not pushing limits. And with today's new IT-fueled marketing options such as mobile, social networks, video sites, SMS and geolocation, those limits look almost limitless. At Best Buy, though, the $50 billion 1,023-store chain wants to throw up a few roadblocks for the hungry manager who might be prone to being a tad bit overzealous. In the rush for market share and profits, is it realistic to get already scared managers to worry about-dare we say the word-ethics?

Kathleen Edmond, the chain's Chief Ethics Officer and an attorney, thinks it's not only realistic, it's indeed about survival and profit-retention. Put bluntly, her job is to get conversations started, to ask uncomfortable questions and to make sure that the revenue and profits of Best Buy a year down the road aren't jeopardized because some LOB managers didn't think a strategy through.

"This is crucial if you're out there for the long term and you want to stay in business," Edmond said.

When asked about the most recent ethics issues she's been dealing with, her first response was credit card applications. "When we're talking about extending credit, do we offer it to students? How hard should we push?"the attorney asked. "Do we have a duty to inform the parents? What's the balance of that?"

Edmond's ethics issues aren't strictly limited to the marketing and technology moves of Best Buy corporate. As a chain that sells lots of cell phones, she focuses on how consumers should use them. "What about sexting? Do we have an obligation to talk with parents? What I want people to do is think about these things. Do we want to offer a parental control function?" she asked. "Are we the moral police? God no. I don't believe you can give 160,000 people a set of rules."

She spoke of some recent interactions with competitive intelligence teams and observed how it's often people in those meetings who start to feel uncomfortable with the approach.

"More often than not, it's other people in the room"that she hears from. "They'll say, 'That doesn't feel like who we are.'"(With some chains, though, it might be closer to "Ick! That feels exactly like who we are. I need to leave this meeting and take a shower.")

As one of the nation's largest retail chains, Best Buy has certainly had its share of ethical lapses recently, ranging from stories of Best Buy employees playing hide-and-seek with merchandise to avoid having to process the order, a holiday gift registry program that included the chain's employees peeking at the gift lists for marketing purposes, executives criminally accused of misleading customers about pricing differences between the Web site and the store and employees who tricked customers about the pricematch program.

But Best Buy is far alone on the retail ethical challenge front and a big part of that is that American consumers have been remarkably forgiving when such matters get reported. Indeed, many retailers see that consumer attitude as, in effect, giving retailers permission to engage in such practices, with many concluding that it means that consumers don't mind the deceptions. This begs the question: If consumers give retailers a greenlight on privacy abuses, who will set the limits?

A common theme among Edmond's examples is that even a moment that seemingly serves the interests of both the buyer and the seller may be unethical and ill advised. "If you're going to use someone's lack of sophistication in a way to benefit you and they've not objected, that doesn't mean that it's the right thing to do,"she said.

"There were throngs of people signing up for mortgages that were not good for them." Was it ethical for banks to approve loans to consumers if the banks knew it was unwise in those cases?

On the IT side, Edmond spoke of geolocation rules for mobile marketing. "I would ask, "What is the business purpose for this?' As long as the customer is fully informed and the customer says 'I want to give you access to my movements for this purpose,' you may access it for the sole purpose [specified]. Do you have the discipline to only do what you have been given permission to do?"

She cited an example of an overseas site where Best Buy does some of its manufacturing. At that site, there are mountains of product from a key Best Buy competitor in addition to valuable competitive intelligence for the taking and for the looking. And, yes, Best Buy's products are also in plain sight of employees of the rival chain.

Is it ethical to take advantage of that oversight? "Should we ask them to sequester our stuff?"

Edmond didn't offer an answer. Her job is not to suggest answers. It isn't even to merely ask the right questions. She's trying to train managers' minds so they can come up with-and answer-the right ethical questions on their own.

If someone was seeking the least likely places to find the Socratic method being practiced in 2009, most people would have considered Best Buy's executive offices an excellent wager.

Population Decline Is Bad For Us
Charles Cooper