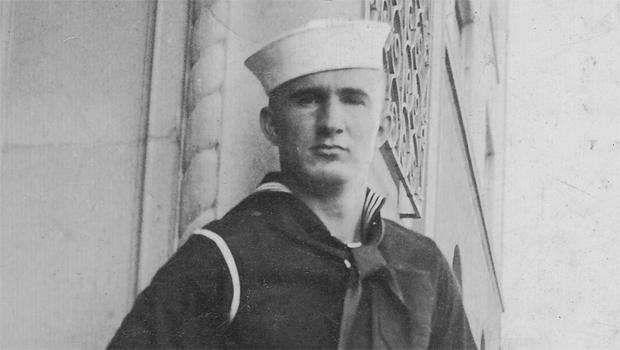 Against all odds, brave sailors struggled to save their fellows during the attack on Pearl Harbor 76 years ago this Thursday. But for the hero who saved two lives aboard the battleship Arizona that day, official recognition took almost as long. Our Cover Story is reported by David Martin:

On December 7, 1941, a Japanese bomb went off in the forward ammunition magazine of the USS Arizona, setting off a cataclysmic explosion. More than 1,100 Marines and sailors were killed.

Donald Stratton and Lauren Bruner survived the inferno, and then beat the actuarial tables to live well into their nineties. They came to Washington to win recognition for the sailor who saved them that day.

"We got out on the deck, on the hot steel deck, and he throwed us a heaving line," said Stratton.

The sailor was on the repair ship USS Vestal tied up next to the Arizona. Stratton, Bruner and four other men were trapped on that platform, badly burned and about to be roasted alive.

"After about three or four throws, he finally got the line over to us," Stratton recalled. "We pulled it across and tied it off on the Arizona, and we went hand-over-hand across the line to the Vestal, about 70 or 80 feet. He was probably the only guy that could have got that line to us."

For years, neither man knew who that sailor was. But now they do. He was a 26-year-old Boatswain's Mate named Joe George.

Before he died, George did an interview with University of North Texas for an oral history of the "day of infamy." It is the only record that exists of him telling his own story.

"One of these books is written about Pearl Harbor that the unknown sailor on the Vestal throwing a line over to the Arizona sailors. I'm that unknown sailor that whoever wrote the book didn't find," he said.

When Martin characterized George's description of his role as understated, George's daughter, Joe Ann Taylor, replied, "Yep, well, that's kind of probably how he was about it."

Taylor had never heard her father tell that story, until she heard the recording: "That was so emotional. My father had been dead 19 years, and I hadn't heard his voice in 19 years, and I sat out there in the garage in the car, and I just cried and listened to him talk."

"They were surrounded by fire on the Arizona. They were stranded over on the ship and they were trying to get off."

Joe George was the kind of sailor you read about in books. "My father had, I'd say, a wild streak in him; he got himself in trouble a few times," Taylor laughed.

An amateur heavyweight boxer who fought in Friday night smokers, he would take his winnings, go drinking, and usually end up in another fight -- which is what happened on the Friday night before the Pearl Harbor attack.

"He was brought back by the MPs to the ship and, you know, ordered to stay on the ship," Taylor said. "That's why he was there on that Sunday morning. I always say, because that's where God meant him to be and put him there."

But God apparently didn't want George to receive a medal for what he did that day. When his daughter wrote the Navy, nothing happened.

Martin asked, "Have you been surprised by how hard it's been?"

"I'll be honest, it can be overwhelming and depressing sometimes, because his story is real, and so it is hard," she replied.

George had already been commended for his actions by Captain Cassin Young, the commanding officer of the Vestal, a fact Taylor learned when she found his log book, containing his entire career, in a drawer at her mother's house. "You can look through there and see exactly the ships he's been on, where he was stationed," she said.

Including the USS Vestal, Pearl Harbor, with this notation: "Aided men from the USS Arizona which was afire in getting over to the Vestal and assisted in the ship getting clear of the Arizona."

But for her father to receive a medal, Navy regulations required two sworn affidavits from eyewitnesses. There are only five survivors of the Arizona still alive. Two of them, Stratton and Bruner, had been saved by George.

"What are the odds of that?" Taylor said. "It was just incredible. Well, which makes you think his story was meant to be told."

The eyewitness reports read, in part, "Had it not been for Joseph George and his heroism, we would have all perished in the fire that was engulfing the Arizona."

Documents in hand, Joe Ann Taylor, Lauren Bruner and Donald Stratton took their case not just to the Senate, but to the Pentagon, where they met with Secretary of Defense mattis, the Chairman of the Joint Chiefs, and the Chief of Naval Operations -- and finally, to the White House and the Commander-in-Chief.

"We will always honor and remember a man whose courage knew no limits," said President Trump.

Taylor said, "I know. It was a gift from God. It was a blessing. It was wonderful."

"After that visit to Washington, your father was no longer the unknown sailor."

"For me, personally, and my family, that's the most wonderful thing that has occurred through all this -- that now, he's not the unknown sailor; he's known as the man who did what he did. And I'm eternally grateful for that."

"And history. That's the best part of it."

And history will show that on this 76th anniversary of Pearl Harbor, Boatswain's Mate Second Class Joseph L. George received the Bronze Star with a "V" for valor for his actions on December 7, 1941.