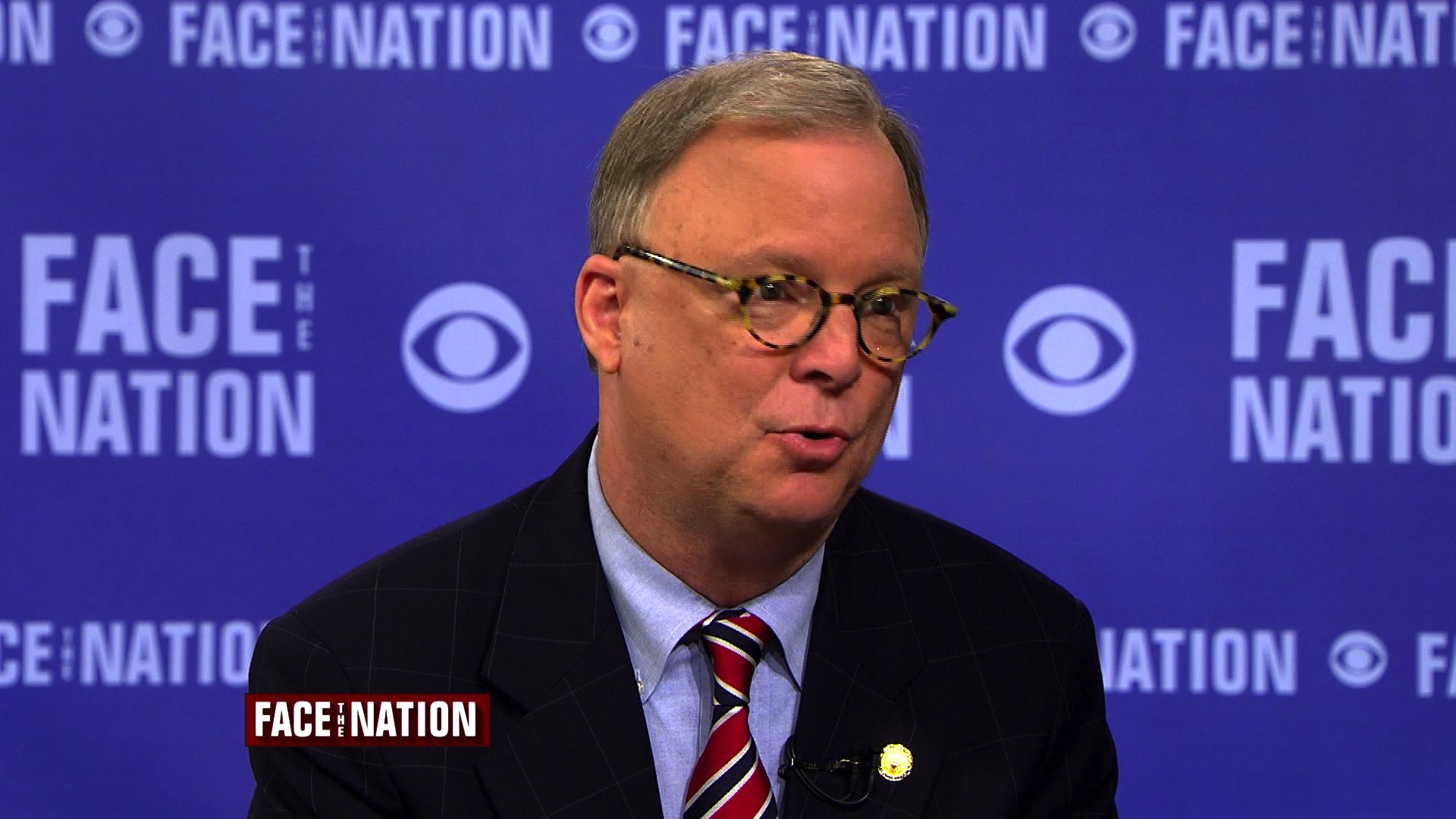 Robert Sumwalt, a member of the National Transportation Safety Board (NTSB) working on last week's Amtrak derailment that killed eight people, expressed skepticism that someone shot at the train before it came off the tracks last Tuesday night.

"I'd like to downplay that part. I've now seen the fracture pattern. It looks like something about the size of a grapefruit, if you will. And it did not even penetrate the entire windshield," Sumwalt said in an interview on CBS' "Face the Nation" Sunday.

The NTSB said last week that a projectile appears to have hit the windshield of the train prior to the crash. The FBI is helping the agency analyze the fractural pattern of crack in the windshield, but Sumwalt cautioned that there is still not enough information to determine whether it was related to the train derailment.

"It could be completely coincidental or it could be causal. And that's exactly what we intend to find out," he said.

Sumwalt said the train's engineer, Brandon Bostian, has been cooperating with the investigation and met with the NTSB on Friday. He said that Bostian's claims not to remember anything about the crash are plausible, likening his situation to victims of automobile crashes who also don't remember what happened during a traumatic event.

He declined to weigh in on the question of whether funding for the rail agency might have contributed to the crash. On the stretch of track where the accident occurred, Amtrak had not yet installed a system called Positive Train Control that puts a computer in charge of the train controls if there is engineer error that could lead to potential danger.

"We believe that positive train control, if installed and operational, it would've prevented this accident," Sumwalt said.

Amtrak is not required to finish installing the controls until the end of the year, but Sumwalt said the NTSB will be examining the management decisions that led to the system's installation on some parts of the track but not others.

Sen. Bob Casey, D-Pennsylvania, said in a separate interview on "Face the Nation" that members of Congress must do "everything possible" to support Amtrak as it finishes installing the train controls.

"The Congress should not put Amtrak in the position of choosing between positive train control safety and fixing crumbling bridges. We have to do both. And we've got to make sure they have the resources to do that," he said. "We don't know the connection between funding and this incident, but regardless, Amtrak needs more funding. I've been advocating for years."

He said lawmakers should fund the rail system at the levels proposed by President Obama -- $2.45 billion - rather than making cuts. The House is finishing up work on a bill that pares funding from from $1.4 billion to $1.13 billion, which they say is necessary because of mandatory budget cuts called sequestration.