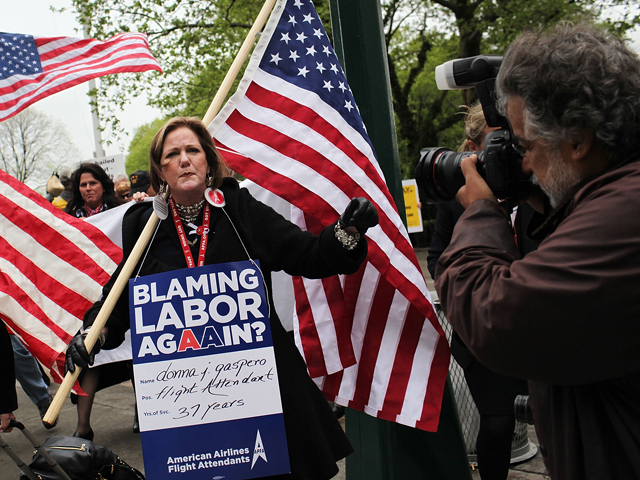 AMR Corp. (AMR) and American filed the suit Friday as part of their bankruptcy case in federal court in New York.

The airline wants the bankruptcy judge to rule that it can end the benefits as a way to cut costs in "sound business judgment." American says it never promised benefits to last the retirees' entire lives, and it reserved the right to change the benefits plan.

"The restructuring process is difficult for everyone affected, and we understand any changes to these benefits are concerning to our retirees," said Bruce Hicks, an AMR spokesman.

Hicks said the changes were "very similar" to those the company has proposed for active employees when they retire.

The company had already proposed ending paid retiree medical benefits for current employees after they retire. AMR said on a company website that it would "provide access to retiree medical coverage" for future retirees who pay for the insurance themselves.

The airline filed Friday's lawsuit against the Committee of Retired Employees, a group that looks out for retirees' interests in the bankruptcy case. Messages for comment left with a committee member and two attorneys were not immediately returned.

In the lawsuit, AMR said that its liability to provide the benefits for current retirees was $1.26 billion in 2010, and its liability for covering retirees of TWA, which AMR bought in 2001, was $111 million. The company has lost more than $10 billion since 2001 and has continued losing money even as other airlines returned to profitability in recent years.

AMR, American and AMR's regional airline American Eagle filed for bankruptcy protection on Nov. 29. American is trying to cut spending on current workers by more than $1 billion per year, or 17 percent, through layoffs, reduced benefits and greater productivity.