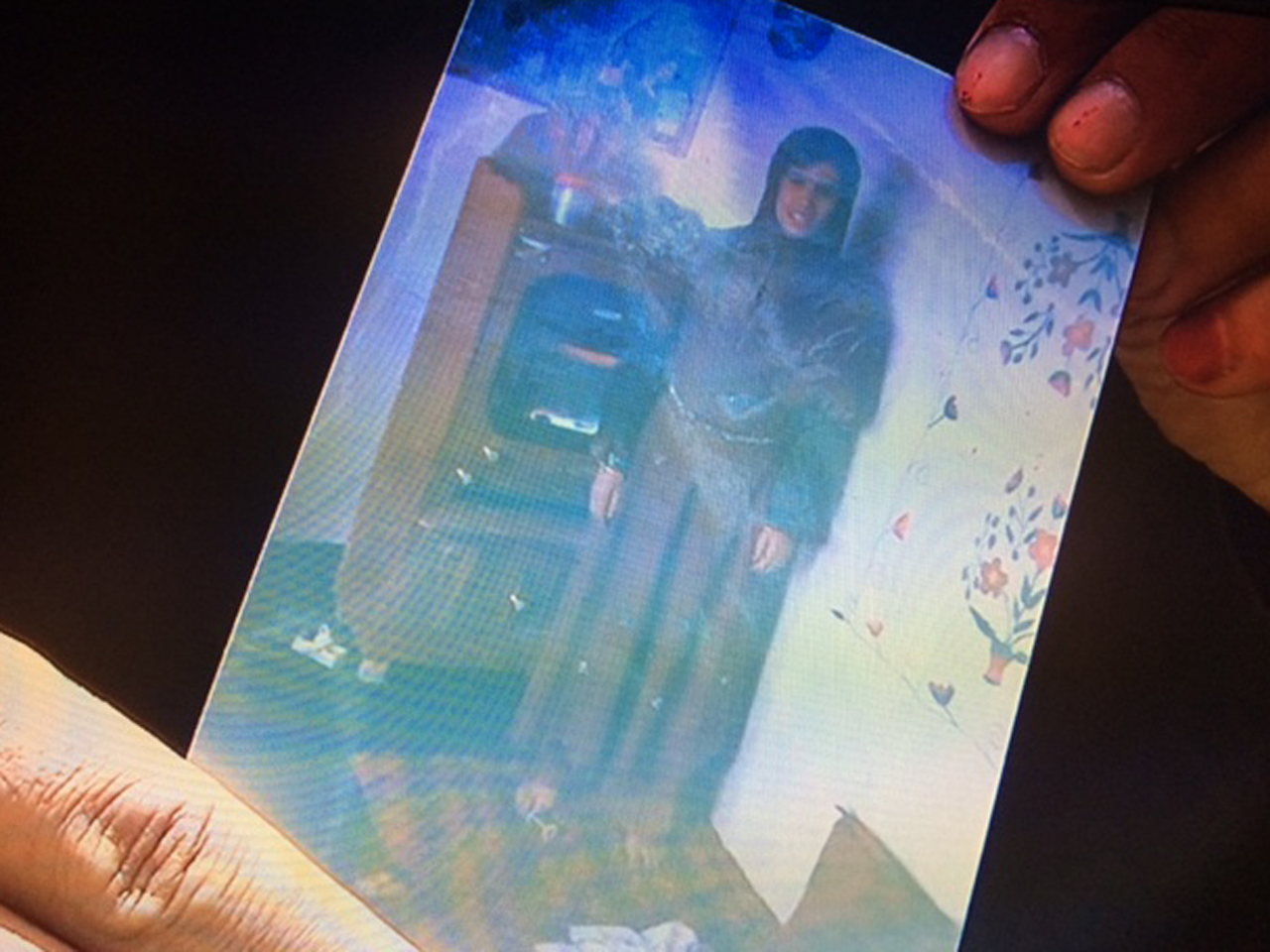 KABUL -- As music played to celebrate the arrival of a new baby in his family, Muhammad Saber had every expectation the night would continue and end on a joyous note.

U.S. and Afghan troops had stormed into his family's compound and, by the early morning hours, they would stand accused of killing five members of his family in Gardez, the capital of Afghanistan's Paktia province.

"Night turned to black and Americans killed five members of my family," Saber said. "I lost my pregnant wife, my brothers, my sister and sister-in-law."

In total, five people were killed in the U.S. raid. NATO and U.S. forces have been responsible for the deaths of 1,800 Afghan civilians, including women and children, between 2009 and 2013, according to a new report by the London-based rights group Amnesty International.

"I would have worn a suicide vest"

"We thought the Taliban attacked us, but in few minutes, we found that they are American Special Forces who attacked our home," Saber told CBS News on the sidelines of an event Monday in Kabul organized by Amnesty International.

Seeing what happened to Dawoud, the women of the house tried to keep Saber's brother Zahir, a government attorney, from going out into the yard to see what was going on.

"Suddenly gunshots fired. Zahir was killed as the three women were holding onto him, to keep him from going outside," said Saber, claiming the U.S. Special Forces "broke down our door with a rocket, handcuffed and tortured us."

As the report states, Saber's case isn't an anomaly. During the 13 years since the U.S.-led invasion of Afghanistan, hundreds of Afghan civilians have been killed in international military operations, says Richard Bennett, Asia-Pacific program director for Amnesty International.

The group's 84-page report released Monday, titled "Left in the Dark," says many of those victims have been left without any sense of justice being fulfilled.

"Thousands of Afghans have been killed or injured by U.S. forces since the invasion of Afghanistan, but the victims and their families have little chance of redress," Bennett said Monday. "The U.S. military justice system almost always fails to hold its soldiers accountable for unlawful killings and other abuses."

Victims' families have urged both the United States and the Afghan governments to bring those responsible to justice.

The U.S.-led international military coalition in Afghanistan, known as ISAF, released a statement Monday stressing the fact that civilian casualties from western military action have fallen sharply in recent years, while civilian deaths caused by the Taliban and other militants have increased.

"ISAF thoroughly investigates all credible reports of civilian deaths and injuries when tactical circumstances allow, and conducts after-action reviews to determine the specific circumstances of each event. Coalition leadership also ensures that ISAF takes steps to minimize the risk to civilians during military operations and works with our Afghan partners to do the same," the statement said.

The month after the attack, a report in The Times of London said Afghan investigators had determined American troops removed bullets from the bodies of the victims and tried to "cover up" the incident.

NATO confirmed that the five civilians were killed erroneously in the nighttime raid by U.S. and Afghan Special Forces, with spokesman Lieutenant-Colonel Todd Breasseale telling The Times the home was stormed based on a tip suggesting a Taliban militant was hiding there.

"Despite earlier reports we have determined that the women were accidentally killed as a result of the joint force firing at the men," Breasseale told the paper. The Western military alliance denied the claims that there was any deliberate attempt to cover up the killings.

Saber told CBS News that to date he has received no compensation and, more importantly, seen no indication that justice will be done for the losses inflicted upon his family.

For him and other Afghans, the failure of either their own government or the U.S. government to address their grievances is too much to bear and, left to fester, the grief turns to anger.

"If I could, I would have worn a suicide vest and killed American troops," said Saber. "But I can't, because I have children to look after."

"We will take up arms"

Afghan and American Special Forces arrested Naimatullah and three of his brothers two years ago in Maidan Wardak province, west of Kabul.

Naimatullah was released within a few hours, and one of his brothers within a few days. The two other brothers, Sidiqullah and Esmatullah, were found dead months later close to an American Special Forces base in the remote Nirkh district.

In early 2013, after complains from Wardak residents that American Special Forces at the outpost were harassing locals, detaining and torturing them with impunity, President Hamid Karzai ordered the U.S. troops to leave the province.

"None of the cases that we looked into -- involving more than 140 civilians deaths -- were prosecuted by the U.S. military," Amnesty said of the allegations over the outpost in Nirkh. "Evidence of possible war crimes and unlawful killings has seemingly been ignored."

"If we fail to get justice," Naimatullah told CBS News on Monday, "we will take up arms and fight American troops."

Amnesty International called on the Afghan government to ensure that accountability for unlawful civilian killings is guaranteed in any future Bilateral Security Agreement (BSA) signed with NATO and the United Sates.

According to an Afghan official, clauses guaranteeing the protection of civilians remain the main point of contention in the strained relations between the United States and Afghanistan, and the key factor in current President Karzai's stance on a new BSA with Washington.

President Karzai's spokesman Aimal Faizi told CBS News the phrasing on civilian protections has been "a long-standing sticking point, which is one of the reasons for our refusal to sign the BSA with the U.S."

"President Karzai's focus has always been on how to stop civilian casualties in a war which is not ours, but forced on us," said Faizi.

Amnesty International also called upon the Afghan government to immediately establish its own mechanism to investigate abuses by the Afghan National Security Forces, who will assume full control of military operations from international military forces by the end of 2014.