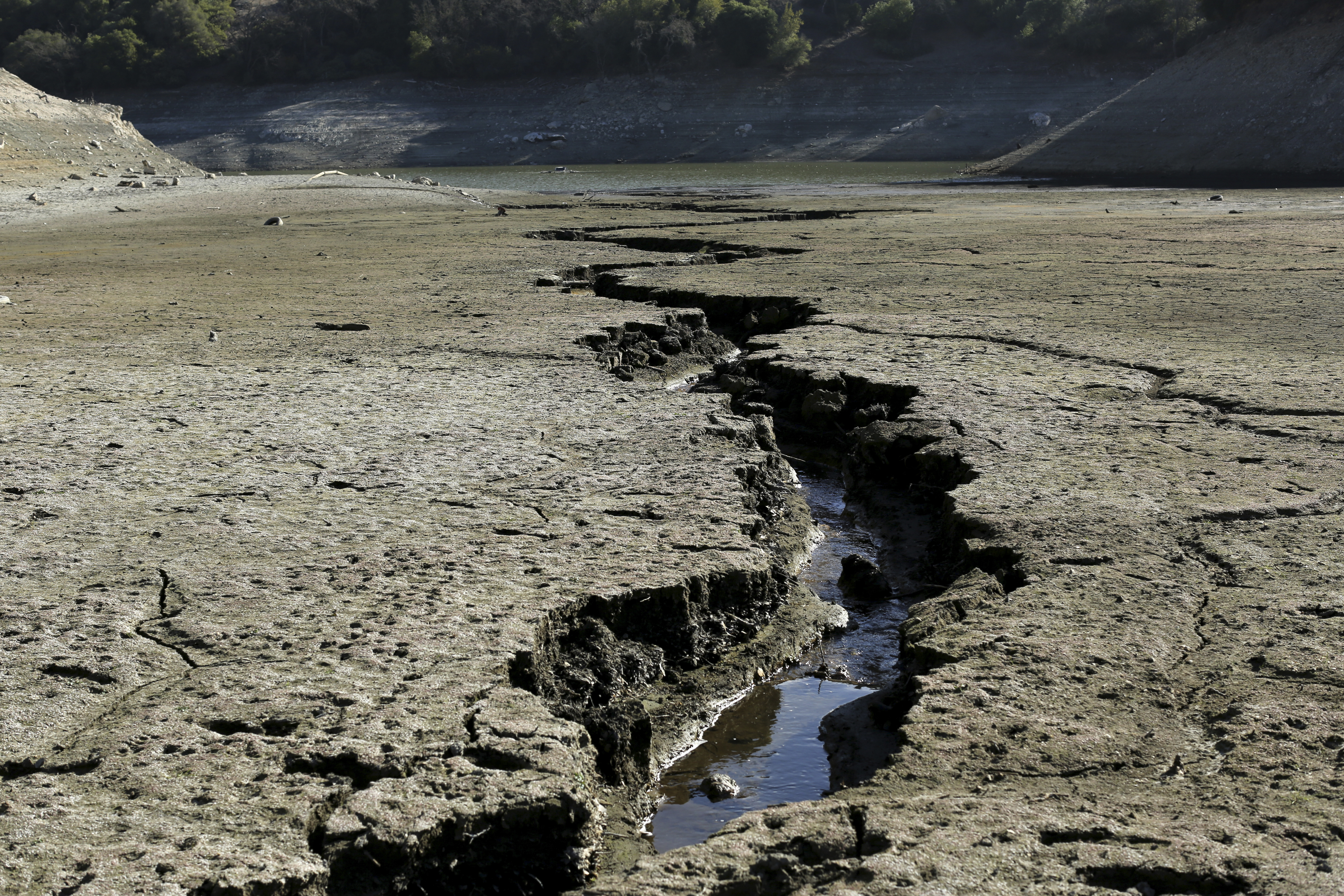 As Democrats and Republicans fight about the best way to deal with California’s historic drought, President Obama is traveling to the Fresno area, Friday, where he’ll take part in a roundtable with those affected by the drought.

During his visit, the White House says, Mr. Obama will lay out a laundry list of efforts his administration is taking to help those affected, including:

The president’s visit comes as the drought has become somewhat of a political football.  Last week, House Republicans passed a bill to divert water to California's parched Central Valley farms, water that now flows to preserve rivers and endangered fish.

On a recent visit to California, House Speaker John Boehner, R-Ohio, called the drought's devastation a man-made disaster, saying, "How you can favor fish over people is something that people in my part of the world would never understand."

In response, Gov. Jerry Brown, D-Calif., called the Republicans' actions an unwelcome and divisive intrusion into California's efforts to manage this severe crisis.

The bill would reallocate water from the San Joaquin Delta to farmers south in the Central Valley and stop efforts to restore the San Joaquin River, which now runs dry a short distance west of Friant Dam.

Political scientist John Pitney said, "This is a partisan water war. The Republicans are siding with farmers. The governor is siding with environmental interests."

Brown, whose administration supports the bill proposed by the Democrats, said he is doing what he can to find middle ground, rather than exploiting the drought as a chance to throw "cheap rhetorical missiles" at the other side.

"Look, if anybody can get it done, I can get it done," Brown said Wednesday during a visit to Tulare, Calif., in the heart of California’s Central Valley – the state’s agricultural heartland. "I'm working night and day to achieve it." He did not elaborate on those efforts.

He added that bickering among federal lawmakers over drought aid accomplishes nothing.

Brown said the farmers he met with in Tulare expressed their frustration, which he shares.