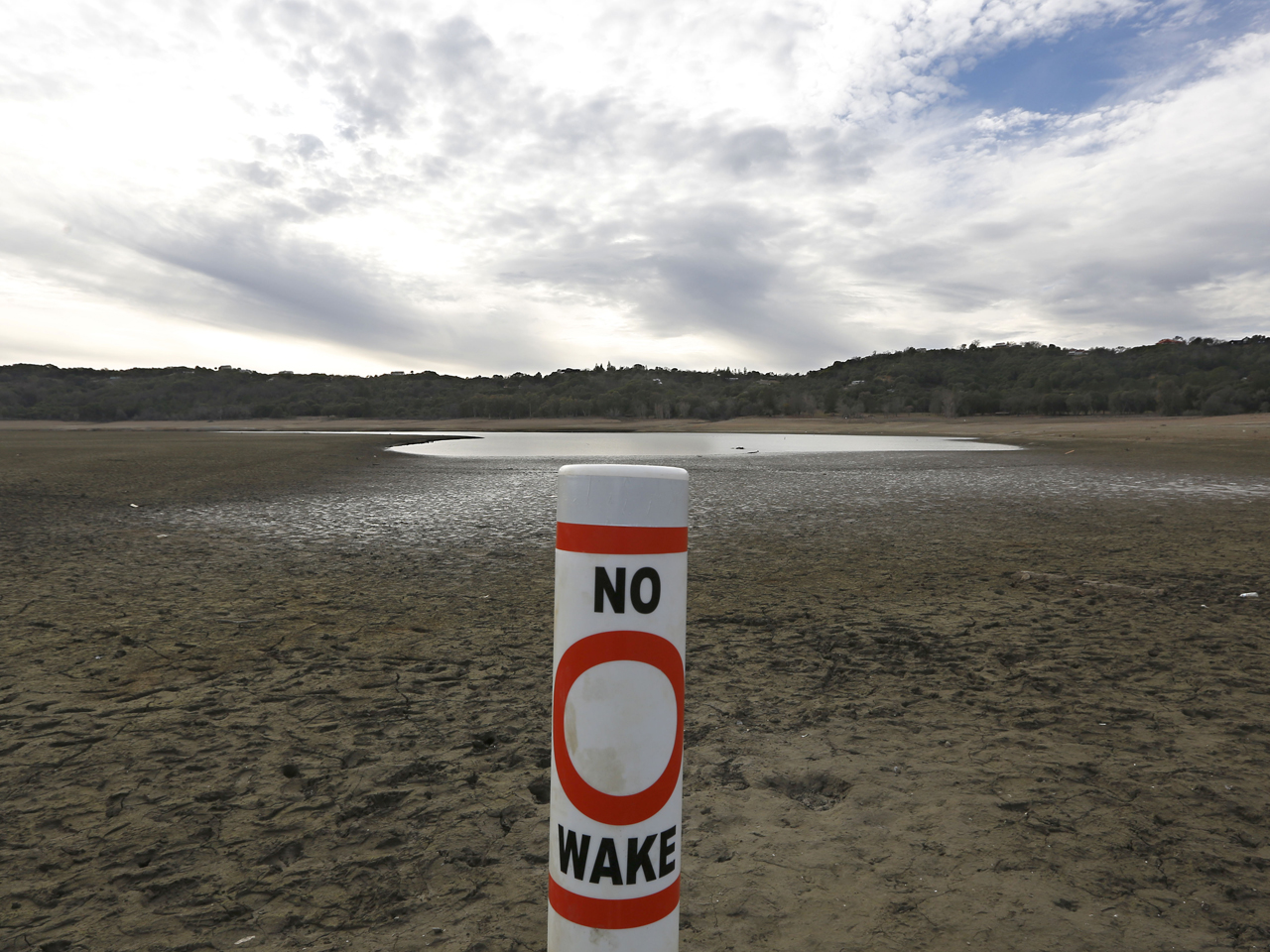 Los Angeles expected rain Thursday, but it won't be enough to help a severe drought with 75 percent of the state in an extreme or exceptional drought.

The House passed a bill Wednesday to address the water shortage, but as Bill Whitaker reported on "CBS This Morning" the crisis is turning into a political football.

With California in the throes of the worst drought in modern history, Gov. Jerry Brown is calling on residents to do their part, telling people to not flush their toilets more than they have to and not to shower longer than they need.

But in Washington, D.C., the intensifying heat of this midterm election year highlights that working together is not in Democrats' or Republicans' campaign playbooks.

On a recent visit to California, House Speaker John Boehner, R-Ohio, called the drought's devastation a man-made disaster, saying, "How you can favor fish over people is something that people in my part of the world would never understand."

In a letter, Brown called the Republicans' actions an unwelcome and divisive intrusion into California's efforts to manage this severe crisis.

California Rep. Mike Thompson was one of 189 Democrats to vote against the bill. Thompson said on the House floor, "Even if we pumped as much water as possible, Central Valley farmers still wouldn't have enough."

But in a state where Republican elected officials are increasingly an endangered species, GOP candidates are running on water.

Political scientist John Pitney said, "This is a partisan water war. The Republicans are siding with farmers. The governor is siding with environmental interests."

There's no chance the House bill will pass the Democratically controlled Senate. And there's no doubt the bitter drought will remain a bitter campaign issue.

Leonardo DiCaprio shares his passion for the environment with Gayle King and why it's not just a celebrity cause for him.

It is the second deadly attack by a fort hood soldier in the last five years
Thanks for reading CBS NEWS.
Create your free account or log in
for more features.
View CBS News In
CBS News App Open
Chrome Safari Continue
Be the first to know
Get browser notifications for breaking news, live events, and exclusive reporting.