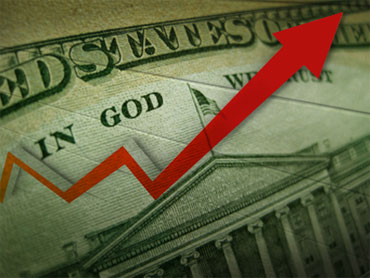 Everything may be bigger in Texas - except the impact of the recession.

Six Texas cities took spots on a list of the 21 areas of recession-proof metro areas put out by MetroMonitor, a quarterly report released by Brookings Institute's Metropolitan Policy Program.

The report looks at indicators - such as employment, unemployment, output, home prices, and foreclosure rates - for the nation's 100 largest metro areas through the first quarter of 2010, which ended in March.

About two and a half years after the start of the recession, economic recovery still seems tenuous, according to the report. Housing markets continued to weaken and the expiration of federal homebuyer tax credits could worsen the situation later in the year. Most of the job creation in May was due to temporary hiring for the Census. Unemployment fell for the season from 9.9 to 9.7, but mostly because of the drop in people looking for work - nearly half of the unemployed were looking for work for more than six months.

The report authors Howard Wial and Richard Shearer argue that while most metropolitan areas continue to suffer - some areas haven't been as negatively affected and are recovering better.

Areas that have been hit hardest by the housing crisis, such as cities in Florida and California fared the worst as well as traditional manufacturing cities, like Detroit, in the Great Lakes region. In addition to Texas, smaller metropolitan areas in New York and Pennsylvania had the some of the smallest job losses since the start of the recession. Housing markets in Texas, the Great Plains, and upstate New York are also performing better than the rest of the nation.

Living near a government center or state capitals, which tend to have fewer job cuts and higher spending, also pays off. Of the 15 metropolitan areas with the lowest unemployment rates, one is Washington, D.C. and nine are state capitals dominated by government.

In terms of job grown, the most consistent gains are seen in the South. All but one of the eight other metropolitan areas that gained jobs in the first quarter and the previous quarter (Augusta, Austin, Charleston, Chattanooga, Dallas, Honolulu, Jackson, and Raleigh) are in the Southern United States.

The Guard members were asked by Capitol Police to leave the building and relocate to a nearby parking garage to rest during their shifts.