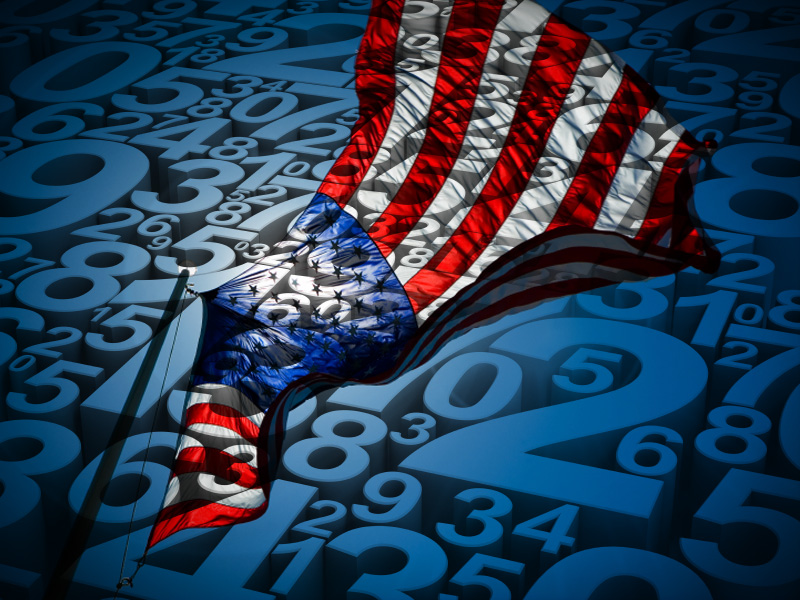 Just 29 percent of Americans have a favorable view of the Republican Party, down four points from May and just one point above the lowest favorability rating for that party recorded in this poll (in June, 2009). While more - 41 percent - have a positive impression of the Democratic Party, this percentage is also just one point above the all-time low for the Democratic Party, reached in November 1994.

National security is a particular strength for the Republican Party; 46 percent of Americans say the Republican Party will do a better job on that issue, compared to just 33 percent who choose the Democrats. Democrats lead as the party that better shares Americans' values, and they have a slight edge on immigration. Americans are divided as to which party would do a better job handling the economy.

Overall, Mr. Obama continues to hold a negative job approval rating. Forty-one percent of Americans approve of the job Mr. Obama is doing as president while 50 percent disapprove, numbers that have changed little since earlier in the year.

Americans are critical of how Mr. Obama has been responding to the conflicts in Ukraine and in the Gaza Strip. The president receives net negative ratings for his handling of both, as well as his handling of foreign policy overall (36 percent approve, 48 percent disapprove).

Americans are divided as to whether or not the president is a strong leader: 50 percent think he has strong qualities of leadership, while 47 percent think he does not. Positive assessment of the President on this measure has declined gradually over the course of his presidency.

More specifically, though 52 percent have at least some confidence in Mr. Obama's ability to handle an international crisis, just 25 percent say they have a lot of confidence - down 14 percentage points from last September, but similar to views in March.

Despite their reservations about the president, more Americans disapprove (54 percent) than approve (37 percent) of the lawsuit against Mr. Obama authorized by Republicans in the House of Representatives, which charges that the president exceeded his authority when he delayed a provision of the 2010 health care law.

Not surprisingly, there are partisan differences. Two in three Republicans approve of the lawsuit, while four in five Democrats disapprove. Just over half of independents disapprove.

While Americans are critical of the president, their view of Congress remains even more dismal: just 15 percent approve of the job they are doing, while 78 percent disapprove. Large majorities of Republicans (71 percent), Democrats (82 percent), and independents (80 percent) disapprove of how Congress is handling its job.

If the election were held today, the results would look much as they did in June, with Democrats holding a slight edge (41-37 percent). But among those who are more enthusiastic than usual about voting, Republicans have a lead (47-40 percent).

And just over a third of voters say they are more enthusiastic than usual about voting in November.

This year's election campaigns have yet to capture the attention of many voters. Just a quarter of voters are currently paying a lot of attention to the campaign.

The Direction of the Country

The national economy remains the most important issue to Americans: 58 percent of Americans rate the economy as at least somewhat bad, while just 40 percent rate it as good.