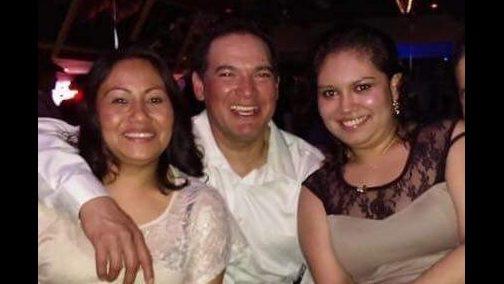 ACAPULCO, Mexico -- Five people visiting from the United States were among 10 people killed in a fiery car crash on a coastal highway in southern Mexico, authorities said Sunday.

A van carrying the family from Washington state as well as at least two local people collided with a motorcycle and another car. All of the vehicles caught fire.

CBS affiliate KIRO reports that Gaspar Gomez, his wife Maria, their 26-year-old daughter Denisse and two of her young children were killed. Denisse's 8-year-old son and her 18-year-old brother are in critical condition in Mexico.

"The SUV hit the van going pretty fast. It was speeding. There was good Samaritans around and they were able to get two survivors out before the car exploded," a family friend told KIRO.

A Go Fund Me account has been set up for the Gomez family to help cover medical and funeral costs.

Two people riding the motorcycle died as well as the driver of the other car.

Seven of those inside the van were killed, including five from the U.S. family and two Mexican residents.

The van was rented and carrying the family to Acapulco when the crash occurred in the municipality of Tecpan de Galeana.