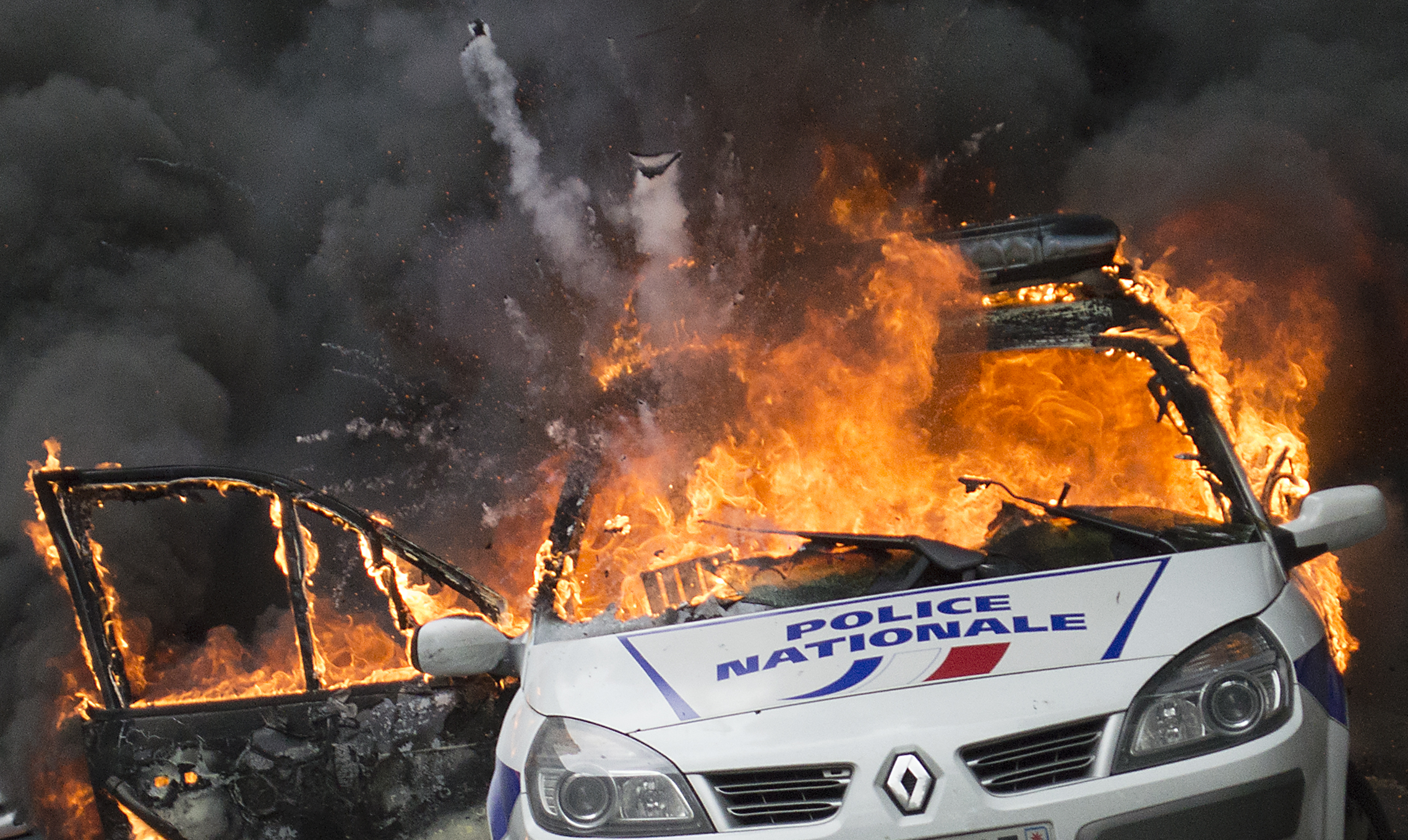 PARIS -- A 27-year-old American man has been given preliminary charges of attempted murder in an exceptionally violent attack on police in their patrol car that drew national attention, the Paris prosecutor's office said Sunday.

The suspect is among five people given various preliminary charges in the incident, in which masked protesters were caught on video smashing and torching the car while two officers were inside. It symbolized tensions between police and protesters amid months of demonstrations against a bill weakening worker protections.

The man has no fixed address and is in custody, prosecutor's office spokeswoman Agnes Thibault-Lecuivre told The Associated Press. His identity wasn't released.

Under questioning, the man acknowledged being at a protest on May 18 when the violent attack occurred, but denied a role in the violence, Thibault-Lecuivre said. He is suspected of throwing a post at the windshield of the car.

The May 18 attack came as police around the country were holding unusual protests of their own to decry violence during the labor demonstrations. Protesters allege police have instigated the clashes by using tear gas, water cannon, batons and pepper spray.

Near the site of the Paris protest by police, about 15 counter-demonstrators targeted the police car. The male driver fought off assailants when he got out of the car, and was hospitalized. He was later given a special award by the interior minister. His female partner suffered slight injuries.