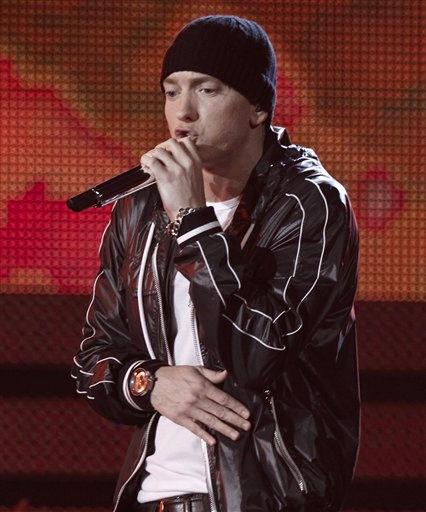 Martha Stewart's attempt to trademark "Katonah" — a move that has already riled some of her village neighbors — has now upset some American Indians because the name originally belonged to a 17th-century chief.

Two members of the Ramapough Lenape Indian Nation, which claims Chief Katonah as its own, have joined the anti-trademark battle being waged by the Katonah Village Improvement Society.

Other American Indian leaders on Tuesday said that Stewart's trademark application was offensive.

"If I wanted to trademark 'Martha Stewart' and put out a line of tea towels, she would have me in court very quickly," said Suzan Harjo, president of the Morning Star Institute, a national advocacy group. "She'd be saying, 'You can't use my name, that's valuable, that belongs to me."'

Clint Halftown, the federally recognized representative for the Cayuga Nation, said, "If it's being done for profit, then of course it's offensive. Of all the names in the world and all the words, why can't she pick something out that's not offensive?"

The town is the only "Katonah" in the entire country, reports CBS News correspondent Anthony Mason.

Stewart bought a 153-acre estate in Katonah, 40 miles north of New York City, for $16 million in 2000 and returned there in 2005 after five months in prison. Her company, Martha Stewart Living Omnimedia, wants to trademark "Katonah" for home furnishings, paints and other products, some of which are already on sale.

"We welcomed her when she came, but we're frustrated and confused that she would try to exploit the town in this way," said local newspaper editor R.J. Marx in February, when his paper first broke the story.

A spokeswoman for the domestic doyenne, Diana Pearson, has said Stewart "seeks to honor the town and the hamlet by using the word 'Katonah.'"

Pearson declined Tuesday to comment on the Indian opposition.

The village says Chief Katonah led the Ramapough Indians in the New York-New Jersey area and in 1680 sold land to white settlers.

The Village Improvement Society has launched a campaign called "Nobody Owns Katonah" to fight the trademarking of the name. Last week it announced the support of Autumn Scott and Steven Burton of the Mahwah, N.J.-based Ramapough Lenape group.

Scott, who co-chairs the New Jersey State Commission on Indian Affairs, said, "We trust that Martha Stewart intended no malice in seeking to have her corporation trademark the name of one of our great ancestral leaders, but for her to say she is doing so to honor him and our tribe is absurd especially when it is being done solely for profit."

"The fact that Ms. Stewart now stubbornly resists the opposition of our community, and the Village of Katonah, only reveals a heightened level of insensitivity," added Burton.

Many American Indian names, including some chiefs' names, are used for consumer products, from Mohawk carpets to Pontiac cars. John Cuti, a lawyer for Stewart, told the Village Improvement Society in February that the trademark "will not stop Katonah residents — or anyone else — from using the name Katonah exactly as they always have."

Katonah has never been sympathetic to commercialization, says Mason. Even Starbucks met resistance when it tried to open a branch there.

"All of a sudden we won't be known for us anymore. We'll be known for a brand of Martha Stewart products," resident William O'Neill told Mason in February.

"Should Martha Stewart be allowed to trademark George Washington's name? It's probably on the same level," Joe Heath, lawyer for the Onondaga Nation, said. "I just hope that if this is a legitimate concern by the Native American nation whose area that is, that people listen to them."

Harjo, who's Cheyenne and Muscogee, said Stewart "should ask the tribe's permission to use their name — and if they say no, she should move on to select another name. A lot of people seem to think everything is fair game when it comes to Indians: land, gold, water, whatever the commodity is."

House hunters take note: the market is starting to cool
Thanks for reading CBS NEWS.
Create your free account or log in
for more features.
View CBS News In
CBS News App Open
Chrome Safari Continue
Be the first to know
Get browser notifications for breaking news, live events, and exclusive reporting.