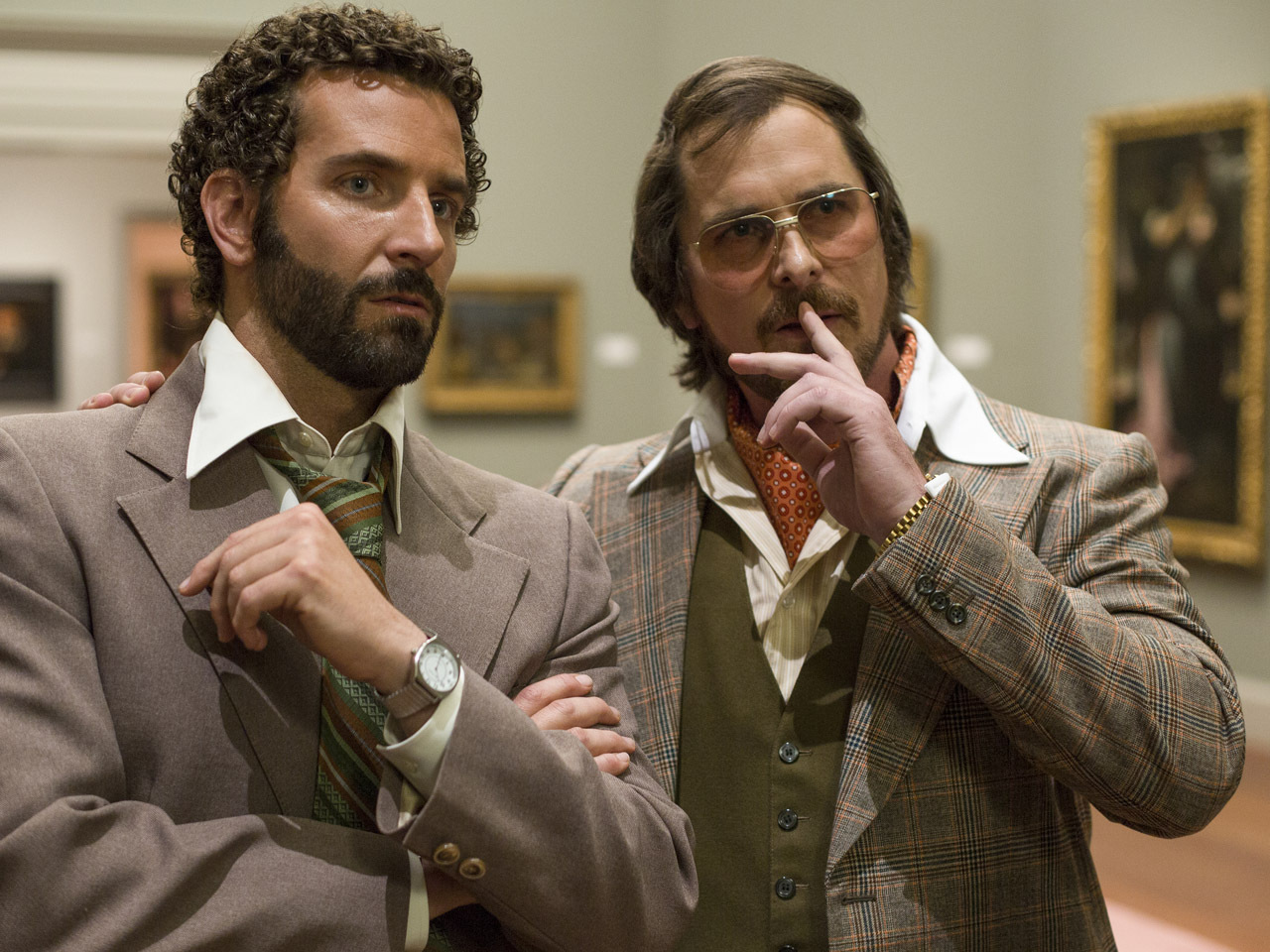 David O. Russell is looking to continue his hot streak with some "American Hustle."

The three-time Oscar-nominated director is teaming up with a slew of stars from his two previous smash hits, "The Fighter" and "Silver Linings Playbook," for the upcoming crime drama inspired by true events.

Sporting wigs and mustaches from the disco era, Christian Bale and Bradley Cooperare almost unrecognizable in the first trailer released from the film on Wednesday.

Given the success many of these stars have had with Russell in the past, it's no wonder they're back for another film. Russell previously directed Adams, Bale, Cooper, De Niro, and Lawrence in either Oscar-nominated or Oscar-winning performances (Bale won best supporting actor for "The Fighter" and Lawrencewon best actress for "Silver Linings Playbook").

"American Hustle" is being released at the peak of the awards-contender season, opening in limited release on Dec. 13 before going nationwide on Dec. 25.

Tell us: Do you think "American Hustle" will live up to the success of Russell's last two hit films?