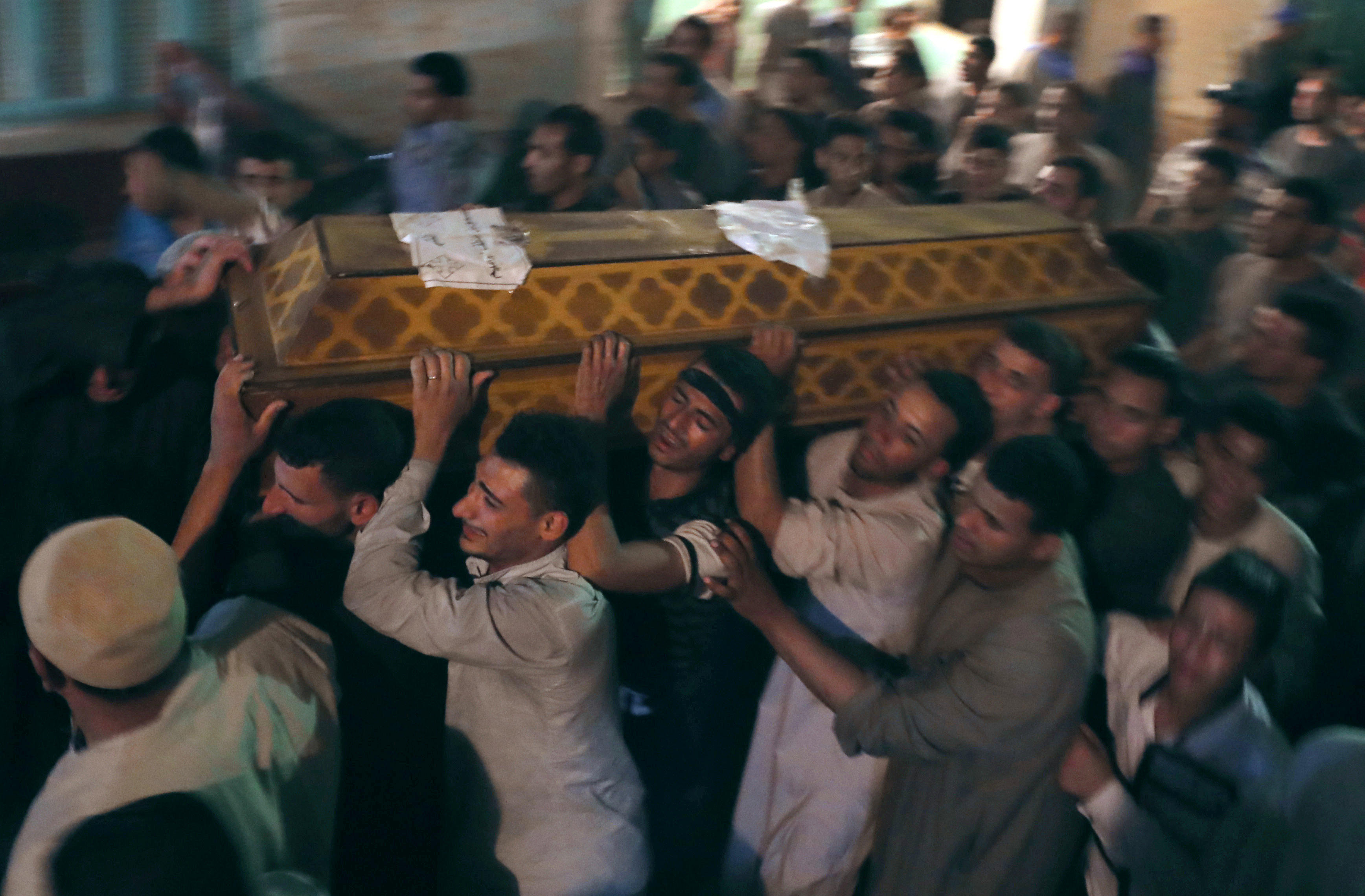 CHICAGO -- A Chicago-area family was mourning the loss of eight relatives killed in Egypt when masked militants fatally shot at least 28 people and wounded 25 others on a bus filled with Coptic Christians Friday, CBS Chicago reports.

Mohsen Morkous, an American citizen, was killed in the attack. His wife, Samia Ibrahim, also was shot but survived and was recovering Sunday in Egypt.

Family members in the Chicago area were left trying to make sense of it all.

At the St. George Coptic Orthodox Church in Monee, Illinois, Gerges Morkous turned to his Christian faith for strength after eight of his relatives were killed.

His uncle, Morkous, and aunt, Ibrahim, had traveled to their homeland to visit their children and grandchildren. They were on their way to church when gunmen shot the tires out of a bus, boarded it and then asked each person to denouce their Christian faith.

"When they asked each person about it, everybody say no, they shot them in the head," Gerges Morkous said. "They have no mercy; they shot the mans, children, womans, everybody."

Mohsen Morkous, the couple's two sons, a 4-year-old granddaughter, a 12-year-old grandaughter and three other relatives were slain. Ibrahim was among the 25 wounded.

Funeral services and burials were held on Friday.

"Two of them were my best friends," Hanna Keroles said.

Keroles used live in Egypt and grew up with Mohsen Morkous' sons.

"What happened two days ago was too hard for me to see," he said. "... We didn't do anything to those people to do this to us."

Yet, they forgive them.

"We also pray for those terrorists, that God may open their eyes and soften their hearts and forgive them their wickedness," the preacher said at Sunday's service at St. George.

The Islamic State of Iraq and Syria (ISIS) has claimed responsibility for the murders.